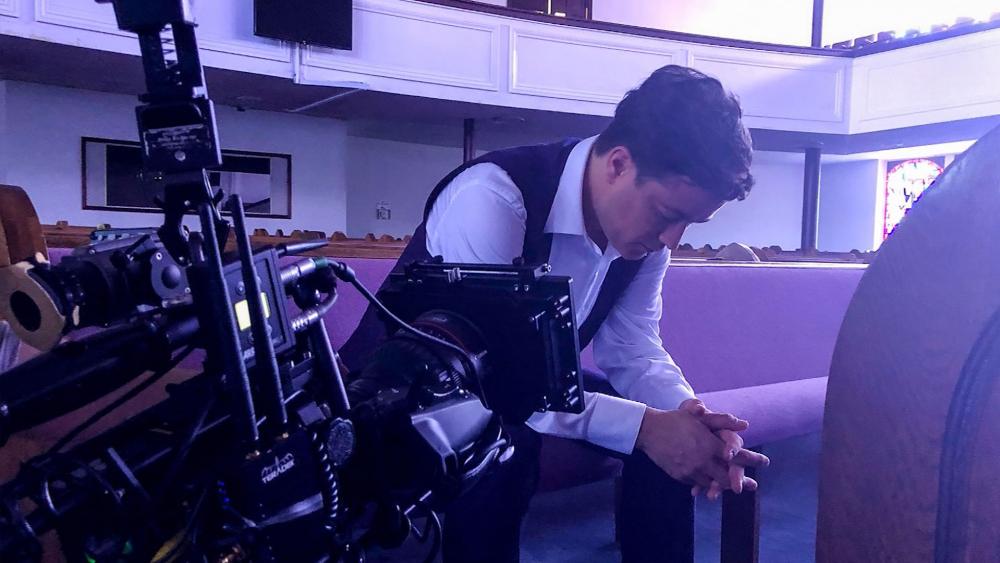 WASHINGTON – He's been called the Billy Graham of Latin America and now a new movie, "Palau," captures the life and legacy of evangelist Luis Palau.

Gaston Pauls plays Palau in the film and sat down with CBN News to talk about the experience.

Pauls met Palau at one of Palau's famous festivals.

Pauls, a well-known actor and TV personality in Latin America, was there to make a documentary.

"I went there, not to talk with Luis but to talk to the audience because I was really curious about this man," Pauls said. "How can he bring a lot of people, maybe millions of people, just to hear what he has to say?"

After the festival, Palau reached out to Pauls.

"He called me on the phone just to say, 'Thank you for that documentary that you did about me and maybe God one day will bring us together again.'"

And the two did meet again.

The movie begins when Palau is just a young boy in Argentina.

As a young man, he started by sharing God's word on the radio and preaching on the streets.

The Challenge of Portraying a Living Legend

Pauls' role picks up when Palau is in seminary in Oregon.

Before they started shooting Pauls wanted to meet Palau face-to-face.

"So, we met two years ago in Portland and I could see his eyes. I mean, everything is there. His humility, his humanity, his way of talking."

Billy Graham was an inspiration for Palau and became a lifelong mentor and friend. And just like Graham, God gave Palau the ability to reach the masses.

Pauls says one of the hardest parts of the role was picking up Palau's voice.

"He has a particular way of talking. He talks like, 'Hello Gaston. How are…' So I had to put my voice here," Pauls explained, pointing to his throat.

He remembers one especially challenging scene when he could no longer speak.

"I started to think, 'Please. This can't… I can't believe this.' Everyone was there looking at me, just thinking, 'Come on man, where's your voice?'" Pauls recalls. "So I started to pray… in front of the extras. They were standing to pray with me and maybe, I can't remember exactly, 20 minutes after that my voice came back and better. My voice was – I mean, like, never before, you know?"

He says it changed his.

"It's one of the most important projects in my whole life."

"Palau" will be shown in select theaters on April 4 and April 6. Click here for locations and times.