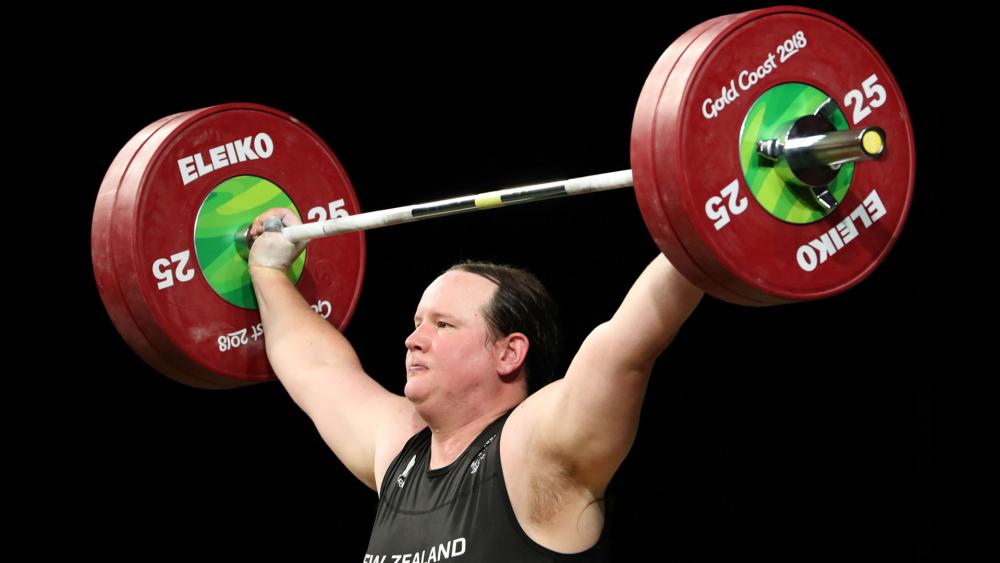 When transgender New Zealand weightlifter Laurel Hubbard won gold and silver medals in the Pacific Games last year, it further fueled the firestorm over biological males who identify as female competing in sports against natural-born females. Laurel, formerly known as Gavin Hubbard, used to compete for New Zealand in men's weightlifting. Now a new study published in the Journal of Medical Ethics adds some scientific heft to the argument that biological males competing against women have an unfair advantage.

That controversy is expected to dog Hubbard all the way to the Olympics in Tokyo next year where he will compete as a woman. The International Olympic Committee rules say trans athletes can do so if testosterone levels are below 10 nanomoles per liter for at least a year before their first competition. But this new peer-reviewed study from the University of Otago in New Zealand entitled "Transwomen in elite sport: scientific and ethical considerations," concludes that's not enough to make it fair for women athletes. Reuters quotes the study as stating IOC guidelines are "poorly drawn" and that those levels are still "significantly higher" than that of women. The study authors note that hormone therapy "will not alter bone structure, lung volume or heart size of the transwoman athlete...," all giving the trans athlete the biological edge. To make it fair, their suggestion is that a whole new category be created for transgender athletes to compete against each other.

New Zealand-based group "Speak Up For Women" advocates for sports to be categorized by sex rather than gender identity. The group's spokesperson Ani O'Brien told Reuters, "Kiwis (New Zealanders) know that males competing in women's sport is blatantly unfair."

Christian minister Franklin Graham agrees but says a greater understanding of the issue needs to be center stage. "Women's groups are rightly urging sports authorities to 'wake up' to the unfairness. I agree, but I think the waking up needs to go a lot farther. Parents, teachers, local officials...everyone needs to wake up about the dangers of the transgender lie. God created male and female. We are made different, down to our DNA."

But that argument has little support from Democrats in Congress. The Daily Caller reports that the Democrats' Equality Act, which passed in May with unanimous support from House Democrats, would make "gender identity" a protected category under federal anti-discrimination laws. That would force public schools to expand female athletic teams to include biological males who identify as girls.

House Judiciary Chairman Jerry Nadler said during a committee hearing that arguments of trans athletes "having competitive advantages have not been borne out."

Democrat representative from California Katie Hill also downplayed concerns over fairness during floor debate over the bill, "This is fear-mongering about transwomen playing in sports. Are you kidding me?" None responded to the Daily Caller's request for comment on this new study showing persistent biological advantages by trans athletes.

The Equality Act still must pass a Republican Senate, which is not likely to support it.  However, The Daily Caller reports Democrat presidential front runners have pledged to make the bill's passage a priority if elected.

Meanwhile, in the run-up to the Olympics, and as more transgender athletes beat their female competitors, expect the fairness debate over trans athletes competing against women only to intensify.