Ayatollah Khomeini: The Greatest Christian Missionary in the History of Iran 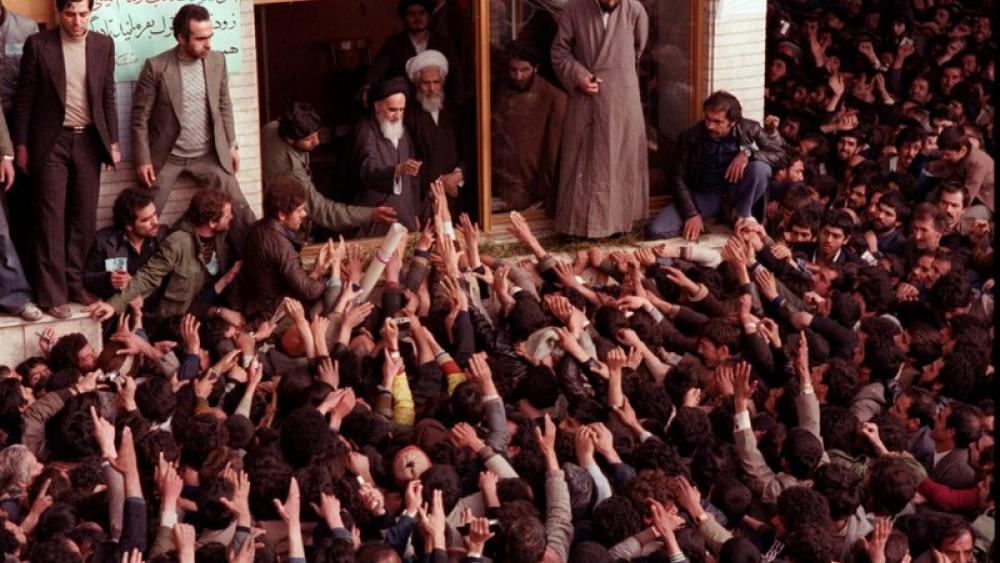 What if I told you that the greatest Christian missionary in the history of Iran was a devout Muslim? You’d think I was crazy, right? Or, at the very least, a liar.

But I’ve heard from more than one Iranian Christian over the past 20 years that the greatest missionary in the history of Iran — a history that predates Daniel in the Lions’ Den — is the Grand Ayatollah Ruhollah Khomeini, leader of the 1979 Islamic Revolution that ended 2,500 years of Persian monarchy in Iran.

How is it, you may ask, that a radical Shiite Muslim would be Iran’s greatest missionary for Christ?

Khomeini forced Iran’s last Shah from power and ushered in Islamic rule. He was an expert in Sharia, or Islamic law. He put Islamic leaders, the mullahs, in charge of the whole country. He promised to replace corruption of the West-loving Shah with a government that would run the country according to true Islamic principles. It would be a paradise on Earth, he said, as if Muhammad himself were running things.

Forty years later, Iranians will tell you that the promised paradise hasn’t materialized. Rampant corruption continues under the Revolutionary Guard Corps, the foot soldiers of the Islamic regime. The rate of drug addiction in Iran is one of the highest in the world. Iran’s economy is in a shambles, and in recent weeks Iranians across the country have taken to the streets in protest after the government raised gas prices and enacted strict rations. At least 200 Iranians have paid for the protests with their lives—and that number could be more than 1,000.

Remember: The Islamic government promised, and still claims, to run the country according to Islamic principles. The Supreme Leader says he gets instructions directly from Allah. But after 40 years, Iranians can see very clearly that the government Khomeini established doesn’t work. So it’s no great leap for Iranians to move from “Islamic government doesn’t work” to a correlated truth: Islam doesn’t work.

By some estimates, 70 percent of Iran’s people have rejected Islam. If following the rules laid out by Muhammad doesn’t work for a country, why would it work for an individual? Why should anyone continue to follow his teachings? Many Iranians have become atheists, rejecting the idea of any god. And thousands have tried to fill the void with drugs, sex or money.

But hundreds of thousands of Iranians — some estimate more than a million people! — have found the True God, the One who sent His Son to pay the price for sin. The One who doesn’t ask them to earn His favor by following a set of rules, but instead paid the price Himself for their sins and failures.

Iranians are watching Christian TV shows via illegal but widely available satellite dishes. They are circumventing national firewalls to search the internet for online Bibles and other Christian content in Farsi. They are chatting online and even by phone with Farsi-speaking Christians in other nations, asking heart questions and choosing, boldly, to leave behind the failed religion of their national leaders and instead embrace Jesus Christ, the Son of God.

In many Islamic countries, the cost for leaving Islam to follow Christ usually begins within the family. Parents might punish or even disown a child, or a sibling might threaten or pressure a brother or sister to return to Islam and stop bringing shame on the family. But in Iran that’s not usually the case; if the parents don’t think Islam works, they aren’t likely to be angry when their child chooses a different path.

Following Christ in Iran is not without cost, however. While parents might accept a child’s decision to follow Christ, the heirs of Ayatollah Khomeini, the mullahs who currently run the Islamic Republic, certainly will not. All of the above-ground, public, “building” churches in Iran have been forced to close. The only Christian meetings still occurring are private, underground services. Every one of them is illegal, and Christians who meet together face arrest, torture and long prison sentences — especially the group leaders. Christian women face sexual assault while in custody, and imprisoned Christians are sometimes forced to sign over the deeds to their homes as bail, with the threat that if they continue Christian activities they will be re-arrested and their homes confiscated.

The spiritual hunger in Iran has not been satisfied by 40 years of following Khomeini’s path. And yet Khomeini prepared the way for the current revival. The Lord’s promise in Jeremiah 49, that He would “set my throne in Elam,” is coming true in our day.

Our Persian Christian brothers and sisters have found a Bread of Life that truly satisfies, and they are determined to share Him with their countrymen. The cost of their work is high, but the need is great. And so they continue to reach out, to share their faith, to pray for healing in Jesus’ name or offer a Bible to a curious coworker.

Of course they credit God for the fruitfulness and success of their gospel work, pointing out that He is keeping his promise to establish His throne in their nation. But for preparing the soil, they also credit the founder of the Islamic Republic of Iran, the man who displayed the true face of Islam for every Iranian to see. Grand Ayatollah Ruhollah Khomeini: The greatest Christian missionary in the history of Iran.