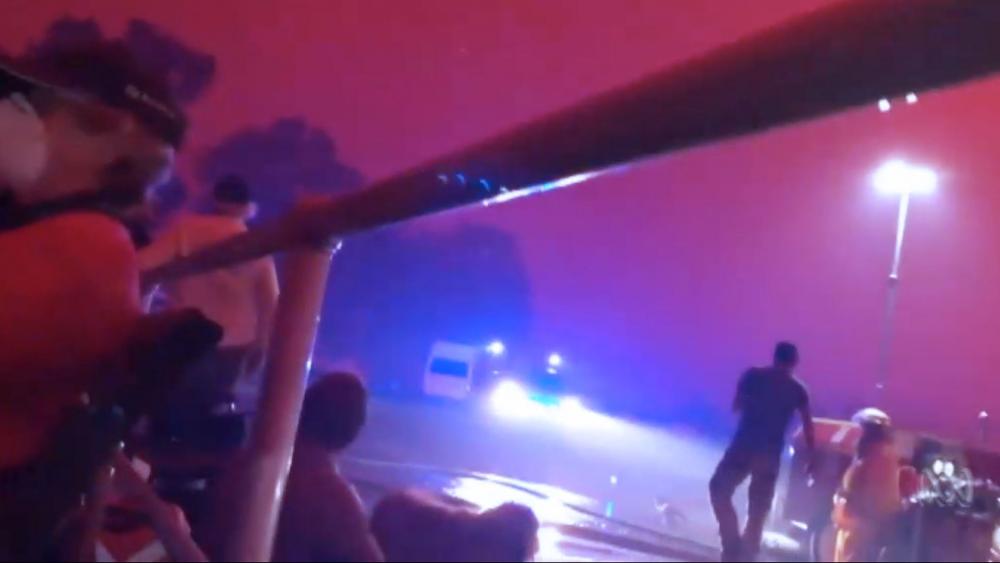 Thousands of people have been impacted by Australia's ongoing terrifying brushfires, forcing them to find shelter at local beaches.

Scripture Union mission team is among the 4,000 people who found refuge on the beach at Mallacoota in East Gippsland, Eternity News reports.

The team shared via Facebook that everyone is safe and accounted for.

"We can confirm that all SU volunteers from the SUFM and Theos teams are together and accounted for. Please keep praying as we support these teams. Thank you, everyone, for praying for us! At the moment we're singing songs at the waterfront. Praise God."

Hannah McArdle wrote on Facebook that she is on the beach with her mission team and that they are in the safest possible place.

"We were evacuated out of our tents and main base yesterday arvo and onto the beach for most of the evening with the rest of the community and eventually were allowed to move up to sleep in the church next to the relief centre. The smoke is very thick and heavy and our team is exhausted and stressed."

Many who are stranded have shared images of the glowing red sky that has been described as the "apocalypse."

Bradley Deacon shared a photo of a marina with the eerie sky in the background.

This picture just in from family boarding boat in #Mallacoota #MallacootaFires approx time of photo 9:45am pic.twitter.com/WJEQScDp9f

A video shows flames approaching a vehicle while several people rush to safety.

"It's just absolute devastation." Mallacoota resident Maisy says she doesn't know how the community will recover from the fires. Thousands are still sheltering at the beach in the popular tourist town.

Mallacoota resident Maisy says she doesn't know how the community will recover from the fires.

Thousands are still sheltering at the beach in the popular tourist town.

The fires have claimed the lives of several residents, including a 63-year-old man and his 29-year-old son who were found near their property in Cobargo.

Volunteer firefighter, Samuel McPaul, was killed when a "fire tornado" caused his fire truck to roll over, Daily Mail reports.

Australians are asking believers to continue to pray for those who are stranded in these areas.