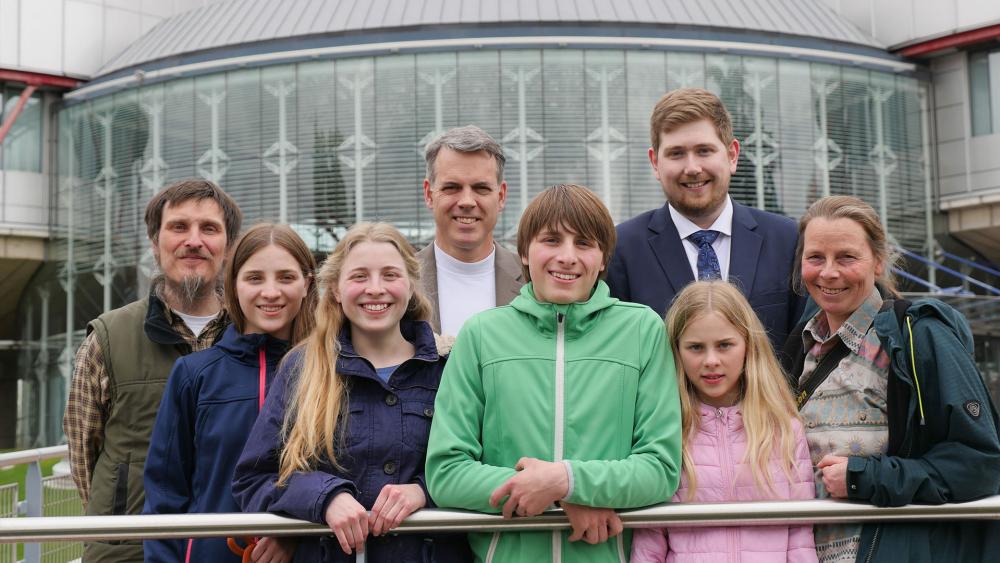 A German court has granted homeschoolers Dirk and Petra Wunderlich custody of their minor children after they were removed in 2013.

In Germany, a new judge ruled in the family's favor after the judge who was involved in the removal of the children in 2013 was replaced on grounds of bias.

"The right of parents to direct the education of their children is a fundamental right, protected in international law," said Robert Clarke, Director of European Advocacy for ADF International and lead counsel for the Wunderlich family at the European Court of Human Rights.

"We are pleased to see that the German court respected this right and acknowledged that the Wunderlich children are doing well. As we wait for referral to the Grand Chamber of the European Court of Human Rights, we hope that, there too, the rights of the Wunderlich family will be safeguarded," Clarke said.

The German court ruled that the two youngest of the Wunderlich's four children, who are still minors, will remain with their parents after the children expressed their wish to be homeschooled.  The European Court of Human Rights also found that "the knowledge level of the children was not alarming and that the children were not being kept from school against their will."

"I am not ready to attend a public school simply because German judges cannot imagine for me to be educated in a different way. I will not tolerate being forcefully taken and locked up," wrote one of the children in a letter to the judge. A sibling added, "I just want to live and learn in peace with my family without the constant fear of being torn apart like in 2009 and in 2013. I went to a public school for a year and definitely did not enjoy it."

Police raided the Wunderlich's home in 2013, threatening to knock down their door, and taking away their four children, only returning them after a court hearing that brought international protests, and under the condition that the Wunderlich children would have to go to school.

The state kept custody of the children, so that if the family tried to flee Germany, they would be hunted down like kidnappers.  Dirk described to CBN News his reaction to the raid: "You have no right to do this. You snatch my children and bring them into foster care and that is good for my family? You destroy a family and that is good for the welfare of children?"

The Wunderlich children told CBN News their time in public school was a waste of time, with a classroom environment that was out of control.

Joshua said, "When there are so many children and they are talking about all kinds of things it's really loud." His sister Machsejah added, "in home schooling I felt like we were able to learn a lot more in a shorter time; in school they always make it so long and still you learn less than in homeschool."

Their father Dirk added, "They don't learn anything. They get a brainwashing about reality and also they learn bad behavior."