30 Years after the Fall of the Berlin Wall, Some Germans Want a New Wall 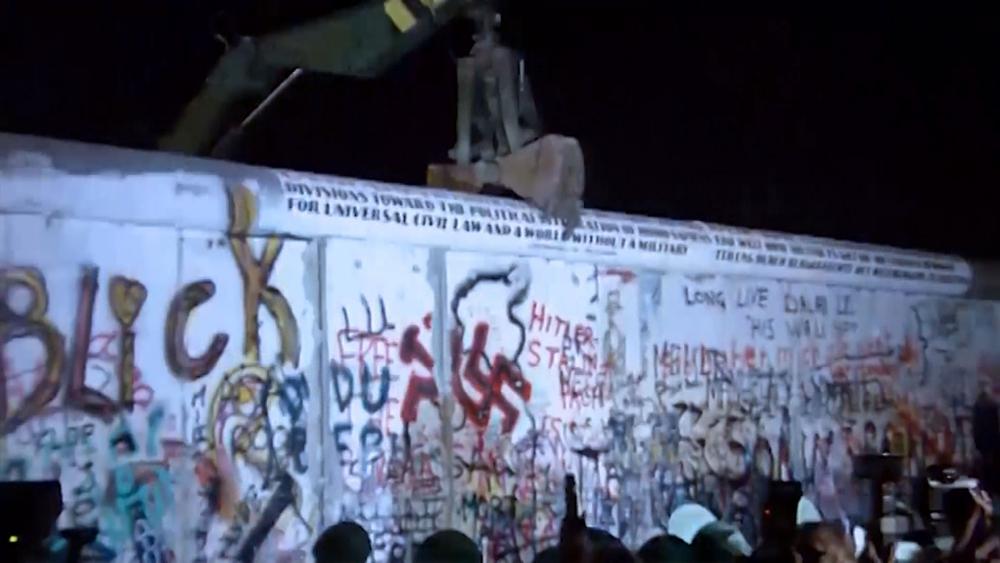 30 Years after the Fall of the Berlin Wall, Some Germans Want a New Wall

LAKE BALATON, HUNGARY, and BERLIN/FRANKFURT, GERMANY – On Saturday the world celebrated the thirtieth anniversary of the fall of the Berlin Wall, which led to the reunification of Germany.

But what has Germany become? Not what some had hoped. And the proof of that can be found in Hungary, about two hours west of Budapest, at a place called Lake Balaton.

Why mark the thirtieth anniversary of the fall of the Berlin Wall from a lake in Hungary? Because it's where a lot of Germans have fled to who are fed up with Angela Merkel's new Germany.

The Lake Balaton region is full of Germans who have moved here for all sorts of reasons, but a local real estate agent told us the biggest reason is migrant crime in Germany.

"At the moment our clients are 80 percent German," Hungarian Real Estate Agent László Kozma told us, "And the main reason is the immigration problem in Germany."

Kozma says the number of Germans moving to Lake Balaton spiked immediately after Chancellor Angela Merkel allowed over a million mostly Muslim asylum seekers into Germany in 2015, while Hungary was turned migrants away.

"Yes, yes, yes, this is the reason," Kozma says.  "They want to escape to Hungary and live here permanently."

They include Germans like Gerhardt Boehm, who told us he would never move back. He feels safe in Hungary.

Kozma says there currently are not enough properties in the area for all the German buyers.

If Germany Has "Never Been Safer," Why Are Germans Leaving?

The German establishment continues to push the narrative that Germany has never been safer, even though it was learned that the number of Germans murdered by migrants doubled last year from 2017.

Germany recently discovered that two of the so-called "refugees" it welcomed into Germany used to run a prison in Damascus that tortured thousands of Syrians.

It's part of the reason that less than half of East Germans say reunification has been a success, and why polls have shown some former East Germans would even like to rebuild the Berlin wall.

But speaking out about migrant crime too forcefully in the new Germany can get you in trouble.  Mund thought International Women's Day would be a good time to speak about the danger of migrant crime to all women. Only a heavy police presence prevented her from being physically attacked by West German leftists, who spat on her and called her obscene names.

This is why some are calling today's Germany "East Germany 2.0." Because just like in East Germany, certain ideas are enforced, either by society or the government, and those who deviate from political correctness could lose their jobs, or even face criminal action by the state.

Germany's crackdown on so-called online hate speech has even been copied by dictatorships.

"It is extremely annoying that nowadays again you have to measure every word because later somebody could come and criticize it," Lehmann told us. "That hurts any free discussion and it's an incredible fear that is everywhere in society. Nobody dares to speak up anymore, because you are always in danger when you say something that is against the mainstream. You could be called a racist or a fascist without any discussion. These labels are put on you right away."

Message to America: Build a Wall

Of course, all of Germany is not crime-ridden, but one German website lists more than 75-thousand migrant crimes since 2015.

One citizens' group called Memorial Against Forgetting has begun to demonstrate in German cities with what it calls lines of horror. They are lines strung from building to building with pieces of paper; each one a crime committed by a migrant.

The leader Robert Vogelmann says he welcomes true refugees to Germany, but not criminals.

The Berlin wall was a wall of oppression. But thirty years after it fell, increasing numbers of Germans are now fleeing to a country with a wall that has made it much safer than Germany: Hungary.

Robert Vogelmann told us he has a message for Americans, and for President Trump: "Build a wall.  Build a wall. Build a big, big wall."