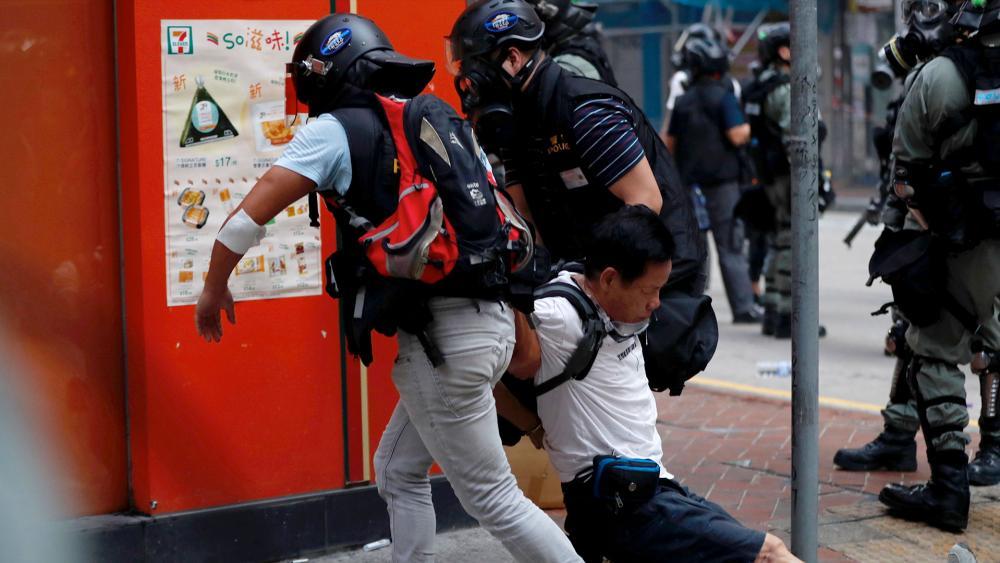 The US Senate easily approved a bill Tuesday supporting human rights in Hong Kong after pro-democracy protests have been met with a violent crackdown.

Sen. Marco Rubio (R-FL), who sponsored the bill, tweeted, "#HongKong we hear you. We continue to stand with you."

#HongKong we hear you.

We continue to stand with you.

“The passage of this bill is an important step in holding accountable those Chinese and Hong Kong government officials responsible for Hong Kong’s eroding autonomy and human rights violations,” said Rubio.

Earlier, he also tweeted his opposition to a full-blown China takeover of Hong Kong saying, "If govt of #HongKong passes new national security laws that allow #Beijing to prosecute critics, it would be the de facto end of "One Country, Two Systems", a violation of every promise made during the handover & warrants U.S. immediately treating city same as mainland #China."

The Senate bill now goes to the House of Representatives which has already passed similar legislation.

The Senate vote came after months of protest, and it angered Beijing which has threatened to take what it calls "strong countermeasures" if Congress passes the bill.

Chinese Foreign Ministry spokesman Geng Shuang blasted the US bill saying it was designed to “bolster anti-China, extremist and violent radicals who attempt to disrupt Hong Kong (and) damage Hong Kong's prosperity and stability” as part of a plot to contain China’s development.

The measure mandates sanctions on Chinese and Hong Kong officials who carry out human rights abuses, and it requires an annual review of the favorable trade status Washington gives Hong Kong.