'Don't Be Like Obama. Be Like Reagan': Sen. Lindsey Graham Tells CBN Why Trump Must Stop Turkey's Invasion 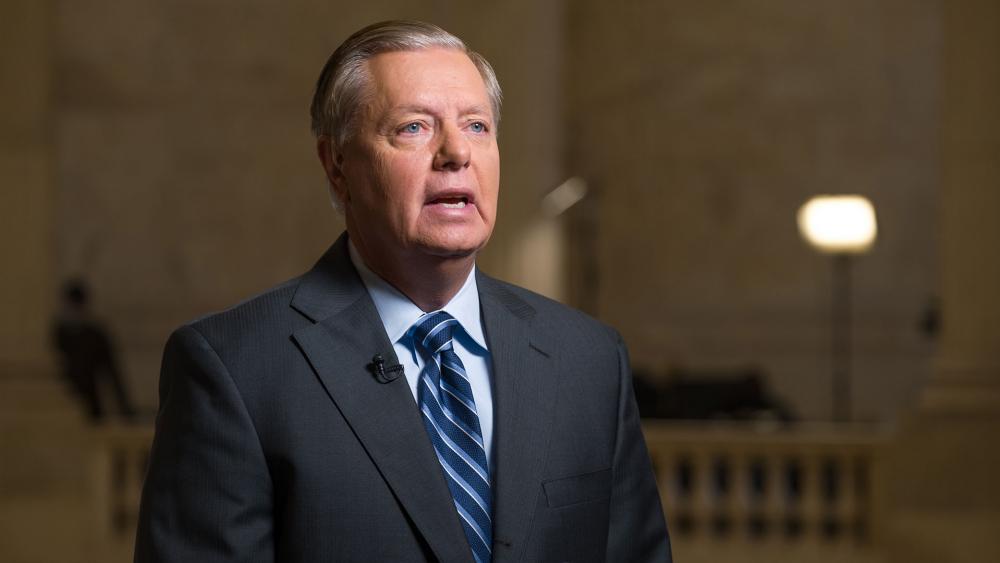 Sen. Lindsey Graham (R-SC) has been one of the most vocal opponents of President Trump's decision to pull US troops from northern Syria – a move that opened the door for a Turkish invasion that has targeted key US allies in the region. Since then, Graham has been calling for "Iranian type" sanctions and more to punish Turkey's bad behavior.

Turkey's authoritarian President Erdogan has launched a full-scale attack with artillery shelling, airstrikes, and a ground assault, essentially declaring war on America's Kurdish allies in Syria. The attacks have displaced as many as 160,000 Syrian and Kurdish families, killing an unknown number of civilians, many of them children.

On The 700 Club Wednesday, Sen. Graham forcefully called on President Trump to put an end to this developing crisis.

"I am looking for President Trump to change this. I will do anything I can to help him, but I will also become President Trump's worst nightmare. I will not sit along the sidelines and watch a good ally, the Kurds, be slaughtered by Turkey and watch Iran move into Syria and become another nightmare for Israel. This is a defining moment for President Trump. He needs to up his game," Graham said.

So far, President Trump has announced sanctions on Turkey and has dispatched Vice President Mike Pence and Secretary of State Mike Pompeo to the region to meet with the Turkish regime and seek a cease-fire. On Wednesday morning, Erdogan announced he's not going to meet with Pence, then an Erdogan spokesman retracted that statement. Graham explained to CBN Founder Pat Robertson on The 700 Club why he's so upset about what's happening in Syria.

"Pat, you've done a great job. To your viewers, if you are not praying for the Kurds, we should all be ashamed of ourselves. It was the Kurds who worked with the American military to destroy ISIS. If we abandon the Kurds it will be dishonorable, it will be a disaster. So Erdogan invaded...Syria, he has created a vacuum for ISIS to come back, the Kurds cannot fight Turkey and control the 10,000 ISIS prisoners," Graham said.

He says the humanitarian crisis for the Kurds is pressing, and the heart of the matter is the possible resurgence of ISIS as a result of the destabilization that Turkey, Russia, and Iran are bringing to the region.

"The play right now is to stop the slaughter. If they move into Kobani, if Turkey moves into Kobani, you're going to have an atrocity worse than ISIS. What does the average American care? ISIS is an enemy to mankind. They would kill anybody listening to this broadcast because you're an infidel, they're not going to surrender."

He said America can't afford to ignore the Middle East and just hope for the best. "If you think you can leave the Mideast as an American and it will be safe, that's crazy," he said. "When I hear President Trump say, 'Let's just get out of the Mideast, we'll be fine,' that's Elizabeth Warren politics."

"What did we learn from Iraq? If we leave against sound military advice, the radical Islamists come back. You may be tired of fighting radical Islam but they're not tired of fighting you. The only way to be safe is to keep them over there so they don't come over here. I'd rather have partners than do it alone."

He continued, "You think Russia and Iran is going to take care of US interests, that's insane. So the reason I like the Kurds so much, they destroyed the caliphate, but there's 20,000 ISIS fighters, if they come back, they're coming here, and the only way to be safe here is to have some of our troops partnering with the Kurds."

"And finally, it would be so dishonorable for this country to abandon the Kurds, and the Iranians Pat are ready to move into Syria to take the oil fields and that would undercut everything President Trump has done to contain the Iranians in a nightmare for Israel." "This is a defining moment for President Trump, we need to stand by the Kurds. We need to push Turkey out of Syria, have a safe zone keeping the Kurds and Turkey apart, and we need to partner with the Kurds regarding the oil field."

Graham said it's time to return to America's days of strength like we were under Reagan instead of Obama.

"I miss Ronald Reagan. Pat, you're old enough to know what American strength looks like, do you think Erdogan would've done this if Reagan had been around? Do you think Assad would've done what he had done if Reagan had been around? So this is Trump's, this is Trump's chance my friend, to be like Ronald Reagan," Graham said. "So don't be like Obama. Be like Reagan. Stand up to Erdogan. "