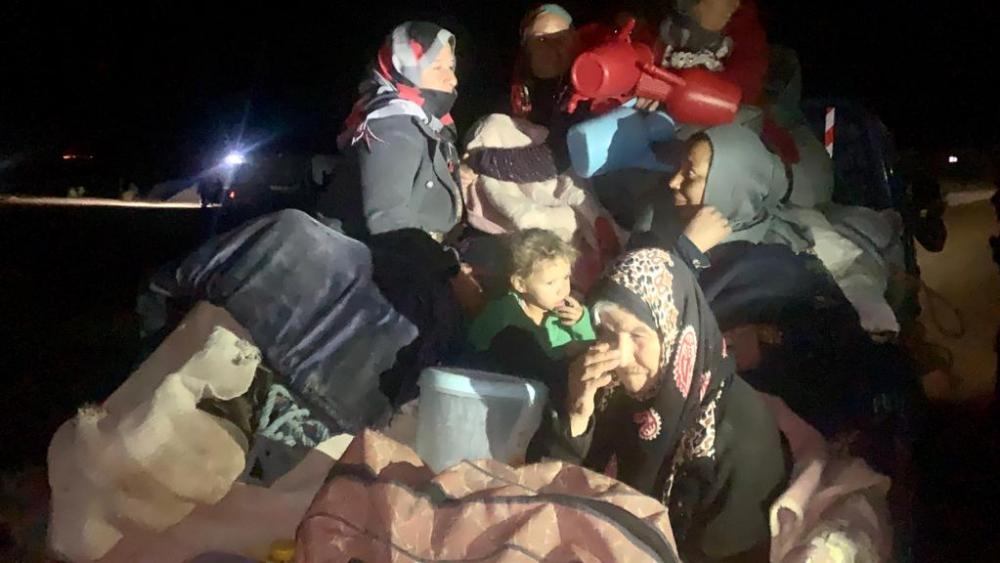 JERUSALEM, Israel -- Dave Eubank of the Free Burma Rangers along with his medical mission of mercy has been treating the wounded and suffering for days on the frontlines during Turkey's invasion into Northeast Syria.

Eubank sent an urgent audio message on Saturday to the CBN News Jerusalem Bureau. He says while helping the wounded they came under attack by the Turkish army along with their jihadist allies known as the "Free Syrian Army."

"Big attack today," Eubank reported in the message. "We were up at a village which is north of Tal Tamir. We were hit by artillery, Turkish airstrike drones.  And then three Turkish armored vehicles came into the village with cannon and machine guns, and dismounted infantry from the Free Syrian Army hit our casualty collection point."

"We were able to get our guys and wounded out," Eubanks said. "But a lot of fighting. A lot of wounded. A lot of dead. Non-stop fighting. This is the biggest day so far.  We've fallen back to evacuate more people. But the fighting is in front of us and now behind us. Very close to Tal Tamir now."

With blood on his clothes from the dead and wounded, he said, "There's no ceasefire and I wish the world will finally admit it."  His message is to pray and also tell the world the "ceasefire" is not in effect, at least where they are.

Earlier, CBN News Contributing Correspondent Chuck Holton told Caitlin Burke on "The Rundown" podcast how Holton, Eubank and the FBR team miraculously escaped another attack.  He says it was the power of prayer in action.

Please pray for continued Psalm 91 protection for Dave and his team.  Please also pray too that the fighting will really cease.

If you'd like to know more on the latest about Northeast Syria, you can also watch this week's Jerusalem Dateline.