Turkey's President Recep Tayyip Erdogan claims on Oct. 10, 2019 that 109 Syrian Kurdish "terrorists" have been killed so far. Erdogan also warned the European Union not to call his attack an 'invasion'. (Turkish Presidency Press Service via AP)
6093738005001
'This Is in Many Ways a Jihad': Middle East Bureau Chief Chris Mitchell Explains Turkey's Invasion of Syria

CBN News Middle East Bureau Chief Chris Mitchell reports that the Turkish invasion of northern Syria is not really a well-intentioned attempt to fight terrorists. He says there's actually a strong element of Islamic jihad at the heart of Turkey's agenda.

Mitchell has reported in recent years from Kobani in northern Syria and has firsthand knowledge of these Kurdish allies of America. He offered insightful analysis on Thursday's 700 Club about the situation.

He explains that northern Syria is one of the few spots where an early democratic form of government has been taking root in the aftermath of Syria's horrific civil war, and Turkey's invasion will likely put an end to that.

He says Turkey's tyrannical President Recep Tayyip Erdogan is using jihadist allies to launch a war against the Kurdish forces that fought the war against ISIS with the US. And there's another element of the population at stake: the persecuted Christians of Syria. "Many of the people that fled the Armenian genocide 100 years ago fled to this area of Turkey," Mitchell says, and now he says Erdogan's attempt to revive the glory of the Ottoman Empire is targeting their descendants.

Roughly 100,000 Syrian Christians are now at risk in the region.

Meanwhile, in Turkish mosques, Islamic leaders are now preaching to Turkey's troops that Mohammad is back to confront the unbelievers.

"This is not just sort of a terror campaign against what *they* call terrorists. This is in many ways a jihad. The director of Turkish religious affairs is asking today in the mosques of Turkey - about 84,000 of them - to pray from Surah number 8 in the Koran - conquest prayers."

"And as we've reported before, there's a pro-Erdogan newspaper that said to 'go tell the unbelievers that the army of Mohammad is coming," Mitchell explains. "They see this as a jihad. This is not just a campaign to take away a terrorist haven as it were. This is a jihad against the unbelievers including the Christians, the Yazidis, and the Kurds. And so that's what we're witnessing right now." Mitchell explains that Turkey is twisting the facts, because the Kurdish PKK, which is seen as a terrorist group, is actually based in Turkey, not Syria. And the YPG, which is the Kurdish group that joined with the Syrian Democratic Forces to fight Syrian dictator Bashar al-Assad, are not terrorists but are democratic allies of the US.

If those Syrian Democratic Forces are driven out or destroyed, this will allow other enemies of the US and Israel - enemies like Iran, which has propped up the Assad regime - to gain even more of a foothold in the region.

"In fact, if the SDF - the Syrian Democratic Forces - do surrender to the Assad regimes, that opens the door worst of all to the Iranians. It would help them build a bridge all the way from Tehran to the Mediterranean. It would put them much closer here to Israel," he says.

"And Israel is taking note of this as well. And they're thinking if the United States won't back their main ally the Kurds - and also remember on September 14th there was an attack on Saudi Arabia  with no military response by either Saudi Arabia or the US -  they're seeing this as the United States being weak in the region. When people are weak in the Middle East, the other strong people take advantage of that. That's what President Erdogan is doing right now. And that's why Israel is paying attention to what's happening and why it's so critical to be praying for what's happening in this region." 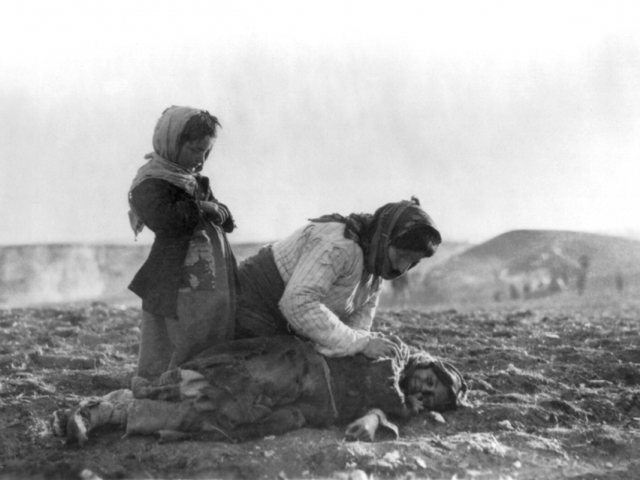