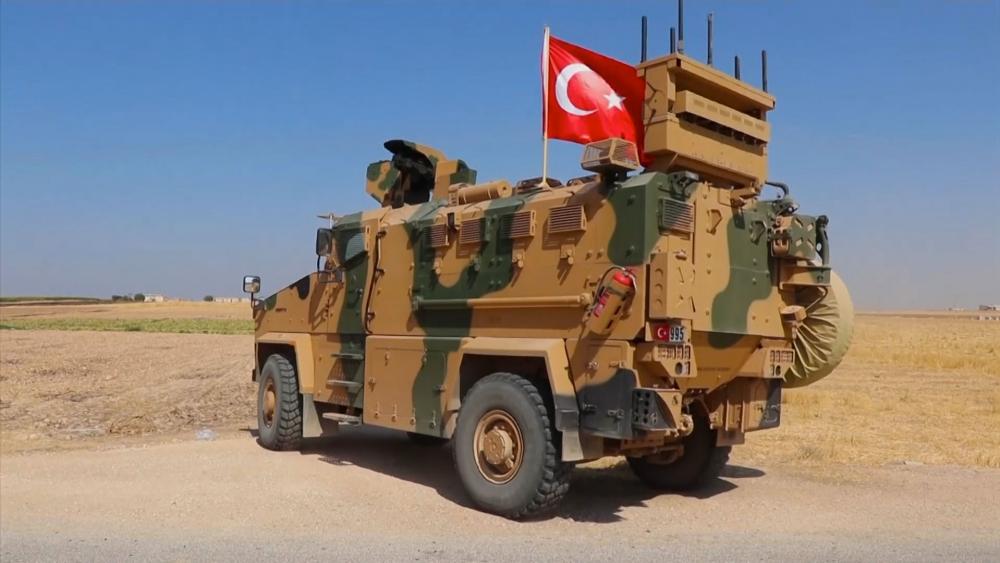 Syrian and Turkish troops are on the move today and so are President Trump and members of Congress.

A Turkish military convoy along with buses carrying troops was seen crossing into northern Syria near Tal Abyiad Monday. It came about the same time as Syrian troops advanced toward the northern border town of Manbij, ready to do battle with their northern neighbor.

In Manbij, a Syrian soldier pledged to liberate the Kurds and other residents from 'Erdogan the tyrant.' Tens of thousands of residents in northern Syria have already been displaced by the Turkish attacks.

CBN News Senior Correspondent George Thomas is at the Tigris River on the Iraq-Syria border, preparing to enter Syria as CBN's Operation Blessing partners with the Barzani Charitable Trust to take in 30 trucks of humanitarian relief to Kurds and other Syrians in need.

It comes only a week after Trump announced the removal of US troops from the area. Turkey President Erdogan saw it as a green light to launch a long-threatened military offensive in Syria designed to destroy Kurdish militias that he calls terrorists.

Now Vice President Mike Pence is being dispatched to lead an American delegation to Turkey.

"The sanctions that were announced today will continue and will worsen unless and until Turkey embraces an immediate cease-fire, stops the violence, and agrees to negotiate a long term settlement," Pence insisted.

And rare bipartisanship occurred on Capitol Hill as Republicans and Democrats joined together to support sanctions against America's NATO ally Turkey and President Erdogan.

"Republicans and Democrats working with the administration are going to come down on him like a ton of bricks, Iranian-type sanctions, and he deserves it," Sen. Lindsey Graham (R-SC) explained on Fox and Friends.

A small number of US troops were seen still in northern Syria along the road from Kobani to Manbij.

President Trump says the US troops leaving Syria will be sent to Iraq if needed to fight ISIS.

The president and members of Congress have called on Turkey to begin an immediate cease-fire and to hold talks with members of the Kurdish dominated Syrian Democratic Forces (SDF).

House Speaker Nancy Pelosi (D-CA) said she wants to overturn the American troop withdrawal from Syria. Other dovish Democrats agree, but few want to give the president authority to send more.

This all comes as an editorial written by Turkish President Erdogan appeared in the Wall Street Journal. He said Turkey has stepped into northern Syria because refugee flows, violence and instability there have become intolerable.

Meanwhile, 50 American tactical nuclear weapons are still being stored in Turkey at Incirlik Air Force Base. US State and Energy Department officials are quietly considering plans to evacuate them. One senior administration official reportedly said the nukes are essentially hostages of Erdogan.

In a statement released Tuesday, Sen. James Lankford (R-OK), a member of the Senate Appropriations Committee Subcommittee on State and Foreign Operations and the Senate Homeland Security and Governmental Affairs Committee, said Turkey's leaders are responsible for the damage to their economy.

“For two years, Turkey unjustly held US pastor Andrew Brunson, and the Trump Administration, at my request, responded with sanctions. When Turkey tried to purchase both Russian and US military equipment, we pushed to stop the transfer of the US F-35 technology to Turkey. Now, as Turkey continues to turn their back on the region it is right that the US should respond with the appropriate consequences when foreign allies make ill-advised military advances instead of promoting peace in the region," the statement read.

“Turkey has aggressively moved into Syria causing civilian casualties, additional refugees, and has caused the release of multiple ISIS prisoners. The damage to the Turkish economy from the US sanctions is clearly the responsibility of the Turkish leadership, which has attacked the Kurds and made a bad situation in Syria even worse," the statement concluded.