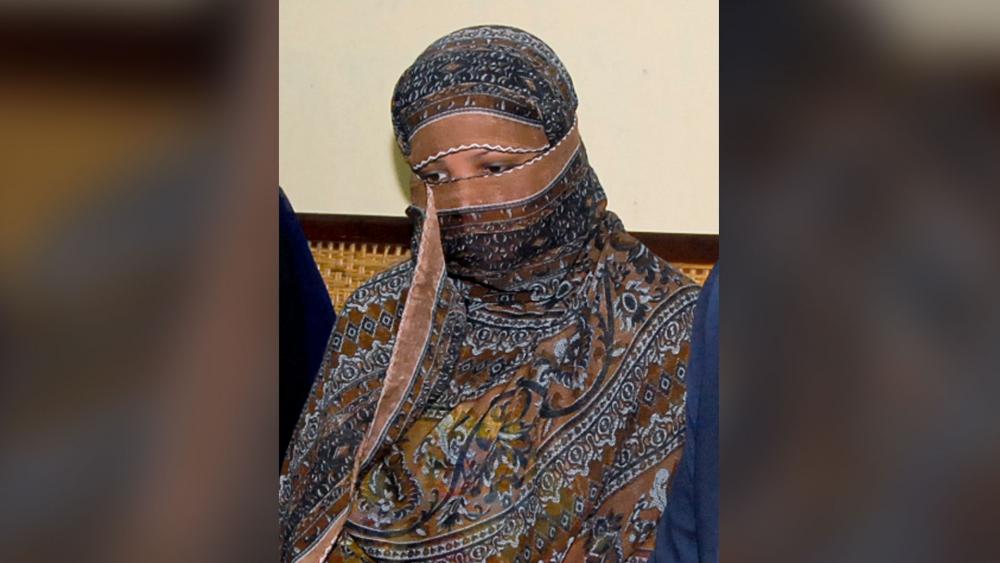 A Pakistani woman who spent the best part of a decade on death row after being convicted of blasphemy has spoken for the first time since being granted asylum in Canada.

FAITHWIRE: ‘I Long to Hold You Both in Heaven’: Blake Bivens Breaks Silence on Murder of Wife, Child and Mother-in-Law

Asia Bibi arrived in Canada back in May, months after her lengthy legal battle was finally brought to a close by a ruling by the Pakistani Supreme Court that declared her innocent.

Now, in her first remarks since being freed, Bibi has sought to draw attention to the plight of many others who continue to be imprisoned for their faith and has called for Pakistan’s archaic blasphemy laws to be abolished.

“I pray to God that everyone falsely implicated in blasphemy cases should be released, that they get freedom and God helps them,” Bibi told the Sunday Telegraph. “There should be proper investigation mechanisms while applying this law. We should not consider anyone sinful for this act [blasphemy] without any proof.”

“There are many other cases where the accused are lying in jail for years and their decision should also be done on merit. The world should listen to them.”

Bibi also revealed that she plans to move to Europe in the coming months, though her destination is not thought to be the United Kingdom.

In the months following her acquittal, thousands of hard-line radical Islamists took to the streets of Pakistan’s major cities in protest. Bibi’s life was in grave danger, and she was ferried around different safehouses in a bid to keep her alive.

FAITHWIRE: Son of Pakistan Governor Murdered for Supporting Asia Bibi Says There are 200 More Cases Just Like Hers

“[Pakistan’s government] always told us it will be two weeks, or 10 days, two weeks, 10 days and like this we spent seven months,” Jan Figel, the EU’s Special Envoy for the promotion of Freedom of Religion or Belief, told the outlet.

Figel, who helped secure Bibi’s release and escape from Pakistan, noted that things became so strained and difficult for the embattled mother that she almost gave up. Bibi was also struggling with heart problems as a result of her ordeal.

“At one point she had lost her hope and one day she told me, if I am assassinated, or anything happens to me please do not forget my daughters,” he said.

Bibi added that when the time came to leave, she was unable to say goodbye to her own father due to strict security precautions.

Determined to protect her family, however, Bibi forged on with her plan to escape the nation that had caused her so much harm. Figel called her “an admirably brave woman and loving mother” who has repeatedly refused to abandon her Christian faith, even if it meant staying in chains.

“Her story and the highly professional supreme court decision can serve as a base for reforms in Pakistan, which has a very outdated system of blasphemy legislation easily misused against neighbors and innocent people,” he said.

Do continue to pray for Bibi and her family as they get to grips with their new life in Canada.