Greta Thunberg, Funerals for Glaciers, and the Human Need to Worship 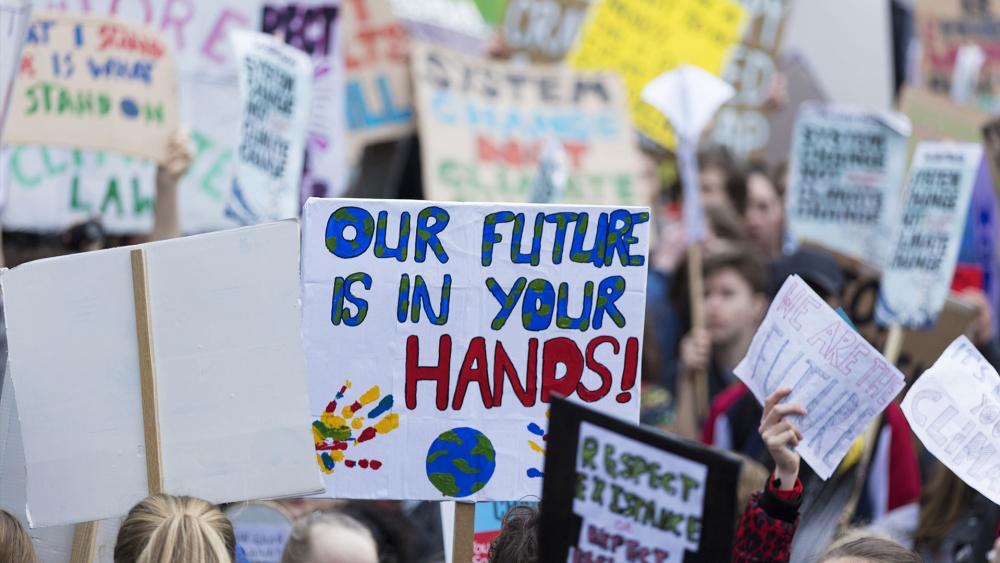 There was a funeral in Switzerland Sunday for a disappearing glacier.

Hundreds gathered to mourn the loss of the Pizol glacier in the Glarus Alp, 80 to 90 percent of which is said to have melted since 2006.

CNN reports that many in attendance were dressed in formal, black funeral attire. The scare claim of course is that if all the glaciers melt, rising sea levels will engulf coastal cities around the world.  But this event was about pure animism, defined as "the attribution of a soul to plants, inanimate objects, and natural phenomena."

An inanimate glacier in Switzerland 'died,' and humans held a ceremony.

It's something that used to be done only by primitive people.

French philosopher Pascal Bruckner, the author of The Fanaticism of the Apocalypse: Save the Earth, Punish Human Beings, told me that radical environmentalism has become a pagan religion, "because it uses all the elements of traditional religion, especially the theme of the apocalypse. You have this culture of fear: 'You have sinned, now you have to be punished'."

Meanwhile, the media is all in a tizzy about Greta Thunberg, the 16-year-old Swedish prophetess of doom who came to New York to give the world a final warning:  Repent or face climate judgment. Here's a climate warning from 1932:  melting glaciers will flood cities. Then the earth got cold again. Glaciers were growing in the 1970s. Some warn the Earth is cooling again.

But climate denial is religious heresy to a generation of wealthy, empty, spiritually-confused people in desperate need of a new salvation story.

Dr. Bruce Aims, professor of biochemistry and molecular biology emeritus at the University of California, Berkeley, perhaps said it best: "God died, then (Karl) Marx, so now they're worshipping the planet."

The most holy in this climate religion call themselves "The Voluntary Human Extinction Movement." They believe that "phasing out the human race by voluntarily ceasing to breed will allow Earth's biosphere to return to good health. Crowded conditions and resource shortages will improve as we become less dense."

This is the spiritual core of modern-day environmentalism:  Humans are evil. Nature is good.