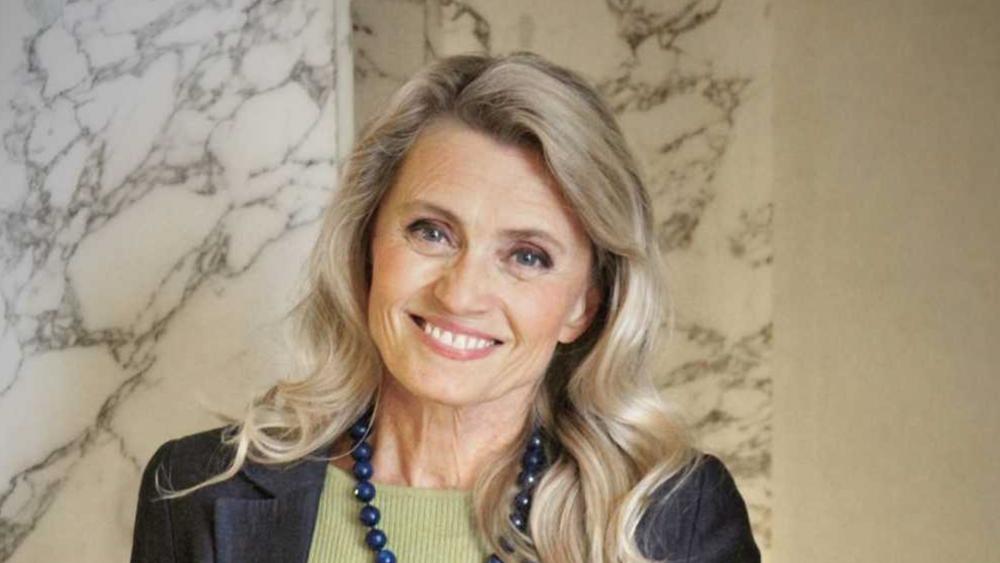 A Christian politician who is under police investigation for sharing a Bible verse on Facebook has spoken out about her shocking ordeal.

Faithwire: ‘I’m Correcting My Own Theology’: Benny Hinn Stuns Audience With Apparent Rebuke of His Past Teachings

In June, Finnish politician Päivi Räsänen called out the Evangelical Lutheran Church of Finland for its participation in the Helsinki Pride events, sharing a passage from Romans 1 to prove her point.

As a result, authorities opened an investigation into Räsänen, who is a member of The Christian Democrats party and also the former Minister of the Interior.

Speaking to Faithwire, Räsänen said that she was motivated to share the scripture after hearing her church denomination had decided to endorse events that are in contradiction with God’s word.

“I was shocked that the Evangelical Lutheran Church of Finland, which I am a member of, announced its official affiliation to Helsinki LGBT Pride 2019,” she explained.

“Our Church Act states that ‘All doctrine must be examined and evaluated according to God’s Holy Word.’ Pride events celebrate acts and relations that the Bible calls sinful and shameful. Based on these Scriptures, I asked: ‘How can the church’s doctrinal foundation, the Bible, be compatible with the lifting up of shame and sin as a subject of pride?'”

Despite almost resigning from the church over the issue, the politician instead chose to pray and seek God’s will for her next steps. “As I prayed, I was convinced that now is the time to try to wake up the sleeping ones, not to jump out of a sinking boat,” she explained. “My purpose was in no way to insult sexual minorities. My criticism was aimed at the leadership of the church.”

In addition, Räsänen was determined to hold fast to the notion that “every person has the right to hear the whole truth of God’s Word, both the Gospel and the Law.”

She refused to stop sharing excerpts of scripture and continues to hold fast to a Biblically-informed view on sexuality.

“Only people who recognize their sins need Jesus, the forgiveness of our sins,” she said. “This is why we also must have the courage to call homosexual relations sinful.”

Räsänen is Accused of “Agitation Against an Ethnic Group”

One of the most shocking elements of this case is that the authorities have decided to charge the politician with “agitation against an ethnic group” — an accusation that she believes is not only false but also something that will also have grave ramifications for the Finnish Christian community and freedom of religion as a whole.

“Already the fact that a police investigation has been started and there is a suspect of a crime has a significant effect to freedom of speech and religion in practice,” she told Faithwire.

“I am worried that the police investigation has had a chilling effect among Christians. It seems that many Christians in my country are now hiding and going to the closet now that the LGBT-community has come out to the public.”

The politician said she was concerned that Christians will become increasingly less inclined to share scripture on public platforms out of a fear that they are will be arrested for offending a certain group of people.

However, instead of hiding away and bowing to the pervading culture, Räsänen urged believers to keep speaking up and sharing the scriptures with others, no matter what the consequences. “We must obey God rather than man,” she declared. “Trusting that the Bible is God’s Word is a solid foundation for the Gospel to bring forth new life and win hearts.”

“I do not want to be defiant, but I am going to use my freedom of religion and also to talk accordingly, whatever the outcome of this process and police investigation may be. I encourage all people to use their freedom of religion also in the current debatable themes.”

“This right has been guaranteed to us also in the Universal Declaration of Human Rights and in the Constitution of Finland.”

The specific Bible passage shared by the politicians was from Romans 1:24-27 and reads as follows:

“Therefore God gave them over in the sinful desires of their hearts to sexual impurity for the degrading of their bodies with one another.25 They exchanged the truth about God for a lie, and worshiped and served created things rather than the Creator—who is forever praised. Amen.

26 Because of this, God gave them over to shameful lusts. Even their women exchanged natural sexual relations for unnatural ones. 27 In the same way the men also abandoned natural relations with women and were inflamed with lust for one another. Men committed shameful acts with other men, and received in themselves the due penalty for their error.”