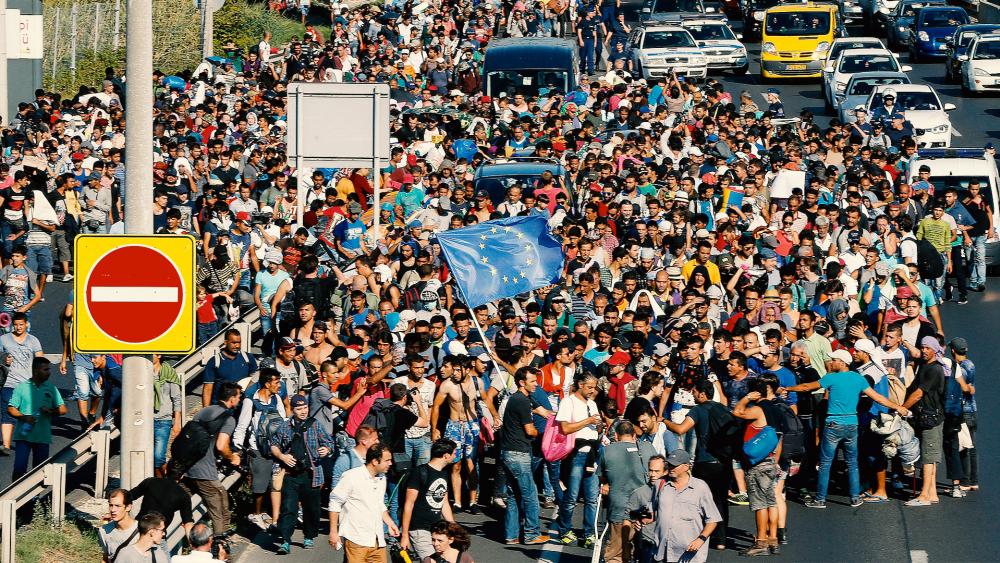 Turkey has threatened to "open the gates" and allow a flood of Syrian refugees to leave Turkey for western countries. The threat is a reminder that the massive caravans of refugees that entered Europe a few years ago could be repeated.

Turkey's President Recep Erdogan spoke on Thursday saying Turkey is being left to shoulder the burden of Syrian refugees alone. "We did not receive the support needed from the world and especially from the European Union, concerning the burden-sharing," he said.

But European Commission spokeswoman Natasha Bertaud says the EU is "providing substantial support to improve the living conditions and protection standards of Syrian refugees in Turkey. To date, the EU has allocated 5.6 billion euros out of the 6 billion that was agreed."

Turkey has been demanding a safe zone inside Syria to ensure security on its border running east of the Euphrates River toward the Iraqi border. Erdogan wants to move 1 million Syrian refugees out of Turkey and into the proposed safe zone.

The country wants to control a 25-mile deep zone within Syria in coordination with the US where American troops are already stationed. US troops and an allied Syrian militia were seen doing joint patrols there on Wednesday.

Erdogan says if there is no agreement with the US by the end of the month, Turkey will take matters into their own hands.

"Turkey took on a daring political experiment from 2011 onward that made it home to the world's largest refugee population—about 4 million registered and more than a million off the books—in the space of a few years," Sazak writes. "In Turkey alone, the response to the refugee crisis cost more than $35 billion, and most of it came out of the country's own pocket."

Now after eight years, Sazak notes, this experiment will quickly close as the Turkish public won't open the path to citizenship for refugees, and it would be political suicide for any politician to even bring the matter before its citizens.

"Anyone can argue against Turkey's current course of action, but those doing so also ought to be honest about what they are asking of Turkey: to absorb a population the size of a foreign country, find a way to pay for it, and do it regardless of whether your people consent or not," he added. "That is something that no government in the world, no matter how progressive, would be willing to do."

"Turkey has been pushed to its breaking point," Sazak wrote, "and it is starting to crack."