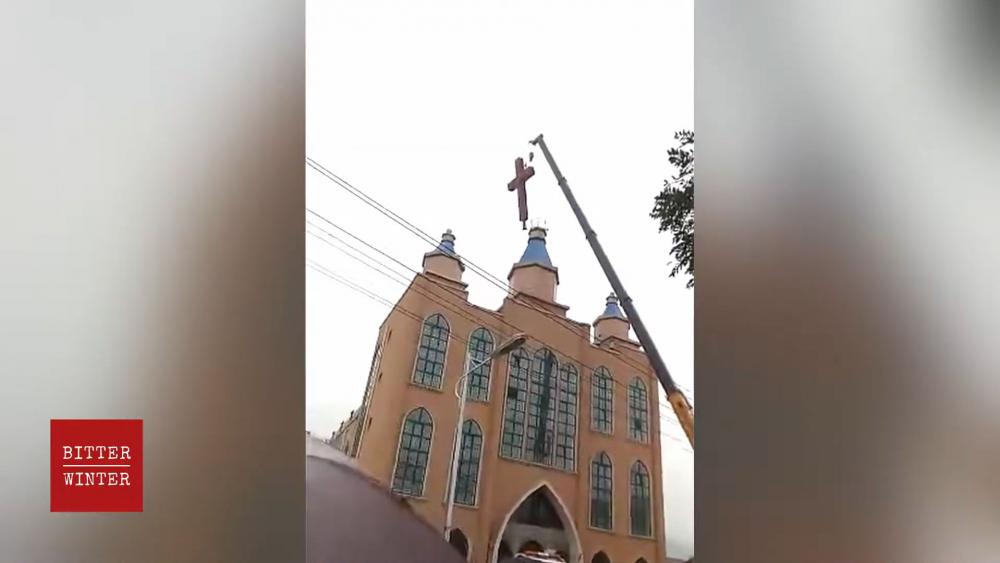 The COVID-19 outbreak that spread quickly across China did not reduce the speed of the cross-demolition campaign across the communist country.

The Bitter Winter Magazine reports at least 70 crosses were removed from churches since last spring and even more have been taken down during the pandemic.

Back in February of this year, a representative of the Zhuangwu town government hired workers to remove a cross from the Three-Self Church in the village of Hexi. The representative said he thought the cross would make his superiors feel uncomfortable and he could be fired because of it.

Video of the cross being removed from a newly built church in Linfen, China. (Video courtesy: Bitter Winter Magazine/YouTube)

The church building was built 13 years ago and church leaders have followed the four requirements of the government's religion "sinicization" campaign since they were instituted in 2018.  As CBN News has reported, these rules include:

Despite complying with the government's regulations, the cross was still removed from the building.

The Chinese government has also stopped all religious gatherings as a result of the coronavirus outbreak.

"The government does not provide enough help during the epidemic but instead demolishes crosses," a local believer told Bitter Winter Magazine.

Last December, other crosses were removed from Three-Self churches in Hegang, a city located in the northeastern province of Heilongjiang. A member of the church told the magazine local authorities threatened to close down the church if the cross was not removed because "it was higher than the national flag."

Other crosses were also removed from churches that same month with local officials giving church leaders the same excuse.

One county employee even said the crosses "were too eye-catching," and they would "attract people into the churches."

A cross was also removed from Grace Church, which is the only church for Protestants of Korean descent in Luobei.

After its cross was removed by the local authorities, the church pastor encouraged his congregation that even though it had been physically removed from the building, "the cross cannot be taken from their hearts," according to Bitter Winter magazine.