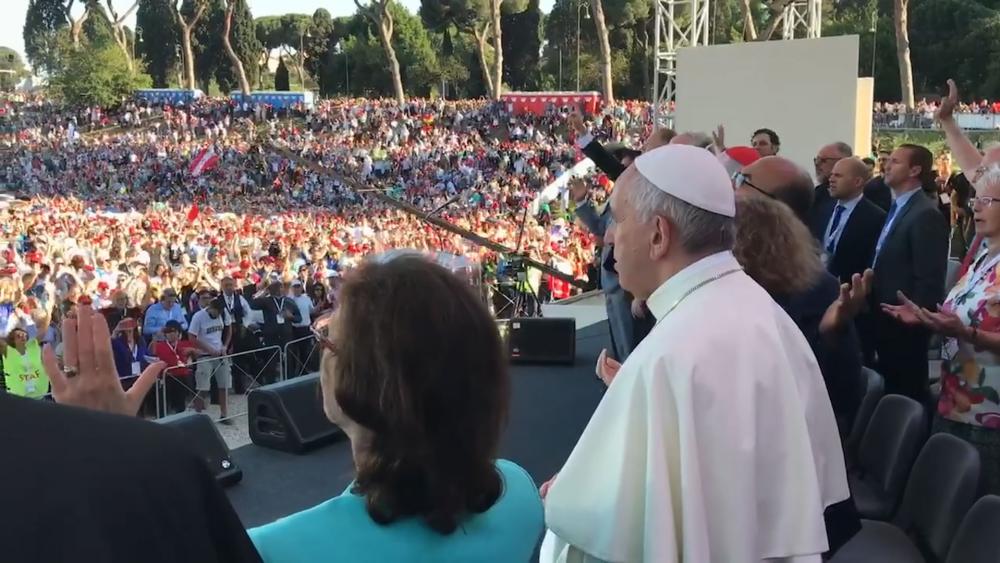 Pope Francis celebrated Pentecost 2017 at the Circus Maximus in Rome with thousands of Christians from around the world to mark the Fiftieth Jubilee of the Catholic Charismatic Renewal.

The college-aged American pioneers of the Renewal are now its elders, and many were in attendance.

In their lifetime, the Renewal has sparked a "New Pentecost" among Catholics worldwide. The movement began in 1967 when the gifts of the Holy Spirit were bestowed upon a group of Duquesne University students on retreat at the Ark and the Dove.

"My Faith Was Renewed, I Was Filled With Joy"

Kevin and Dorothy Ranaghan remember when friends first told them about the Duquesne outpouring.

"My reaction here was pretty negative and so was Dorothy's," Kevin said with a laugh. "But we knew these people well.  I mean, they were solid, responsible, renewal-minded Catholics and they were scholars. We were all students or professors in theology, church history, and philosophy."

"So we could see that even in their faces there was something changed and different," Dorothy said. "And so although we wanted to discount what they were saying as sounding a little fringy, we could not deny the experience we saw they had, had changed them. And whatever it was, I think we came to see we wanted that too."

Newly married at the time, Kevin taught theology at St. Mary's College in Indiana, and Dorothy was a Catholic high school teacher. Both earned master's degrees in theology from the University of Notre Dame. After hearing about his colleagues at Duquesne, Kevin embarked on a six-week study of the scriptures and received the baptism in the Holy Spirit at a Bible study among fellow Catholics.

"And it was so changing," Kevin recalled. "I mean, suddenly, even that night, scripture was alive, my faith was renewed, filled with joy."

Dorothy received the baptism the next day alone in a chapel.

"It was like the Lord planted a flag in the center of my life and said, 'This is permanent, hang on to this!' You know, and it changed everything," said Dorothy.

Learning How to Use the Gifts for Ministry

The couple sought out the Full Gospel Businessmen's Fellowship, an organization with roots in Pentecostalism, to learn how to use the gifts for ministry.

"And I can't imagine how he reacted in this phone call," Kevin said. "'Hi, we're a bunch of Catholics from Notre Dame and we've just been baptized in the Holy Spirit and we would like to find out about the spiritual gifts. Can you help us?'" he said.

After spending some time with the Full Gospel Businessmen, the Ranaghans began to lead meetings on the Notre Dame campus and witnessed the gifts of the Spirit flowing freely.

"Well, we had these large prayer meetings, sometimes 400 people every week. And they were amazing meetings in that we were all so new to this," Dorothy recalled.

Just after Easter in 1968, Catholic students from top American universities met at Notre Dame to learn more about the Duquesne outpouring. Dr. Ralph Martin, a Notre Dame philosophy graduate, was a campus ministry leader when he brought 40 students from Michigan to the gathering.

"They called it 'The First International Catholic Charismatic Conference' because there was one nun from Canada who came," Martin said with a laugh.

"We realized that we had a responsibility not just to preach the gospel, but to learn how to do it well and to be effective at it, not just kind of throwing it at people," said David Mangan.

Renewal Meetings Spread Across the US and Around the World

Back home at Notre Dame, Catholic priests, nuns, and lay leaders attended the renewal meetings while on campus for continuing education.

After the National Catholic Reporter ran newspaper coverage of the outpouring, Pope Paul VI sent Cardinal Suenens of Belgium, one of the four moderators of Vatican II, to evaluate what was happening. The Cardinal met with Ralph Martin and observed various student groups.

Pope Paul VI: Charismatic Movement is "A Chance for The Church"

Pope Paul VI entered St. Peter's Basilica and addressed the movement as "A chance for the Church."

The renewal also birthed new religious orders and increased the number of those called into ministry. In the early 1970s, Father George Montague, a Pauline scholar and professor at St. Mary's University in Texas, received the baptism in the Holy Spirit after a nun who had attended the Notre Dame meetings demonstrated spiritual gifts.

"Well, here's the New Testament alive right in front of me," Father Montague said with a laugh. "This is happening, the Holy Spirit is coming right in front of me! You know, I had been baptized. I had been confirmed. I had made religious vows. I was ordained as a priest, you know?  And so all those things kind of blocked me a little bit because, you know, what more do I need?"

After 25 years of ministry in the renewal, Father Montague, along with Father Bob Hogan, formed "Brothers of the Beloved Disciple" to serve in San Antonio, Texas.

"The Holy Spirit empowers our ministry through the spiritual gifts so that people can say, 'Wow, truly God is in your midst. Truly Jesus is reaching out to me,'" Father Hogan said.

Today, more than 20 million Catholics in 240 countries enjoy life in the Spirit.

"The Lord is Getting Ready to Do Something Big"

As the pioneers of the movement recall their history, they anticipate greater Holy Spirit wonders ahead. From Sister Elena's urgent letters to Pope Leo to the 1901 outpouring in Kansas to the Azuza Street Revival to the Duquesne weekend and beyond – all of these events declare the gifts of the Holy Spirit are intended for every generation, as the Spirit works to unite all Christians to Christ and to each other, in order to reach the world.

"It's a surprise of the Holy Spirit that's opening up great new possibilities," Kevin Ranaghan said. "And we don't know what's next. We have a sense I know we have a sense here, the Lord is getting ready to do something big."

This story was orginally published on Febuary 28, 2020. 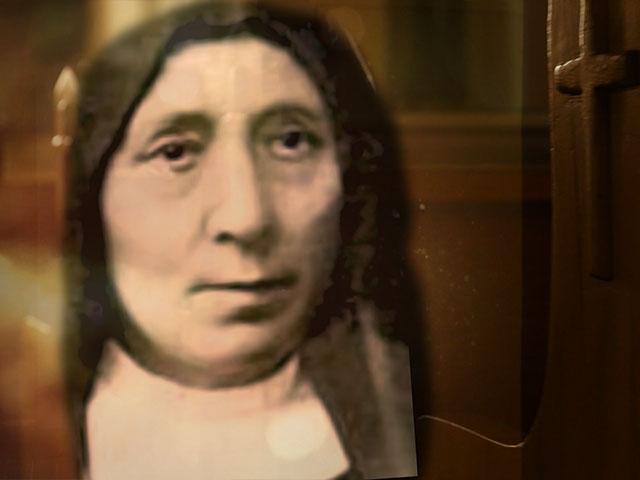 'The Century of the Holy Spirit:' How One Nun's Prayers in 1895 Led to the Modern Pentecostal Movement