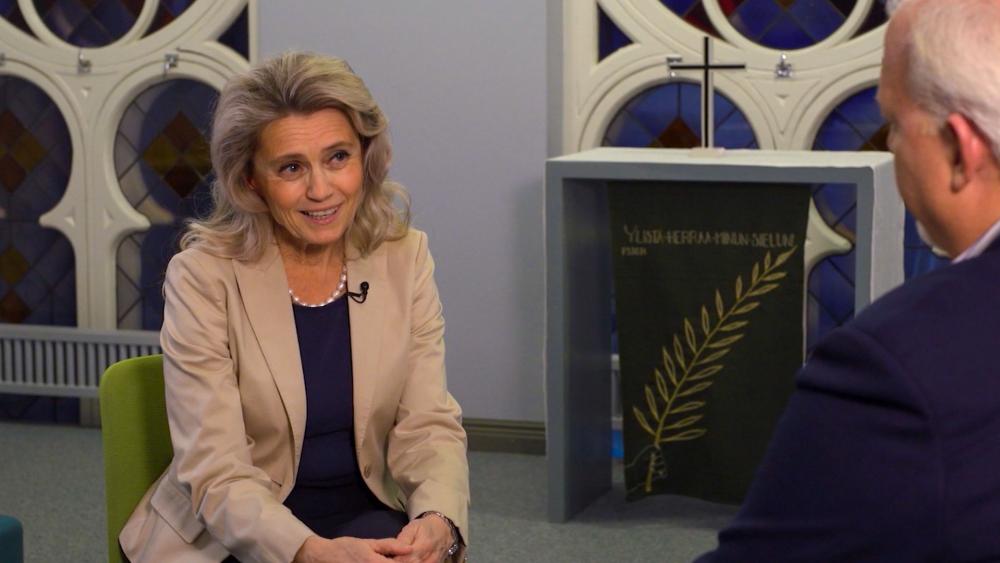 6133552233001
Historically Christian Finland Threatens to Fine, Imprison Believers Who Speak Out on Matters of Faith

HELSINKI – Almost 70 percent of Finns are still members of the national Lutheran church. But that doesn't mean they're believers. Less than a third of Finns now say they believe in God. This historically Christian nation has not only left the faith but has begun criminal investigations of Christians.

MP Under Investigation for "Defaming or Insulting" Homosexuals

Päivi Räsänen is under two investigations for allegedly defaming or insulting homosexuals. The first after she shared a Bible verse on Twitter last year aimed at Finland's Lutheran church for promoting the homosexual lifestyle.

Räsänen told us, "In my tweet, I directly cited Romans first chapter and verses 24 to 27 and posted the picture of the passages from the Bible." The passage condemns homosexuality.

Finland's Prosecutor General has now opened a second investigation concerning a pamphlet that Päivi wrote 15 years ago about Biblical Christian marriage, called "Man and woman, He created them."

It is biblical teaching that the Finnish constitution says it supports. Räsänen told us that because of that, she assumed the investigation would not go anywhere.

"Yes, yes, I assumed. In fact, it was a surprise for me that there is even a police investigation about that case. I wouldn't have believed it.

Leif Nummela, editor of a Christian newspaper and a Christian TV host in Finland told us, "I thought that this couldn't happen. It was unbelievable. It was a real surprise. And my first thought was, 'are they really going this far'?"

The Lutheran pastor who published the pamphlet Päivi wrote on Christian marriage is also under investigation.

Do You Like Hearing the Christian Perspective on Today's News?
CBN News Needs YOUR Help

Finnish Christian broadcaster, author and theologian Pasi Turunen says this has been a rude awakening for many Christians.

"Finnish Christians have lived in a very homogeneous Christian culture," Turunen said. "It's been very easy because everybody thinks and believes the same way pretty much and now this has become a completely new situation for us when our faith is challenged."

Päivi said this all began in prayer when she felt led by the Lord to do something to wake up the national church in Finland on the issue of homosexuality. But she now fears this investigation will make them too afraid to proclaim their faith.

"I'm worried that this case, the criminal investigation, might frighten some Christians to hide and to keep silent."

The Price Tag for Speaking Out

Turunen said, "It raises the threshold of saying anything in the public square and in one way, I see that that's the purpose of this kind of attack: to put a high price tag on speaking your Christian mind out loud in the society."

If convicted, Päivi could be fined or even imprisoned. And Turunen and Nummela both feel that support for her from Finnish evangelical leaders has been weak.

"If we could easily have two hundred thousand Christians saying, 'this is horrendous, stop persecuting Päivi Räsänen,' and that would have a huge impact," Nummela said.

Turunen said he wishes "that evangelical leaders would be more outspoken and bolder. Otherwise, there will come a time when each of us will be in front of the firing squad."

Päivi says she's not afraid and believes God has a plan in this for Finland.

She said, "I am waiting to see what God is doing, because when He raises up prayers, then we can know that He is doing something."

Contact the Finnish Prosecutor General to make your voice heard: