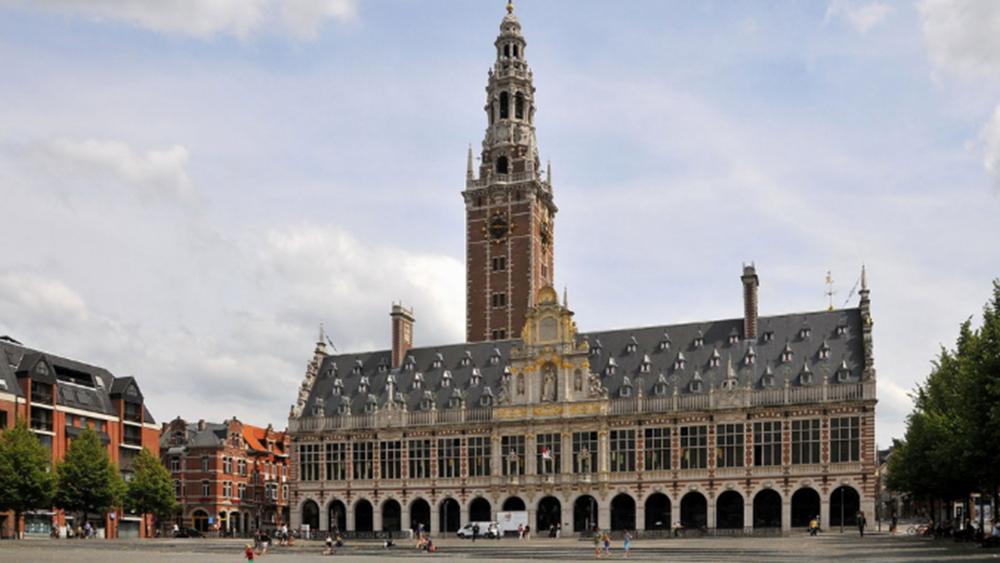 DUBLIN – If there is a symbol of what happened to faith in Ireland, it might be the Church of the Annunciation just outside of Dublin. It's one of the largest church buildings in all of Ireland, and it's about to be knocked down because so few people attend services.

Ireland was once called "the most Catholic country in the world." But it has gone from one of the world's most outwardly religious nations to what some claim is one of the most secular.

For the Irish, "God Has Become Irrelevant"

The institutional Christian faith that dominated Ireland died with surprising speed. And today, as one leader put it, "for the Irish, God has become irrelevant."

Rocked by sexual abuse scandals, the Catholic Church lost its spiritual authority for many Irish, who not only walked away from the church, but legalized same-sex marriage, abortion, and elected an openly gay prime minister.

"It was very much a cultural religion," says Pastor Nick Park, executive director of Evangelical Alliance Ireland. He says, "They were Catholic because they were Irish and the two were seen as synonymous."

"We were very arrogant as a Church," says Paddy Monaghan with Ireland's Evangelical Catholic Initiative. "Sadly, it's taken to two referendums that we lost, one on same-sex marriage, one on abortion. to bring home to the Catholic church in Ireland that we are now a minority church."

With church buildings being abandoned and some Catholic seminaries almost empty, one writer declared that the battle for faith in Ireland has been "lost."

But a new church is rising.

The largest church in Ireland today is Romanian Pentecostal. The worshippers of Betania (Bethany) Church came to Ireland to find work. Many probably didn't realize they were being sent to Ireland as missionaries.

St. Patrick brought the gospel of Jesus Christ to Ireland. CBN Films has released a powerful new movie about his mission, titled "I Am Patrick."
CLICK HERE to find out how to get your DVD and access to 4K streaming. Praying and Fasting for Ireland

Betania Church is exploding. It's building a new five and half-million-dollar facility on faith, one that will accommodate 1,500 worshippers.

Betania Pastor Avram Hadarau added, "We realize God has a great plan, a bigger purpose for our lives: to deliver His message and His kingdom works for this country."

In fact, the second largest church in Ireland is also Romanian Pentecostal.

Betania Pastor Jurjea remembers when nations like Ireland sent Bibles to communist Romania, and he says, "Those Bible are coming back now."

African churches are also growing. In a little more than 20 years, the Nigerian Redeemed Christian Church of God has grown to more than 100 churches in Ireland with more than 8,000 members.

And surprisingly, even though most Irish have rejected the institutional church, Park says they still believe in the core of the Gospel.

"When we were choked by religion and institutionalism, there wasn't much life," said Pastor Sean Mularkey of St Mark's Church in Dublin, "But now that we have those institutions crumbling, I think we're in the land of opportunity."

Monaghan says the Spirit is moving in some Catholic churches as well.

"There's a spiritual awakening happening in this country. Parish priests are really getting born again and filled with the Holy Spirit and getting a vision for what's possible. There's that spiritual heritage within this nation that I believe the enemy Satan wants to destroy but I believe is going to happen again."

"We are seeing such an explosion of Christianity," said Nick Park, who believes that Ireland, once a base for missions and is now a mission field, will return to its calling, "I believe the gifts and callings of God are without repentance, and Ireland still has a call to be a missionary sending nation and I believe Ireland will fulfill that role again."

St. Patrick first spread the gospel of Jesus Christ to Ireland. CBN Films has released a powerful new movie about his life. Watch the Trailer for "I Am Patrick" below and CLICK HERE to find out how to get your DVD and access to 4K streaming.