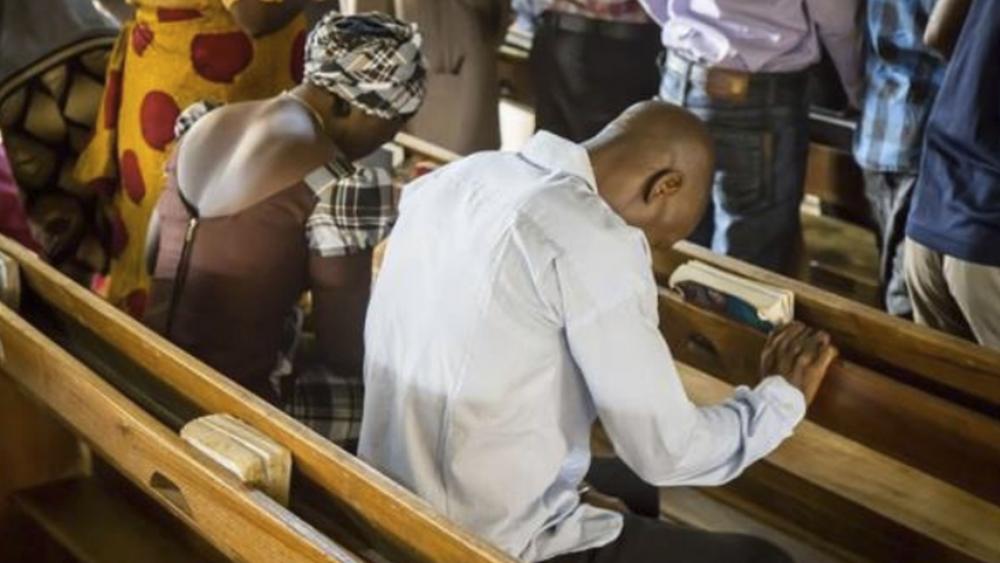 A Nigerian pastor has been kidnapped by the Islamic terror group, Boko Haram. Pastor Lawan Andimi, a senior member of the Christian Association of Nigeria (CAN), was seized during a raid in the town of Michika, located on the border with Cameroon.

FAITHWIRE: Abby Johnson’s Pro-Life ‘LoveLine’ Ministry Gets Off to An Incredible Start

According to religious persecution watchdog Open Doors USA, shortly after the kidnapping, Boko Haram released a video of Pastor Andimi, calling upon the government to secure his release.

In the video, Pastor Andimi could be heard urging his family not to “sorrow for him, since God’s will must be respected.”

The Rev Lawan Andimi, chairman of the Christian Association of Nigeria (CAN) in Michika in Adamawa State
abducted by Boko Haram insurgents following an attack on Thursday requests our prayers pic.twitter.com/oZ59zJHWvz

“By the grace of God, I will be together with my wife and children and colleagues,” he added. “Don’t cry, don’t worry, but thank God for everything.”

The heavily armed militants brought a convoy of vehicles into Michika on Sunday and started opening fire on members of the community, causing many to flee into the bush. There was confusion as a military jet circled overhead, causing many of the fighters to hide in houses.

The latest attack comes just a week after Boko Haram besieged a Christian village in Borno State, near Chibok. The Christmas Eve attack claimed the lives of seven people.

In 2014, Boko Haram, which has teamed up with the Islamic State in recent years, overran Michika in a bid to extend its caliphate in Nigeria. The military immediately hit back, killing 50 Islamic fighters during a raid on the small north-eastern town of Kawuri.

Boko Haram is thought to have been behind Monday’s bombing of a marketplace in the border town of Gamboru. The attack claimed the lives of 30 people and injured over 35 others.