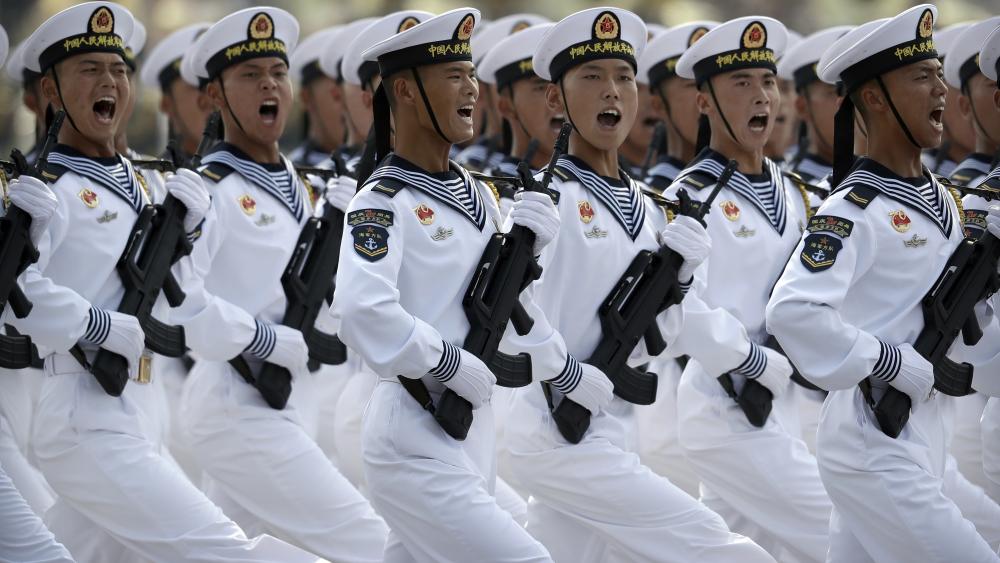 Tensions between the United States and China seem to be growing by the day, prompting some in Washington to worry about a potential military conflict between our two countries within the next six months. The latest flashpoint: the vital waterways of the South China Sea.

For the first time, the US government this week declared China's activities in the South China Sea illegal.

"On Monday for the first time we made our policy on the South China Sea crystal clear: It's not China's maritime empire," Secretary of State Mike Pompeo told reporters Thursday.

Rep. Ted Yoho, the top Republican on the House Foreign Affairs subcommittee for Asia, sees potential military action ahead, telling the Washington Examiner: "I would predict there will be a clash within the next three to six months."

Such a scenario would be devastating for a global economy already reeling from a viral pandemic.

Roughly $3 trillion of trade passes through the South China Sea each year.

China wants to limit that access, claiming it has rights to almost all the South China Sea.

"China's territorial sovereignty and maritime rights and interests in the South China Sea are based on sufficient historical and jurisprudential evidence and are in line with the relevant international law and practice," Zhao Lijian, spokesperson with China's Ministry of Foreign Affairs, told reporters this week.

"If Beijing violates the international law and free nations do nothing, then history shows that the CCP will simply take more territory. That happened in the last administration," warned Pompeo.

"So this is good old-fashioned 'the biggest kid on the playground' if you will, trying to bully others, to steal their resources and to push others who might get in their way out, and foremost of that is the United States," said Bowman.

Bowman says China's military prowess is the greatest threat to US military supremacy, and we could see it play out in these waters.

America now has two aircraft carriers taking part in one of its largest naval exercises in the South China Sea.

"If we just rest on our laurels and assume that battles in the coming years are going to be the same as they were in the past with unquestionable American military dominance, we have a horrible surprise coming," warned Bowman.

This latest salvo over the South China Sea comes as tensions between our two countries continue to escalate over trade, the coronavirus pandemic, the Hong Kong takeover, human rights, and religious freedom issues.