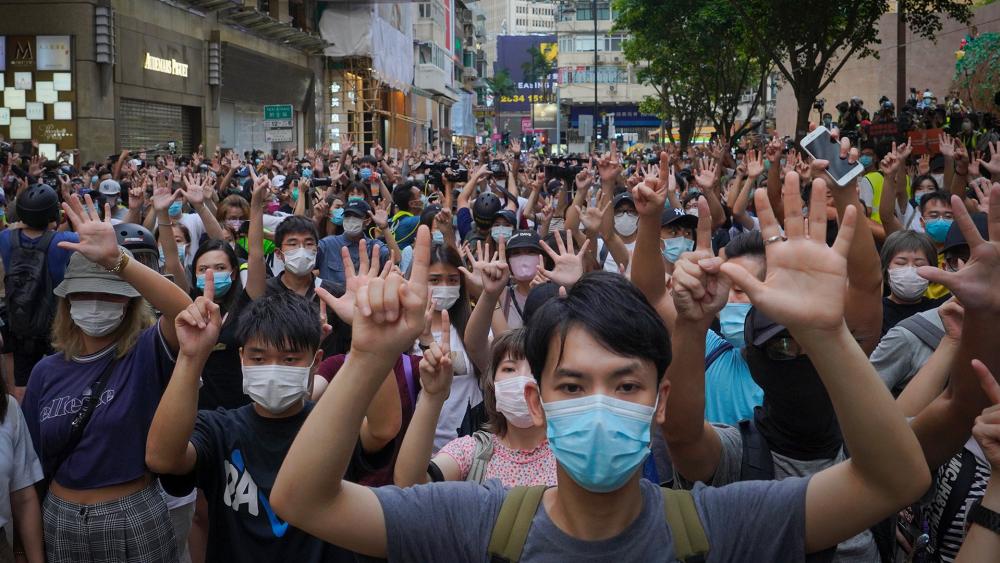 Tensions are high in Hong Kong after the communist regime in China approved a contentious new national security law that took effect today. The law has already led to hundreds of arrests and sent shockwaves through those fighting to keep Hong Kong's independence.

The move effectively strips Hong Kong residents of their freedom of speech and legal right to criticize Beijing's government. On Wednesday, however, thousands defied it and took to the streets to protest, risking life imprisonment.

The new law punishes crimes of secession, subversion, terrorism, or collusion with foreign forces with up to life imprisonment.

Police used water cannons to disperse the crowds of protestors and arrested more than three hundred people on the 23rd anniversary of the hand-over from Britain to China.

"Yesterday, the Chinese communist party implemented its draconic security law on Hong Kong in violations it made on the Hong Kong people," said US Secretary of State Mike Pompeo in a press conference Wednesday. "Security forces are already rounding up Hong Kongers for daring to speak and think freely. The rule of law has been eviscerated and as always the Chinese Communist Party fears its own people more than anything else."

Sec. Pompeo blasted the Chinese government for turning the once-free Hong Kong into another communist-run city.

"Free Hong Kong was one of the world's most stable, prosperous and dynamic cities," continued Pompeo. "Now, it'll be just another communist-run city where its people will be subject to the party elite's whims. It's sad."

In response, Pompeo says the US is implementing visa restrictions on Chinese officials responsible for overturning the long-held freedoms of Hong Kong's residents.

Britain also announced Wednesday it will extend residency rights to up to three million Hong Kongers eligible for the British National Overseas passport in an effort to uphold its historic duty to the former British colony.