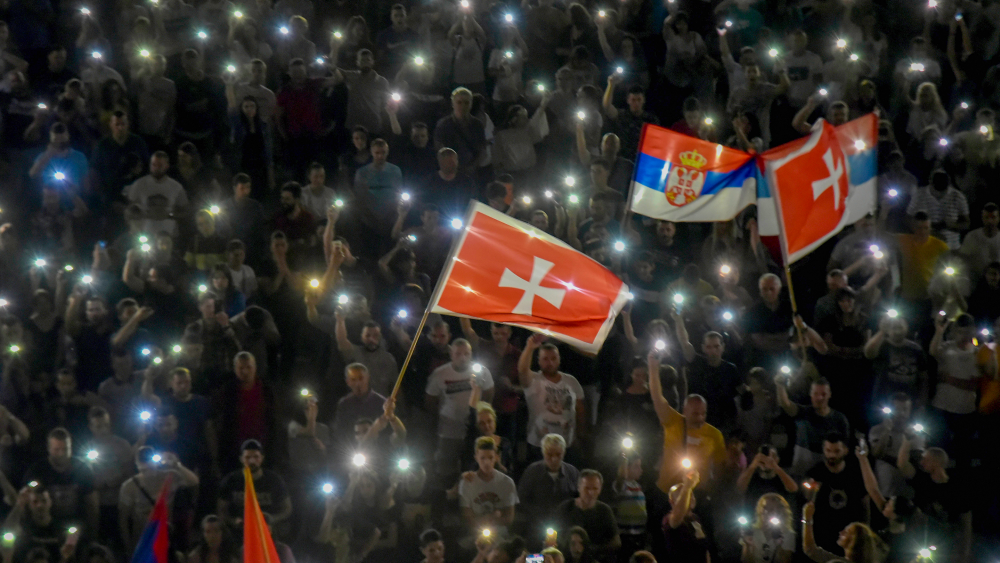 We often hear about religious persecution in the usual places of North Korea, China, and Iran.

But religious tensions are now running high in the small Balkan nation of Montenegro because of a controversial new law aimed at churches.

It's led to widespread protests and detention of some of the country's most prominent Christian leaders.

Eleven countries in this corner of southeastern Europe make up what's known as the Balkans. Among them, the tiny nation of Montenegro – home to just 600,000 people.

For months, thousands of protesters led by Serbian Orthodox Church leaders have marched in cities across the country protesting a law they claim allows the government to seize churches and other religious sites.

"Those protests have been happening as prayer walks and they are unique, and they are also celebrating the Christian faith here in Montenegro," Vladimir Leposavich, a lawyer with the Serbian Orthodox Church, told CBN News.

He fears the law is a pretext to steal their properties, which include hundreds of medieval churches and ancient monasteries that dot the landscape.

"In other words, the government is going to try to rob the church, which means to jeopardize its own survival, the survival of the church itself," he said.

The law, enacted in January, states that churches must provide proof of property ownership from before 1918 or risk their assets being taken by the government.

Leposavich fears such a move might suppress Serbian Orthodox Christians from living in Montenegro and further restrict religious freedom. "The government claims that the churches and temples supposedly do not belong to the church itself."

That's led to widespread protests, including clashes with police and repeated detention of those opposing the law, including Orthodox leaders and politicians.

Since its independence in 2006, Montenegro's government has fostered closer ties with the West. A NATO member, it's now negotiating to join the European Union.

Yet, Montenegrins remain divided on whether to foster closer relations with Serbia and Russia or the West.

For now, despite government restrictions on public gatherings due to the coronavirus, protesters continue to join church rallies across the country demanding the government abandon its controversial religion law.