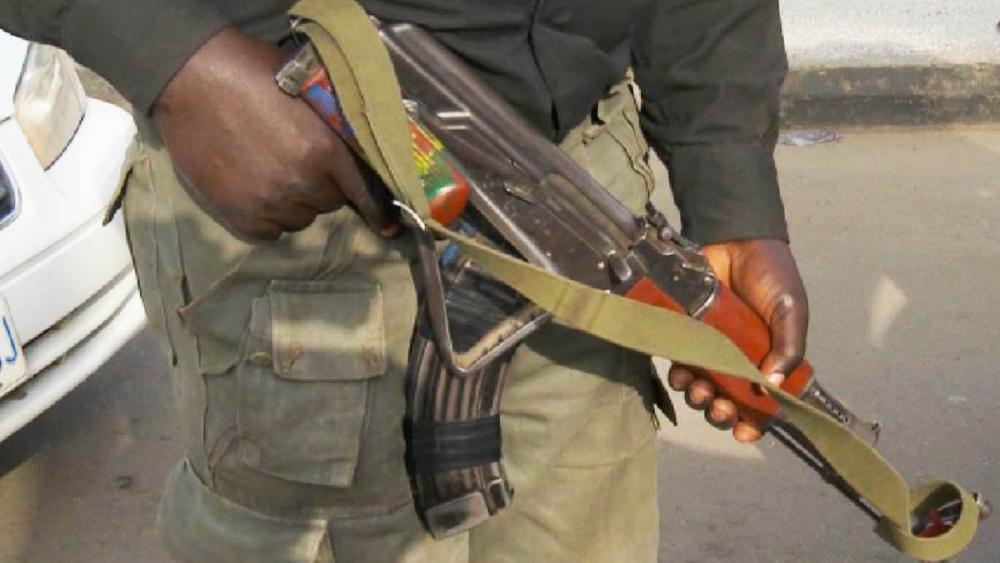 In the latest incident of violence against Christians in West Africa, it's reported Islamic extremists murdered five Nigerian men in Borno state as a warning to "all those being used by infidels to convert Muslims to Christianity."

Morning Star News reports a 35-second video of the execution of the five men was posted to YouTube by Eons Intelligence before it was removed. Three of the men who were killed were identified as Christians by a local resident.

The video showed all five men with red blindfolds kneeling to the camera. Behind them stood five other men armed with AK-47 rifles, their entire heads covered by masks to conceal their identities.

"And that is the reason whenever we capture you, they don't care to rescue you or work towards securing your release from us; and this is because they don't need you or value your lives. We, therefore, call on you to return to Allah by becoming Muslims. We shall continue to block all routes (highways) you travel," he continued.

"If you don't heed our warning, the fate of these five individuals will be your fate," the man said.

The speaker then commands, "Bismillah," which means "Go on," and the five men are shot dead.

The Borno resident said Ishaku Yakubu, an aid worker from Chibok with Action Against Hunger, was a member of the Church of the Brethren (EYN); Luka Filibus, an aid worker from Monguno with the International Rescue Committee, was an EYN member; and Joseph Prince, a private security firm worker, was a member of the Redeemed Christian Church in Maiduguri.

In a previous video recorded last month, Prince and Filibus identified their captors as members of the Islamic State in West Africa Province (ISWAP).

Action Against Hunger and the International Rescue Committee released statements confirming the deaths of their workers and condemning the executions.

Through a spokesman, Nigerian President Muhammadu Buhari sent condolences to the families of the men and said the government will do all it can to ensure that "every remaining vestige of Boko Haram is wiped out completely from northeastern Nigeria."

As CBN News has reported, last month a study from the United Kingdom sounded the alarm about the potential genocide of Christians in Nigeria. A coalition of British parliamentarians launched an extensive study into violence there and found that Islamist Fulani herdsman killed more than 1,000 Christians last year and 6,000 since 2015.

CBN News spoke with Petr Jasek who served in Nigeria for the Voice of the Martyrs (VOM) and he spent 15 months in prison in Sudan for helping persecuted Christians in that country.

"I have been in Nigeria more than 30 times in the last 20 years and I can say the situation was really bad much earlier than it was being recognized," Jasek explained. "Christians are being attacked by several groups. One of them is definitely Boko Haram, which is a branch of ISIS, and the Fulani herdsmen."