'The World Has No Idea What is Happening': Islamic Extremists Massacre, Behead in Mozambique Reign of Terror 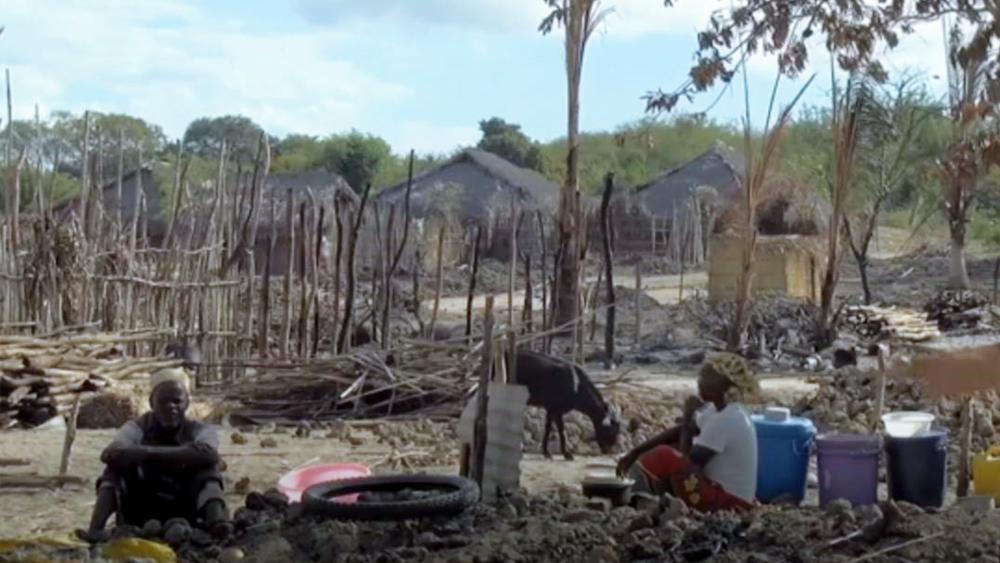 A village burned and attacked by Islamic extremists in Mozambique. (Image: APTN/Screenshot)

Islamic extremists have unleashed a reign of terror in northern Mozambique, Africa, leaving churches burned to the ground, people beheaded, and tens of thousands displaced and traumatized.

Just last month there were reports that the militants beheaded 15 people in one week. And during this year's Holy Week, 52 young people who refused to join the Islamic terrorists were killed.

Since 2017, more than 1,100 people have been killed in the attacks after extremists launched a violent campaign to persecute Christians and recruit young soldiers.

Bishop Luiz Fernando Lisboa of Mozambique's Pemba Diocese said the rest of the world looks upon this crisis with "indifference."

"The world still has no idea what is happening, because of indifference, and because it seems that we have already become accustomed to wars. There is war in Iraq, there is war in Syria and there is also now a war in Mozambique," Lisboa said.

"They attacked the church and burnt the benches and a statue of Our Lady, made of ebony," Lisboa added. "They also destroyed an image of the Sacred Heart of Jesus, to whom the parish is dedicated. Fortunately, they were unable to burn the building itself, only the benches.

The Catholic News Agency reports that Paulo Rangel, a Portuguese member of the European Parliament, said adolescent girls are being abducted and coerced into sexual slavery as well. The extremists target young boys too, forcing them to join their violent efforts or face death if they refuse.

"We know that the recruitment of boys and adolescents, some of them very young, aged 14, 15, 16, is also happening. It is obvious that these young boys are under coercion. If they refuse to join the group, they could be killed," Rangel added.

The surge of people fleeing the area has steadily increased as the violence has risen. Nearly 250,000 people have been displaced - many of them fleeing to Pemba, the capital of Cabo Delgado province.

Lisboa said the villagers have experienced severe trauma from these violent acts and they must not be treated like just another number.

"We cannot treat people like numbers. They are people and behind every person, there's a story, there's trauma from this war," he said. "Either because they lost their home, or because they saw their families being killed or because some of their relatives are missing."

Bishop Lisboa said 2020 has been the worst year since the beginning of the armed attacks began three years ago.

"There are many traumas, many, so we cannot limit ourselves in providing food, that's very little. Food is important, food keeps you going, it feeds the body. But some people are broken, traumatized with everything they have lived through, so we see that psychological and social support is fundamental," he said.

Mozambique's armed forces are fighting back. They killed 50 Islamic extremists in May in an area where the fighters had launched 11 attacks.

Lisboa says there is "hope" that "the war will end", and that 2021 will be a better and more peaceful year.