Will America and China Go to War Over Taiwan? 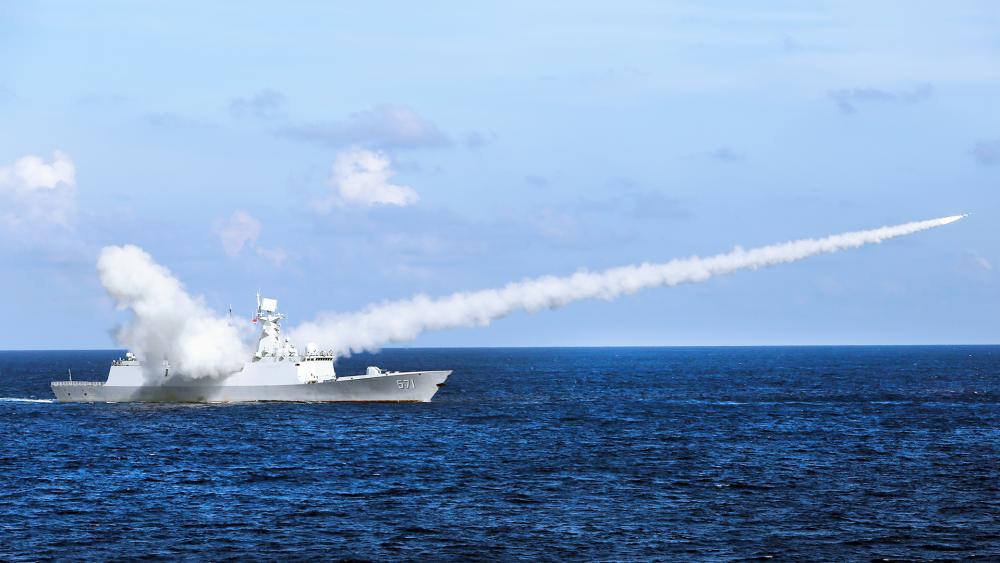 A recent video released by the Chinese military shows it practicing an amphibious assault against the island of Taiwan.

Incursions by Chinese fighter planes into Taiwan airspace have been happening almost daily since the summer.

Communist China views Democratic Taiwan as a renegade province that must be reunified with the mainland, and some experts believe the two countries are closer than ever to war.

If Taiwan cannot repel a Chinese invasion, the U.S. might decide it must come to Taiwan's rescue.

But before assuming the United States would win a war with China over Taiwan, consider a game they play at the Pentagon.

In the war game put on by the Rand Corporation for pentagon planners, the US routinely loses, mostly because of how far many U.S. military bases are from Taiwan.

China expert Dean Cheng at the Heritage Foundation says that "For (China), it's a 'home game.' For us, we have to sail across the Pacific."

Cheng thinks despite all the saber-rattling lately by the communist leaders in Beijing, a planned invasion of Taiwan would be too risky. China still doesn't have the landing craft to ferry enough troops across the Taiwan strait. It would have to use commercial shipping.

"Any kind of invasion of Taiwan means crossing a hundred miles of some of the worst water in the world by a military that hasn't fought a war since 1979 and runs the very real risk of American intervention," Cheng said.

The author of Bully of Asia, China expert Steven Mosher, agrees, saying the last thing Beijing wants is a shooting war with the United States.

"What it wants to do is it wants to use this gray area between war and peace to continue its cyberattacks, to continue its espionage in other countries," Mosher said, "But it certainly would use force in the future if it thought it had achieved a position of dominance."

A war with the United States would also decimate China's export-driven economy. A 2016 Rand study says China's Gross Domestic Product would shrink by more than one third, and America's GDP by as much as 10 percent.

China expert Dr. Robert Farley, who teaches at the University of Kentucky's Patterson School of Diplomacy and the US Army War College says, "The damage that a war between the United States and China would cause, especially in economic terms, is virtually incalculable.  It would be a financial apocalypse and it would be an economic apocalypse for both countries and for lots of other countries."

War Could Break Out Anyway

But even if China does not launch a planned invasion of Taiwan, war could still break out anyway. China's repeated incursions into Taiwanese airspace could trigger a shooting war that could quickly turn into a regional war for dominance of the South China sea.

The Philippines believes China would seize part of its territory in a war with the United States.

"Where we really need to watch is Taiwan," Farley said.

The United States has never explicitly committed itself to the defense of Taiwan. Some in Congress believe it's time to start.

But if America does come to Taiwan's rescue, hopefully, the U.S. military has learned something from all those losses to China during war games at the Pentagon.