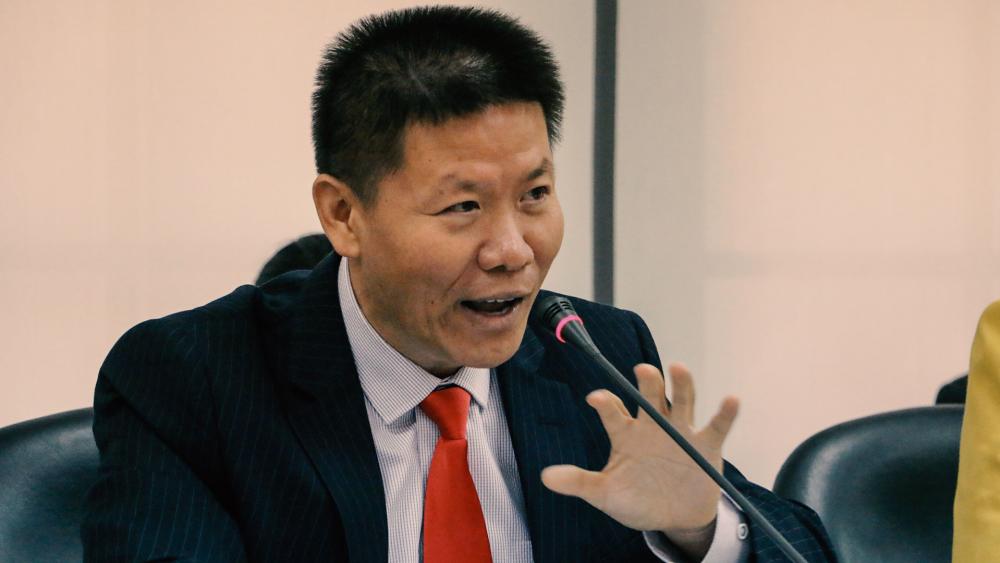 Pastor Bob Fu, founder of the faith-based advocacy group ChinaAid, and his family are in a protected location while the FBI and CIA investigate threats against his life from suspected members of the Chinese Communist Party.
The threats against Fu and his loved ones began Sept. 26, according to Patrick Payton, mayor of Midland, Texas. The mayor shared the information as protesters descended on Fu's home, accusing him of being a spy for the CCP.
Payton said the Fus have since been relocated as the FBI and CIA are "heavily involved" in an investigation into the situation.

The protesters gathered at the pastor's home argued he is a spy for the CCP, gathering information against Americans to provide to the Chinese government, according to the Midland Reporter-Telegram.
"It's something we can't come to grips with, why someone in this organization is saying he's a member of the Communist Party, when quite frankly, all he's done is been wanted by the Communist Party," Payton said. "We're still trying to figure that out."
And according to ChinaAid, an alleged CCP operative is urging supporters to "eliminate" Fu.
Currently, in mainland China, more than one million religious people — most minority Muslims — have been forced into labor camps. In addition, Christians are facing intense persecution for their faith, as it cannot be practiced freely or outside government control.
Fu's nonprofit ChinaAid provides legal assistance to Christians who have been wrongly arrested in China.

China Aid's Bob Fu on persecution of Christians in China

Bob Fu: What American Christians Can Do