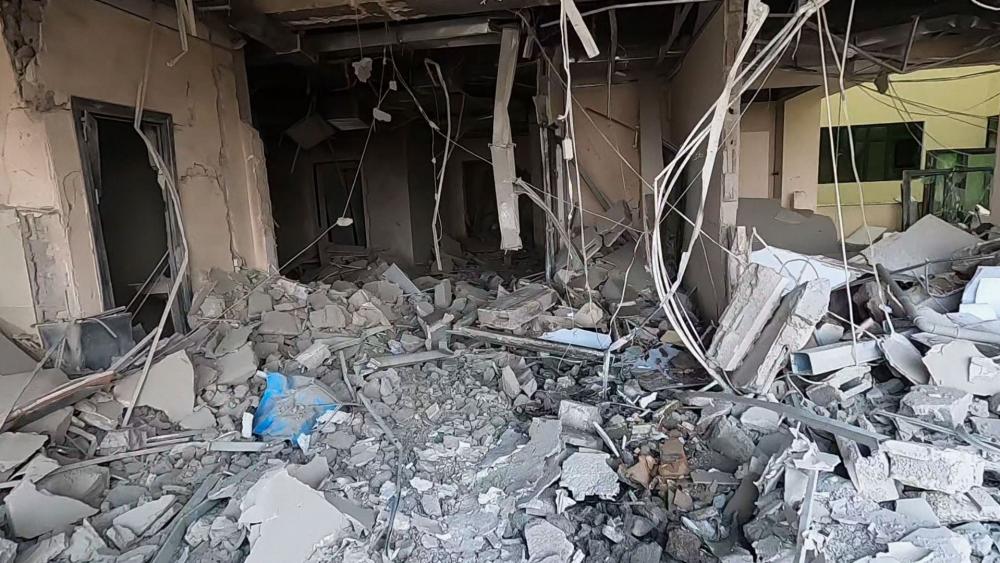 REPUBLIC OF ARTSAKH - A long-simmering conflict between two former Soviet countries has flared in recent weeks.

Armenia and Azerbaijan are fighting over the Nagorno-Karabach region. Both sides claim ownership of the land, which is predominantly populated by Armenians and has been semi-independent since 1991.

If you want to know what a war crime looks like, we found it. CBN News is on-site where an Azeri missile landed on a hospital just today. The wing of the hospital was just about ready to open. It's not near any military targets. It couldn't be an accident. It is very clear the Azerbaijan military is targeting civilian infrastructure.

Both sides accuse the other of atrocities in this conflict, but only Azerbaijan is trying to take land it does not control. The Armenians, on the other hand, see this as an existential threat.

"They want to occupy our territory and clean this territory from Armenians," said Archbishop Pargev Martirosyan, the current Primate of the Diocese of Artsakh of the Armenian Apostolic Church.

More than 99 percent of those living in the Nagorno-Karabach region are ethnic Armenians, and makeup one of the oldest Christian communities in the world.

Here in the capital of the Nagorno-Karabach region of Armenia, called Artsakh, in the city of Stepanakert, this CBN News correspondent observed the effects of the Azeri bombardment that has been hitting this city since September 27th. Of the 150,000 people who live in this area, most of them have already had to flee, but there are tens of thousands of people who are staying here, living in cellars and basements, and listening to the daily barrage of random artillery that is falling on this city.

"On Sept. 27, when we woke up, we heard the loud sounds of explosions. We saw the bursts, the smoke. We understood what was going on, And my dad told us to take all of our clothes, our things, and to go to his shop's underground cellar," said Slava Seyranyan, the 14-year-old son of a shopkeeper in Stepanakert.

CBN News also met an 83-year-old woman named Rosa who narrowly survived since she was sleeping when a bomb flattened her house. It had to be a very large bomb, and Rosa's house is not near any military objective. It's just more evidence of the random bombing of civilian areas by Azerbaijan, supported by Turkey.

Rosa says the fact that she survived is nothing short of a miracle.

Turkish President Recep Tayyip Erdogan has sent military assets to help Azerbaijan as this conflict has become a power struggle between regional superpowers. Armenia has limited support from Russia, but the Armenian military is still outnumbered five to one.

This reporter even endured a military attack from Azeri forces. The air raid siren was going off in the distance as random artillery shells fell all around the hotel where we are staying. One just landed a quarter mile in one direction, and another one landed in another direction. There have been several explosions behind the hotel as well. But this is what the people of Stepanakert are having to deal with literally every day. So you could be walking down the street and if one of those shells lands anywhere near you, it's game over.

As the violence continues to intensify, Armenians are vowing to fight to the bitter end, putting their faith in God.