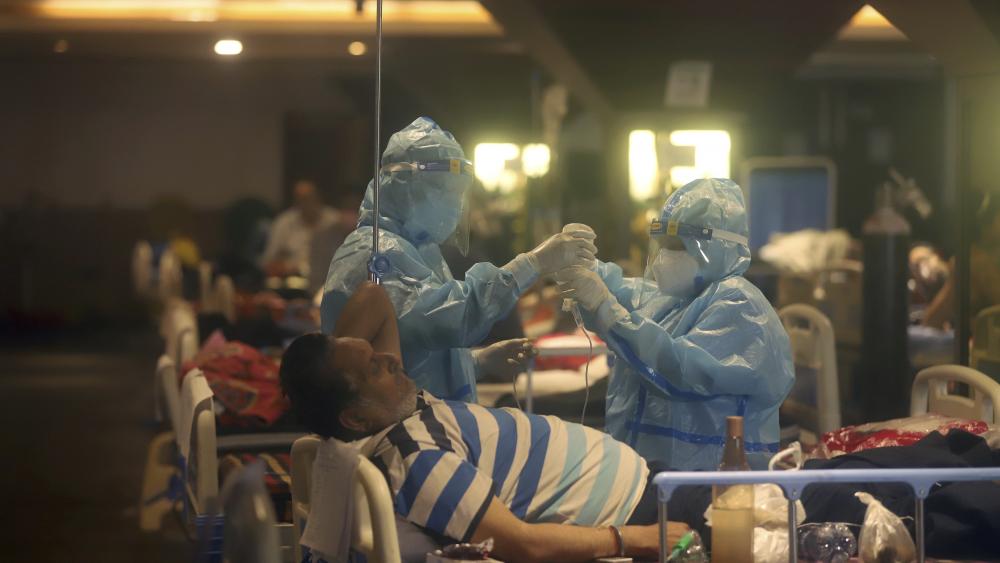 At New Delhi's international airport, planes from the United States, Russia, and the United Kingdom loaded with desperately needed medical equipment and supplies have arrived in the country.

With 386,452 new cases, India now has reported more than 18.7 million cases since the pandemic began, second only to the United States.

"The situation is critical right now," said Dr. Shaarang Sachdev of Aakash Healthcare Super Specialty Hospital. "This pandemic is the worst we have ever seen until now."

More than 200,000 have died so far in India, though experts believe the actual number could be much higher.

"The numbers, whatever you've got out there, have probably been under-reported because right now, people are fighting even to say goodbye to their dead," Priti told CBN News. "It's like a wildfire and we are overwhelmed, the system is overwhelmed."

India's health care system is on the brink of collapse as the virus tears through dense cities like Delhi and Mumbai and scores of rural towns and villages.

"The healthcare system has collapsed around us, hospitals have shut their gates, places are running out of medical oxygen," said Jeffrey Gettleman with the New York Times. "There's no ventilators to spare. Medicine has run short, and so many people are desperate to get help."

In India's financial center Mumbai, local hospitals are overwhelmed with the magnitude of the health crisis.

"There's definitely a shortage of COVID ICU beds, there's no doubt about it," said Murtuza Ghiya, an emergency physician, who pleaded with residents of the city to stay home. "The advice only would be a stay safe, stay home, please do not occupy hospital beds just because you're panicking, let the few hospital beds that are remaining be there for patients who absolutely require it."

Tempers are boiling over at a market in New Delhi, as hundreds of people haggle over the price of oxygen.

With hospitals running on empty, black markets in oxygen have sprung up around the country.

Critical aid from the United States arrived in New Delhi on Friday. The Biden administration sent more than $100 million worth of medical supplies to help in the country's fight against the virus.

"In addition, U.S. state governments, private companies, non-governmental organizations, and thousands of Americans from across the country have mobilized to deliver vital oxygen-related equipment and essential supplies for Indian hospitals to support frontline health care workers and the people of India most affected during this current outbreak," said Ned Price, a State Department spokesman.

Meanwhile, the U.S. has advised its citizens to leave India. An alert on the U.S. Embassy's website warned that "access to all types of medical care is becoming severely limited in India due to the surge in COVID-19 cases."

With the surge in deaths, even crematoriums are struggling to keep up as the bodies pile up.

And when the crematoriums run out of space, new makeshift ones pop up.

At an open park in Bengaluru, one of India's key IT capitals, lines of ambulances have been waiting to drop off dead COVID victims.

"They're setting up sites next to the official cremation grounds and lots of parking lots of parks, and they're lighting on fire, dozens of bodies at once," said Gettleman.

India's Prime Minister Narendra Modi is under fire for his handling of the virus and the vaccination drive.

India is the world's largest producer of vaccines, yet only 2 percent of the country's 1.3 billion people have been fully vaccinated.

And now, as the loss of life increases by the day, the United States, along with 40 other countries, are rushing personal protective equipment and other medical supplies to help fight the devastating crisis. 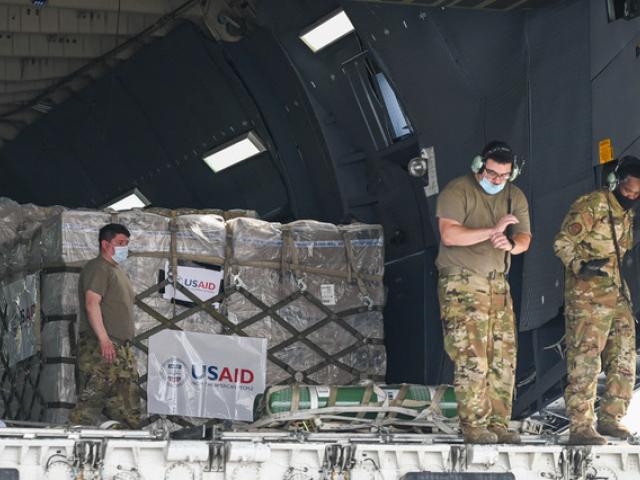 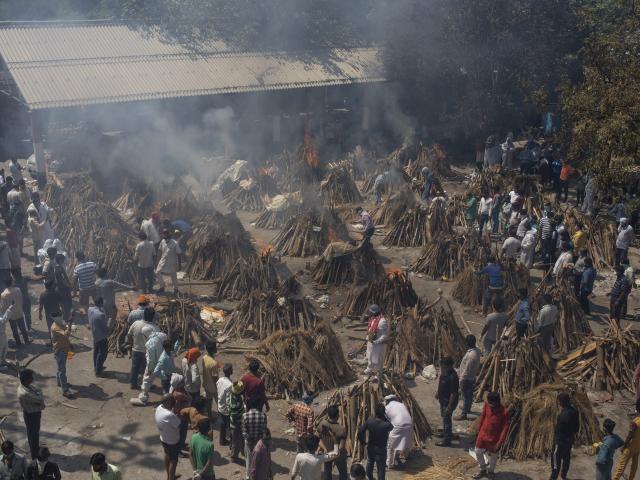 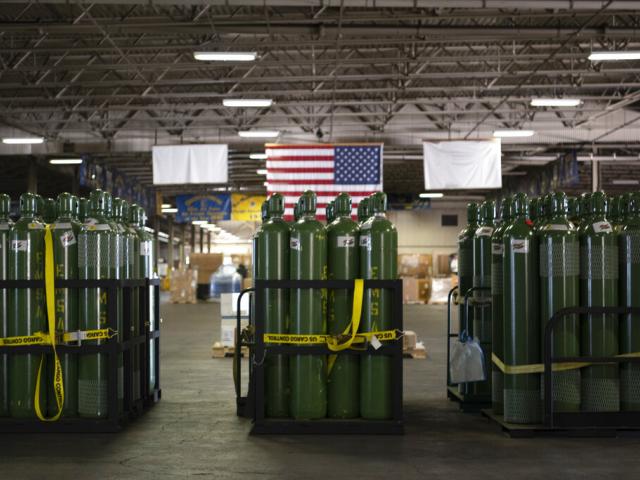