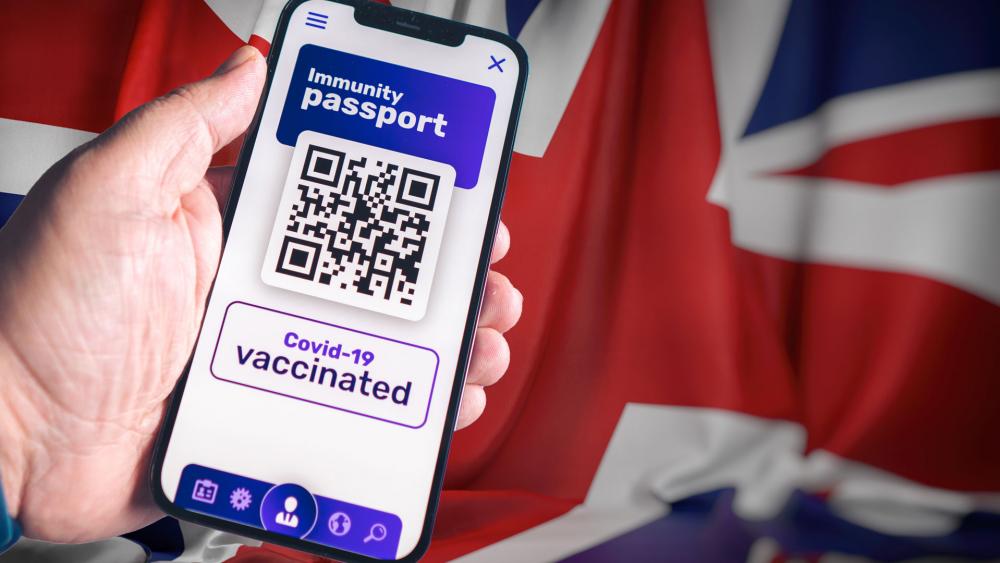 More than 1,200 leaders of churches in the United Kingdom have asked Prime Minister Boris Johnson not to establish so-called vaccine passports.

In an open letter to Johnson, the Anglican and Catholic clergy warn requiring such a license to prove COVID-19 status could create a "surveillance state."

The government maintains it's reviewing "COVID status certification" and no decisions have been made.

If enacted, a paper or app passport would allow people to prove they have been vaccinated, tested negative, or recovered from a confirmed infection in the last six months.  As the government relaxed pandemic restrictions, officials argue that such certificates would play a role in reopening large venues, including festivals, theaters, nightclubs, and sporting events. They could also be used when social distancing regulations are eased, allowing restaurants and pubs to re-open.

A government spokesperson told the BBC: "We are considering a range of evidence around COVID-status certification and whether it may have a role in opening up higher-risk settings safely. The review is ongoing and no decisions have been taken."

But in the letter to the prime minister, the Christian leaders warned the passports or freedom passes as they have been referred to by the British government would create a "medical apartheid."

"People may have various reasons for being unable or unwilling to receive vaccines currently available including, for some Christians, serious issues of conscience related to the ethics of vaccine manufacture or testing. We risk creating a two-tier society, a medical apartheid in which an underclass of people who decline vaccination are excluded from significant areas of public life. There is also a legitimate fear that this scheme would be the thin end of the wedge leading to a permanent state of affairs in which COVID vaccine status could be expanded to encompass other forms of medical treatment and perhaps even other criteria beyond that," the letter said.

"This scheme has the potential to bring about the end of liberal democracy as we know it and to create a surveillance state in which the government uses technology to control certain aspects of citizens' lives," the clergy wrote.

"As such, this constitutes one of the most dangerous policy proposals ever to be made in the history of British politics," the letter continued.

The Christian leaders also wrote that no matter what the government decides, "we envisage no circumstances in which we could close our doors to those who do not have a vaccine passport, negative test certificate, or any other 'proof of health.' For the Church of Jesus Christ to shut out those deemed by the state to be social undesirables would be anathema to us and a denial of the truth of the Gospel."

"The message we preach is given by God for all people and consists in nothing other than the free gift of grace offered in Christ Jesus, with the universal call to repentance and faith in him. To deny people entry to hear this life-giving message and to receive this life-giving ministry would be a fundamental betrayal of Christ and the Gospel," the letter said. "Sincere Christian churches and organizations could not do this, and as Christian leaders, we would be compelled to resist any such Act of Parliament vigorously."

The letter posted online also asks the leaders of a church or organization in the U.K. to consider signing the letter.

Earlier this month, Nadhim Zahawim the U.K.'s vaccine minister, told the BBC: "It's only right that we look at all these options that are available to us to take our lives back."

Johnson has signaled he would be open to the idea of COVID passports. However, more than 70 members of Parliament from both the Conservative and opposition parties have criticized the plan, arguing that demanding medical information in order to take part in local community life was discriminatory and divisive," according to the network.

Apparently, the British public also has concerns about potential discrimination and surveillance issues should the vaccine passports be approved.

Around four in ten adults believe unvaccinated people will be discriminated against, according to research from the University of Bristol and King's College London.