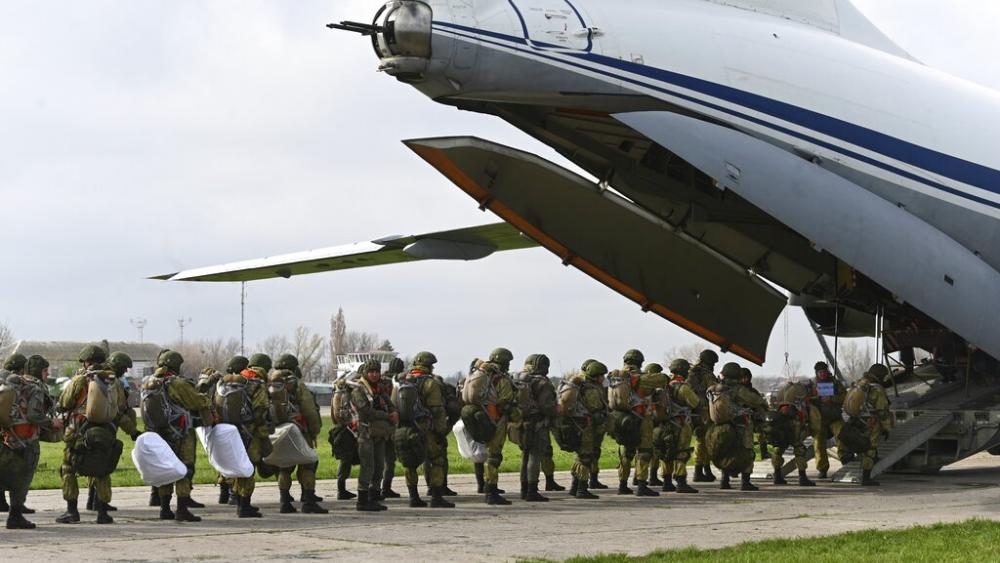 MOSCOW (AP) — Russia's defense minister on Thursday ordered troops back to their permanent bases following massive drills amid tensions with Ukraine, but said they should leave their weapons behind in western Russia for another exercise later this year.

After watching the drills, Russian Defense Minister Sergei Shoigu declared the maneuvers in Crimea and wide swathes of western Russia over and ordered the military to pull the troops that took part in them back to their permanent bases.

“I consider the goals of the snap check of readiness fulfilled,” Shoigu said. “The troops have shown their capability to defend the country and I decided to complete the drills in the South and Western military districts.”

Shoigu said the troops should return to their bases by May 1, but he ordered their heavy weapons kept in western Russia for another massive military exercise. The weapons were remaining at the Pogonovo firing range in the southwestern Voronezh region 160 kilometers (100 miles) east of the border with Ukraine.

The Russian troop buildup near Ukraine that came amid increasing violations of a cease-fire in war-torn eastern Ukraine raised concerns in the West, which urged the Kremlin to pull its forces back.