Crisis in the Taiwan Strait: Is a Chinese Invasion of Taiwan Imminent?

Taiwan's foreign minister warned China on Wednesday that the island nation will defend itself "to the very last day" if attacked.

China has ramped up military operations in the Taiwan Strait significantly and there are fresh fears of a Chinese invasion of Taiwan.

Beijing views the island nation as a renegade province and could be tempted to make a move because according to some experts, Beijing sees the Biden Administration as weak.

But would China actually risk war over Taiwan, and then, what would America do?

While China talks tough and has improved its military by stealing technology from the United States, Chinese leaders are keenly aware the nation has not fought a major war in 42 years and when it did in 1979, it struggled against Vietnam. Some experts say China was defeated.

"My opinion is this problem is much closer to us than most think," Aquilo said, "And we have to take this on...with urgency."

With China's own military untested in combat while America has been fighting in several nations, some experts say the last thing China wants is a shooting war with the United States. But China's true intentions remain a mystery.

"I think it would be very, very dangerous to assume that all of this is just saber-rattling," said Dean Cheng, a senior research fellow at The Heritage Foundation.

"China would certainly prefer to reunify with Taiwan peacefully...but what the Chinese leadership has made clear over the last 70 years is they are prepared to use force if it is necessary," Cheng explained.

What might help prevent an invasion of Taiwan would be an actual agreement with the United States to defend the island. There is no defense pact between the U.S. and Taiwan now but something officials call "strategic ambiguity," which means China doesn't know if the U.S will defend the island or not. That strategy was condemned during a recent online House subcommittee hearing on Taiwan.

"And I must say, strategic ambiguity relative to Taiwan and China is, in my opinion, absurd and dangerous, said Rep. Steve Chabot (R-OH), "We ought to be crystal clear that if China attacks Taiwan, we will be there with Taiwan."

Pentagon simulations show the U.S. losing a war with China over Taiwan, primarily because American bases are so far from the island.

And China may have already decided that now is the time to strike. 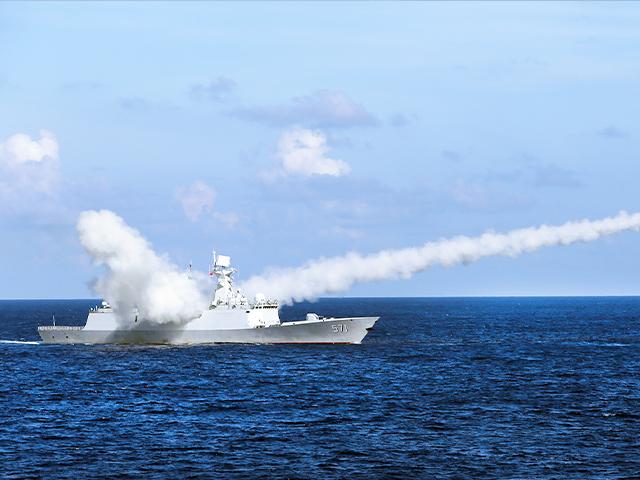 Will America and China Go to War Over Taiwan?
CBN News Email Updates