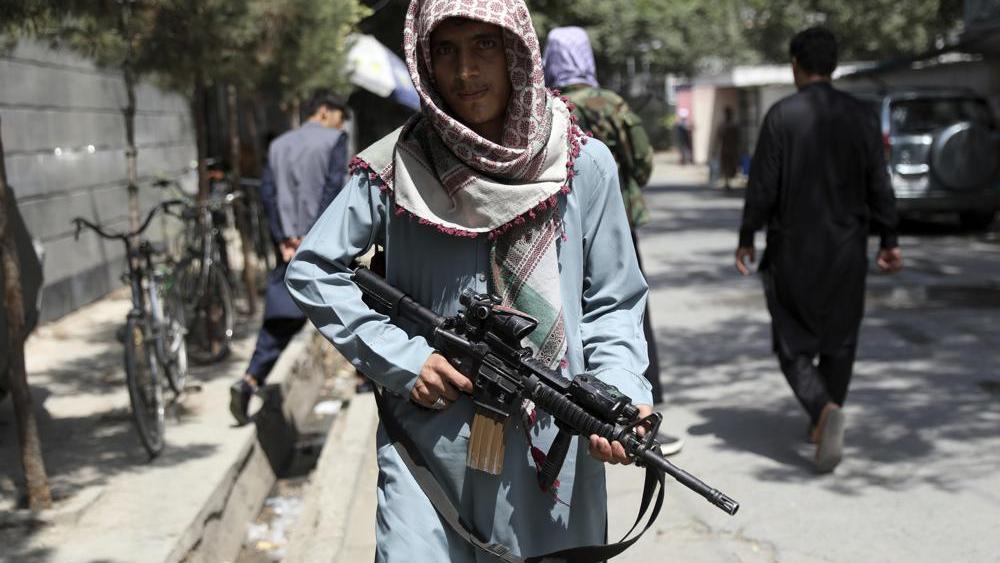 The United States, United Kingdom, and Australia are sending an urgent warning to its citizens of an imminent attack by an Islamic State affiliate against thousands gathered at entry points to Kabul's airport

"Our clear travel advice is now: do not travel to Hamid Karzai International Airport," warned Marise Payne, Australia's foreign minister adding that "if you are in the area of the airport, move to a safe location and await further advice."

The urgent message coming as U.S. and coalition partners race to evacuate as many as possible ahead of the August 31st deadline.

"I have an aunt and a cousin who are in Afghanistan and their families," said Mizgon Zahir Darby, an Afghan American community activist based in California. "What we're hearing is that the situation is getting worse daily."

Some 4,500 Americans have been airlifted so far. The State Department saying 1,500 are still inside the country.

"We're aggressively reaching out to them multiple times a day through multiple channels of communication, phone, email, text messaging to determine whether they still want to leave and to get the most up to date information and instructions to them for how to do so," said U.S. Secretary of State Antony Blinken during a Wednesday press conference.

Some 77,000 Afghans have been flown out of Kabul in the past 12 days, but thousands who worked alongside U.S. and coalition partners could be left behind to face a perilous future.

"The Taliban will let American citizens in but if they see Afghan interpreters that have their SIV applications, sometimes they're turned away," said Rep. Michael McCaul (R-TX). "Sometimes, more grimly, they are returned to their homes, where they behead their family and then behead them."

The Catholic News Agency reporting that Afghan Christians are being turned away at the airport by U.S. officials, despite having all necessary paper work to exit.

The U.S. Commission on Religious Freedom sending an urgent message to the Biden administration to broaden the list of those allowed to leave to include Afghan religious minorities who face severe risks.

"Many of them are Christians now, but they come from a Muslim background and they are in fear of their life," warned Charmaine Hedding, president of the Israel-based Shai fund

Private groups like Hedding's Shai fund are mobilizing to help get them and others out.

Hedding telling CBN News in Jerusalem that they had 21 Afghan believers at the airport ready to go but were denied exit.

She warns these and other Afghans could face danger after the U.S. pulls out next week.

"They received a letter from the Taliban before they even closed down the whole of Kabul saying we know who you are; we know where you are.  So, they've got them on a list and they're hunting them down."

Meanwhile, the Nazarene Fund, headed by conservative talk show host Glenn Beck, has reportedly raised more than 28 million dollars to rescue Christians and other Afghan minorities. Beck is currently in the region coordinating those flights.