As Horror Unfolds in Afghanistan, Biden Stands by Abrupt Withdrawal with No Explanation for US Lack of Preparation 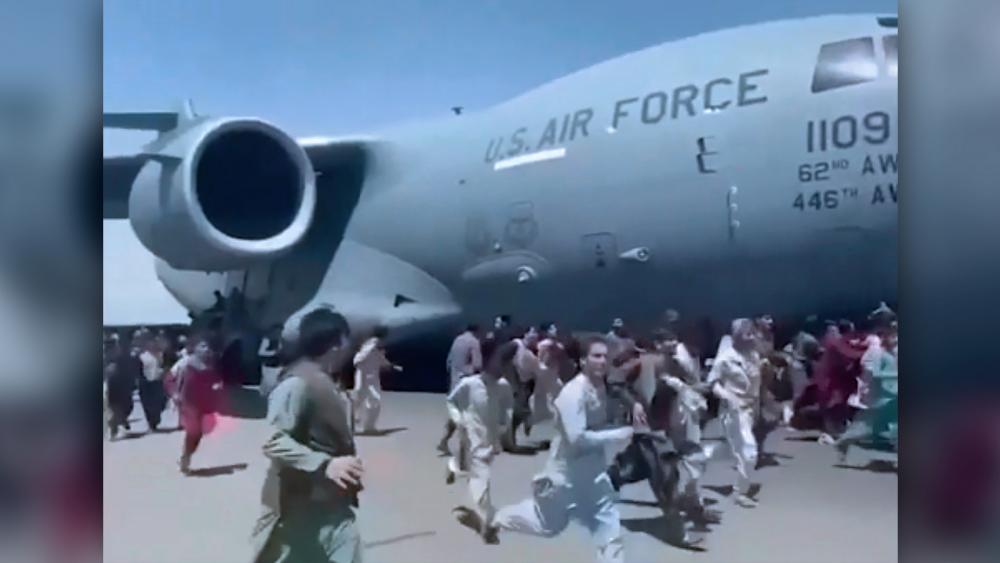 Thousands of Afghans rushed onto the tarmac of Kabul’s international airport, some so desperate to escape the Taliban capture of their country that they held onto an American military jet as it took off and fell to their death. (Verified UGC via AP)
6268324867001
As Horror Unfolds in Afghanistan, Biden Stands by Abrupt Withdrawal with No Explanation for US Lack of Preparation
6268332106001
Religious Freedom Institute's Eric Patterson: Christians Destined for 'Greater Persecution' Under Taliban

WASHINGTON – After a full day of dramatic images of Afghans trying to flee the Taliban takeover of Kabul, President Joe Biden addressed the nation. While he stuck by his decision to leave Afghanistan, he offered no explanation for the United States' lack of preparation for the rapid collapse.

Chaos and desperation played out in dramatic fashion at the Kabul airport with thousands of Afghans crowding the runway and surrounding a massive military jet.

As uncertainty hovers over Kabul with the #Taliban at the city gates, here is a look at what’s happening on the streets of #Afghanistan’s capital. https://t.co/j4iK9kxYD3

Some even clung to the outside of the fuselage. Inside, 640 lucky Afghans were evacuated. Thousands remain stuck in Afghanistan to face the Islamic brutality of the Taliban. The radical Islamic group has announced they're now in full control of Afghanistan.

The outcry over the images forced Biden to come down from his vacation in Camp David to talk to the American people.

"I stand squarely behind my decision," he said at the White House.

Biden blamed the rapid fall of Afghanistan on the Afghan government and military.

"The truth is, this did unfold more quickly than we had anticipated," he conceded. "So what's happened? Afghanistan political leaders gave up and fled the country. The Afghan military collapsed, sometimes without trying to fight."

"When I came into office, I inherited a deal that President Trump negotiated with the Taliban," said Biden. Former Secretary of State Mike Pompeo says Biden didn't even try to enforce that deal which would have held the Taliban back from its swift takeover of the entire country.

"What we have seen is an unmitigated disaster, a stain on the reputation on the United States of America," said Senate Minority Leader Mitch McConnell (R-KY). "Every terrorist around the world, in Syria, in Iraq, In Yemen, in Africa are cheering the defeat of the United States military by a terrorist organization in Afghanistan."

Even top Democrats are critical. Senate Intelligence Committee Chairman Mark Warner (D-VA) issued a statement calling for an investigation into the collapse:

"I hope to work with the other committees of jurisdiction to ask tough but necessary questions about why we weren't better prepared for a worst-case scenario involving such a swift and total collapse of the Afghan government and security forces."

There are also growing concerns for human rights, especially for women and girls. Biden says he'll continue to speak up for them but many worry that won't be enough. All public images of women are already being painted over or torn down in Afghanistan.

In an effort to calm the population, the Taliban is offering amnesty and inviting women to join their government. However, in parts of the country there are reports of girls as young as 15 being forced to marry Taliban fighters. 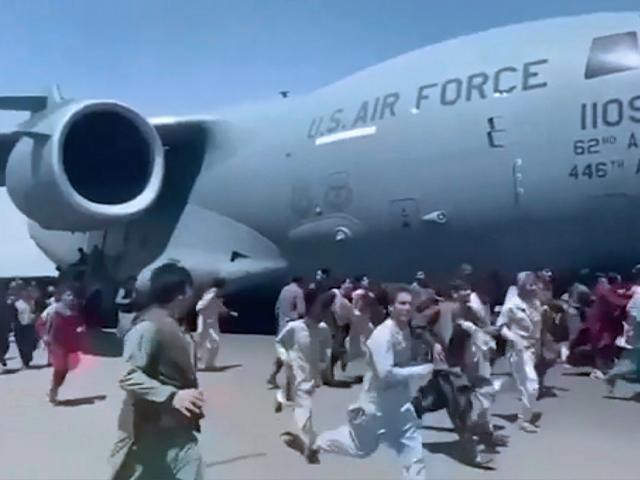 Thousands of Afghans rushed onto the tarmac of Kabul’s international airport, some so desperate to escape the Taliban capture of their country that they held onto an American military jet as it took off and fell to their death. (Verified UGC via AP)