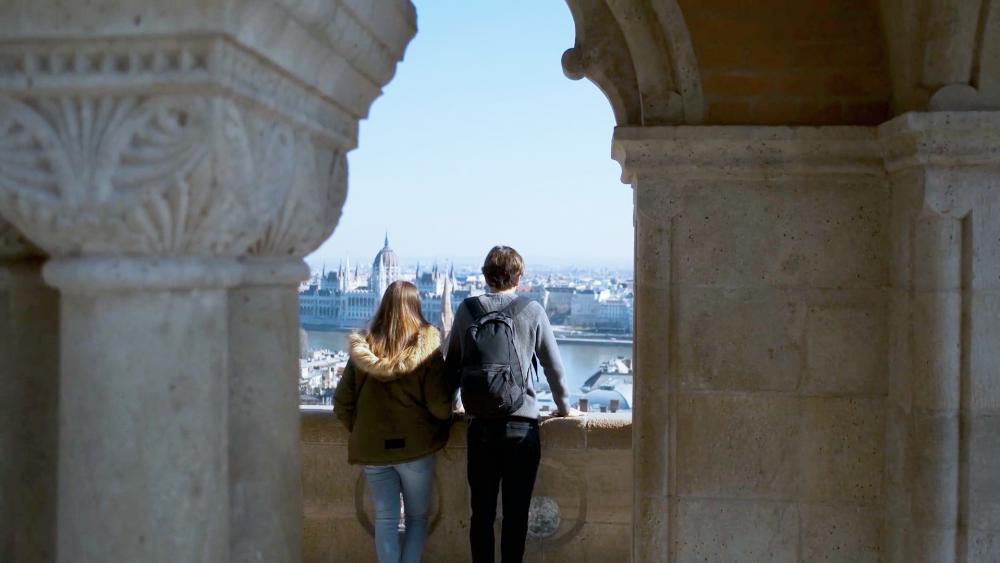 6268633373001
Hungary Defends Biblical Principles and Helps the Persecuted: 'Hungary is a Christian Nation'

In Hungary preserving Christian values is a government priority and helping persecuted Christians a moral obligation.

He serves as State Secretary for the Aid of Persecuted Christians and to hear him talk about Hungary's national dedication to Biblical principles, in today's world, is a jaw-dropping experience.

His position in the Hungarian government, equivalent to that of a deputy secretary in the US, is designed for one purpose: helping persecuted Christians around the world through a program called "Hungary Helps."

"Christians are the most persecuted religious group in the world," Azbej explains.

"There are 340 million people who are discriminated or threatened or suffering genocidal attacks because of their faith in Christ," he continues.

In four years, Hungary has supported a quarter-million persecuted Christians, helped reconstruct 67 churches in Lebanon, and completely rebuilt the Christian town of Telskuf in Iraq after it was decimated by ISIS.

"900 buildings were damaged. The church there was used for target practice by the jihadis," he explains.

Of the 1300 Christian families who fled, 1,000 have returned and now lovingly refer to their village as the "Daughter of Hungary."

Hungary's approach is simple. Azbej and his team travel to where Christians are hurting and ask to help. Their reception is universal.

"They are truly shocked in the good sense that there is someone in the world who is actually caring about their faith."

"The pure fact that someone from the western world is actually asking this question - that is more important and empowering than anything else," he says.

We caught up with Azbej at the International Religious Freedom Summit held in Washington this summer, where in the future, Azbej hopes more governments follow Hungary's lead to help the persecuted.

"What we want to achieve is next to the town that is called now 'Daughter of Hungary.' I wish that there was a 'son of the U.S.'"

Increasingly Hungary faces scrutiny over its traditional values from the European Union and LGBT activists.

Tensions flared this summer when Hungary's parliament, the National Assembly, passed a law to protect children from exposure to inappropriate sexual content, including homosexual content, and to preserve the rights of Hungarian parents to retain sole control over their children's sexual education.

The executive branch of the European Union launched legal action over the law, saying it discriminates against LGBT people.

"Hungary has failed to explain why the exposure of children to LGBTIQ content as such would be detrimental to their well-being or not in line with the best interests of the child," the EU argued in a statement.

"We are seeing a very strong lobby in the European Union to push gender ideology through the European Union directives and the legislation and that's such a strong initiative that eventually it will be mandatory to be implemented in the member states of the European Union so we have made this measure to protect our whole legal system from that lobby that is completely, completely alien and foreign from the values of the Hungarian people," Azbej says.

His nation's constitution, adopted in 2011, is consistent with Christian teachings.

"We have confirmed in our constitution that the marriage is between one man and one woman, that life has to be protected from conception."

And recently Hungary amended it to confirm a mother is a woman and a father is a man. "This seems to be a strange thing that this is needed to be put in a constitution," he says.

Beyond the politics, Azbej says through his extraordinary job, he's received so much more than he's given.

"I have been meeting with true heroes of faith in the persecuted Christian communities and I have gained such a strength from their testimonies, from their faith even despite all the threats and the humiliation they are facing that also it was a true faith experience for me," he says.

"So maybe it's not us western Christians supporting the persecuted brothers and sisters in the Middle East and Africa - they are supporting us. They have a message to keep our faith, to keep our identity in Christ," he continues.

It's a message Hungary is taking to heart. As Azbej shows the love of Jesus to his nation's Christian brothers and sisters suffering around the world.

"In our department, we never had any motivational problems because all my colleagues are fully understanding the importance of this mission," he says.