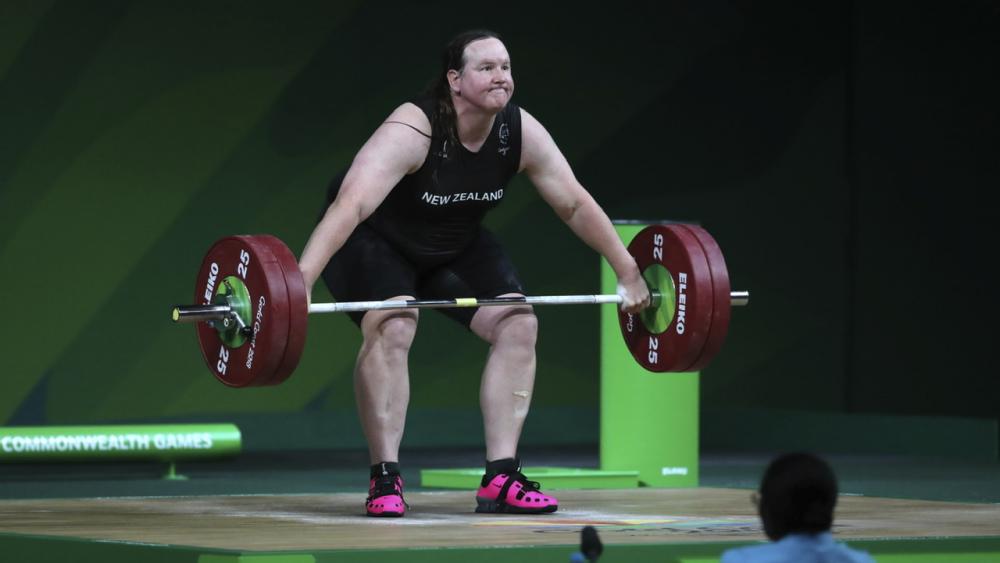 Hubbard became the first openly transgender athlete to compete in the Olympic Games on Monday when the 43-year-old took part in the women’s weightlifting competition. But the weightlifter failed to advance, after being unable to hoist 125kg.

“The Olympic Games are a global celebration of our hopes, our ideals, and our values,” Hubbard said in a statement through the New Zealand Olympic Committee, Fox News reported. “I commend the IOC for its commitment to making sport inclusive and accessible.”

Hubbard’s statement came after Dr. Richard Budgett, the medical and science director for the committee, heaped praise on the athlete. He said “everyone agrees transgender women are women,” according to a report published Thursday by The Guardian.

“There is a lot of disagreement across the whole world of sport and beyond on this issue of eligibility,” Budgett asserted. “Everyone agrees transgender women are women. But it’s a matter of eligibility for sport, and particular events, and it really has to be very sport-specific.”

“One of the reasons there is no new framework published yet is not just because of the difficulty in coming to any consensus,” he continued. “It’s because it would have been inappropriate to come out with new guidelines just before the Olympics. There will be a new framework to help individual sports and we’re working very closely with them, but it’s not published yet.”

Budgett went on to say there are no standard rules regarding transgender participation, describing Hubbard as “a woman … competing under the rules of her federation, and we have to pay tribute to her courage and tenacity in actually competing and qualifying for the Games.”

Hubbard first became eligible to compete as a female in 2015, after showing a testosterone level below 10 nanomoles per liter for the preceding 12 months leading up to competing. Before 2013, Hubbard participated in men’s competitions.

In December, a study published in the British Journal of Sports Medicine found that, even after taking hormones for two years to suppress their testosterone levels, transgender females still maintained a 12% advantage in running, a 10% advantage in push-ups, and a 6% advantage in sit-ups. The authors of the study said those percentages could even be underestimated “because trans women will have a higher power output than [biological] women when performing an equivalent number of push-ups.”

Retired New Zealand weightlifter Tracey Lambrechs, a former Olympian who lost several weightlifting records to Hubbard after the transgender athlete began participating in women’s competitions, warned the inclusion of biological males, like Hubbard, in women’s sports would lead to the elimination of women’s sports altogether.

“It’s honestly going to knock women out of sport,” she said in June, according to Fox News. “Women are not going to want to participate in something where there isn’t opportunity for them to win medals or go to international competition.”

Lambrechs said in May that, when she was competing, she was compelled to stay quiet about her concerns about Hubbard. That same pressure, she said, applies to athletes competing alongside Hubbard now.

“I’ve had female weightlifters come up to me and say, ‘What do we do? This isn’t fair. What do we do?’” she said. “Unfortunately, there’s nothing we can do because, every time we voice it, we get told to be quiet.”