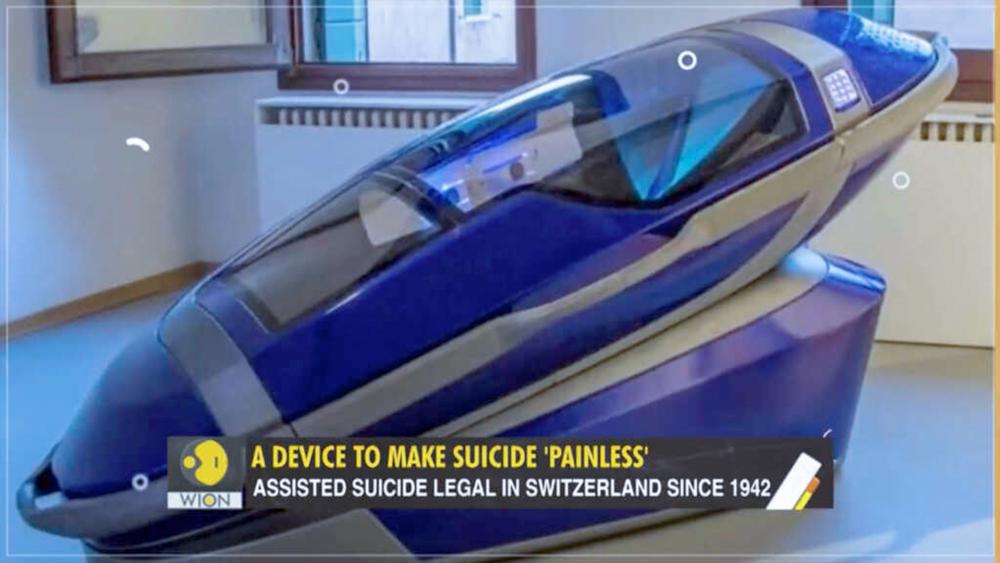 “The machine can be towed anywhere for the death.”

Those are the words of Dr. Philip Nitschke, the founder of Exit International and the creator of the so-called Sarco “suicide pod,” a portable, otherworldly-looking contraption designed to “peacefully” end the lives of those who lay down inside it.

“We want to remove any kind of psychiatric review from the process and allow the individual to control the method themselves,” Nitschke said of his invention during an interview with Swiss Info. “Our aim is to develop an artificial intelligence screening system to establish the person’s mental capacity. Naturally, there is a lot of skepticism, especially on the part of psychiatrists.”

If made available in the new year, the “suicide pod” would certainly garner interest. Some 1,300 people in Switzerland ended their lives by assisted suicide in 2020, each of whom ingested liquid sodium pentobarbital to kill themselves.

#Gravitas | Switzerland has legalised a 'Suicide Machine'. The device promises a 'painless death' within a minute. Assisted Suicide has been legal in the country since 1942. The 'Sarco Pod' is aimed at making the process easier. @palkisu has a report.#SuicideMachine pic.twitter.com/z8rM11xf2r

When using the drug, the user falls asleep within two to five minutes of ingesting the solution before ultimately passing away. The Sarco device — which got its name from the sarcophagi used in Ancient Greece and Egypt — offers suicide assistance without the use of controlled substances, presumably making it more accessible.

As for how the 3D-printed machine works, once inside, users will be prompted to answer a series of questions before being presented with a button that will bring the oxygen level inside the tank down to a dangerously low level. Nitrogen fills up the egg-like vessel, quickly depleting the breathable air from 21% down to just 1% within half a minute.

The lack of oxygen causes the body to descend into hypoxia, a deprivation of oxygen to the body’s tissues, and hypocapnia, a reduction of carbon dioxide in the blood, followed by fatal oxygen and carbon dioxide depletion.

Despite the ghoulish and terrifying reality, Nitschke, known as “Dr. Death,” insists individuals in the capsule feel “no panic, no choking feeling” but are instead “a little disoriented” and “slightly euphoric.”

Death in the portable, biodegradable machine — which can then be used as a coffin — takes anywhere from five to 10 minutes.

One of the selling points of the contraption, the doctor argued, is that it can be taken anywhere: “It can be in an idyllic outdoor setting or in the premises of an assisted suicide organization, for example.”

“The person will get into the capsule and lie down,” he said. “It’s very comfortable.”

Nitschke is hoping to make the “suicide pod” widely available in 2022.

Although the Sarco device has been approved by a regulatory panel in Switzerland, it is not yet available for use in the country. It can be legally employed, but there are only two prototypes in existence right now, according to BGR, one of which is on display at the Museum for Sepulchral Culture in Kassel, Germany, and the other of which is not “esthetically pleasing,” so is not on display or in use.