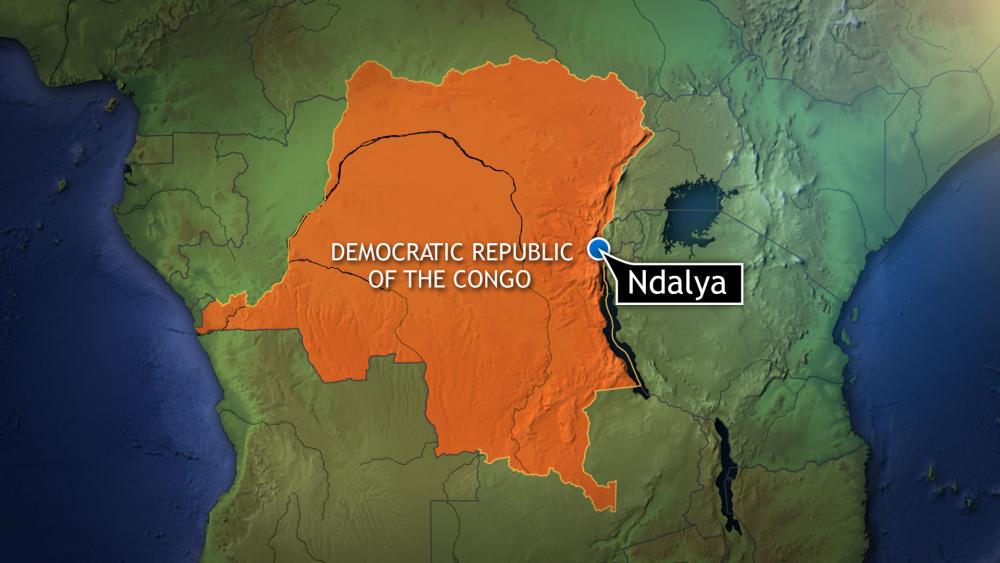 CBN News Senior International Correspondent George Thomas appeared on the Friday afternoon edition of CBN's Newswatch to discuss the on-going attacks by Islamic terrorists in the Democratic Republic of the Congo (DRC). Newswatch is seen weekdays on the CBN News Channel.

Sixteen people were killed and a Catholic church burned down when Islamic terrorists attacked a village in the African nation of the Democratic Republic of Congo.

Reuters reports 13 civilians and three soldiers were killed on Feb. 14 by terrorists when they opened fire after entering the village of Ndalya located about 60 miles south of the city of Bunia. The village is located in the northeastern part of the country which is near Uganda.

Human rights groups say the terrorists also burned down a Catholic church during the raid.  Arriving on the scene, the DRC military engaged the terrorists in a short firefight.

"For the moment our troops are occupying the village after this attack which cost civilian lives," DRC army spokesman Jules Ngongo Tshikudi, told the news agency, adding that three soldiers and four assailants were killed when the army drove them back.

It was not immediately clear to military officials which group carried out the attack. Tshikudi blamed the Allied Democratic Forces (ADF), a Ugandan armed group active in eastern Congo since the 1990s. The Islamic State has claimed responsibility for some suspected ADF attacks, but UN officials have not verified any link between the two terrorist organizations.

Reuters noted that Congo's eastern borderlands with Uganda, Rwanda, and Burundi are home to more than 100 different militias, many remnants of its brutal civil wars that officially ended in 2003.

A spokesperson for Open Doors USA said Christians in the DRC are being targeted.

"These predominantly Christian communities are attacked by an Islamic extremist group with a clear Islamic expansionist agenda," Open Doors spokesperson Illia Djadi stated in reference to ADF. "We need to pay attention to these events because what is happening in eastern DRC, the killing of innocent civilians on an almost daily basis, is an underreported tragedy."

Even though 85 percent to 90 percent of the DRC's population is Christian, Islamic extremism continues to worsen, putting the African country at number 40 on the 2021 Open Doors World Watch List for Christian persecution.

As CBN News has reported, more than a year after the defeat of ISIS in Syria, the Islamic terror group is turning its sights on Africa. The continent is currently witnessing a spree of terror attacks inspired by ISIS-affiliated groups.

Steve Killelea tracks terror around the globe for the Australia-based Institute for Economics and Peace. He told CBN News in December that the center of gravity for ISIS and other Islamic terror organizations is clearly moving.

"Sub-Saharan Africa now has a higher number of people killed through terrorism than in the Middle East and North Africa," Killelea noted.

Burkina Faso, Mozambique, the Democratic Republic of Congo, Mali, Niger, Cameroon, and Ethiopia are among those countries witnessing a spike in attacks over the last year.

As CBN News reported earlier this month, Islamic terrorists are launching violent attacks against people in the DRC as innocent men, women, and children are being killed almost daily. In the past month, more than 100 people were murdered, and a majority of them were reportedly Christians.