Nationwide Protests and Civil Disobedience: The People's Response to Military Coup in Myanmar 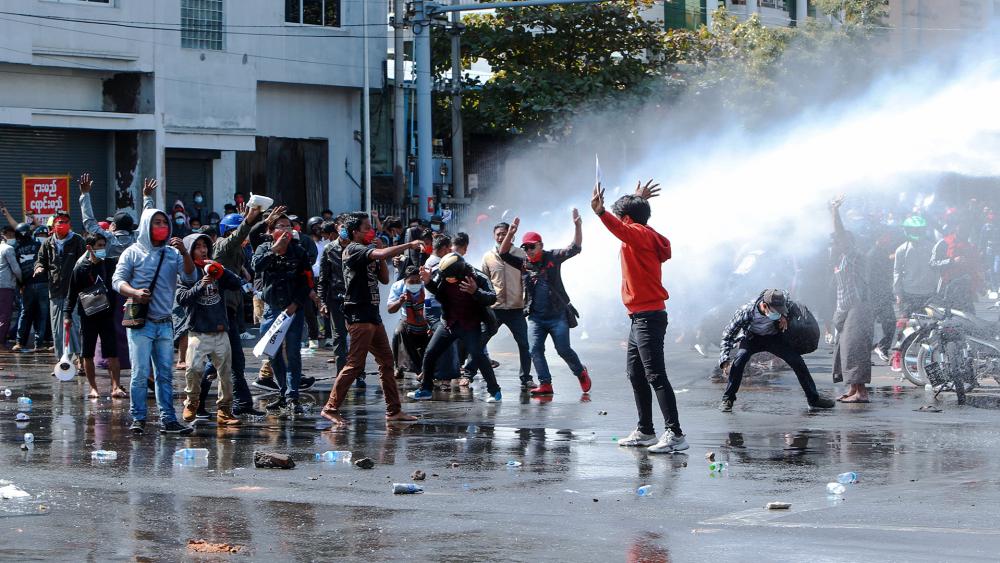 Police use water cannon to disperse demonstrators during a protest in Mandalay, Myanmar, Tuesday, Feb. 9, 2021. (AP Photo)
6230934044001
Nationwide Protests and Civil Disobedience: The People's Response to Military Coup in Myanmar

The cries of "Down with military dictatorship!" still ring through the streets of Myanmar's largest city of Yangon. Along with the protests, thousands of people have demanded the release of the government's leader, Aung Saan Suu Kyi, along with other officials in her party, the National League for Democracy.

Demonstrators feel the military coup overturned the will of the people. The military called the November election fraudulent while failing to present any evidence.

A supporter of the National League for Democracy poured out her sentiments to CBN News.

"We voted our government fairly and righteously but this unfairness is ruling over the righteous and it makes me and all of us sad and angry. Even though we, the people are so angry, we demonstrate peacefully to voice our demand," she said. "The military might not care and might respond harshly toward this situation, but we will stand for what is right and not back down. Our wish is for Mother Su and the President will be released immediately and democracy be restored in this country."

The ongoing protests are the largest since the so-called Saffron Revolution in 2007 when thousands of the country's monks rose up against the military regime. People hope this civil disobedience will not turn violent as it did 14 years ago. The number of people killed by the military back then remains a mystery.