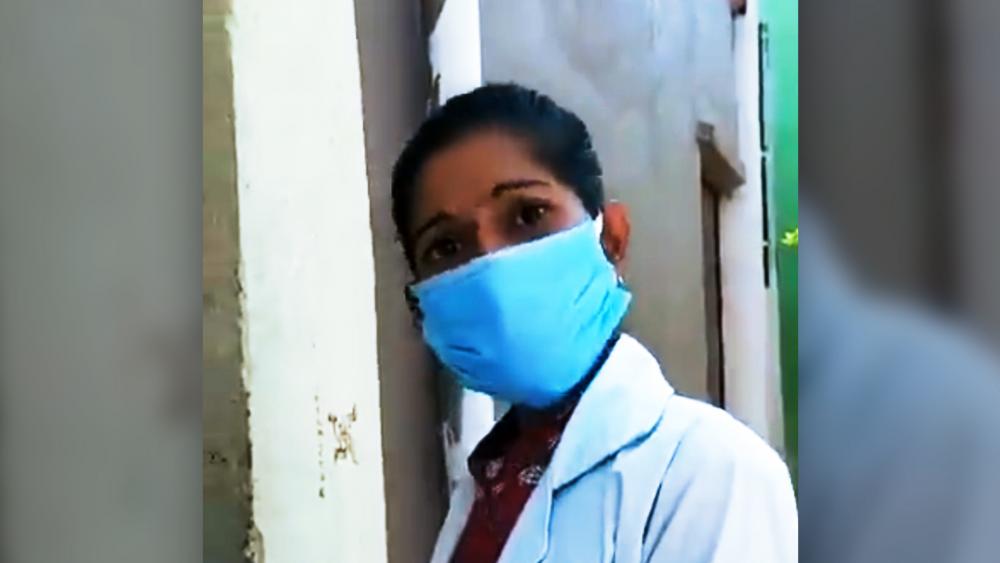 A Christian doctor working in Madhya Pradesh, central India, was placed on suspension and is facing criminal charges, accused of persuading patients to convert to Christianity.

Dr. Sandhya Tiwari was working with COVID-19 patients as part of the state's "Kill Corona" program and would offer prayers of healing to those infected with the virus, International Christian Concern reports.

A local man was offended by Tiwari's gesture and filed a criminal case, leading police to seize her cell phone and various Christian literature.

A video circulating on social media shows Dr. Tiwari trying to defend herself while a man shouts at her.

"What is wrong in telling them that God heals?" Tiwari said. "I did not tell anybody to convert or forced anybody to pray to Jesus, I am being a Christian, I told them that Jesus heals."

It is not uncommon for believers to be falsely accused of forcing people to convert to Christianity. And abuse of anti-conversion laws is widespread in India by radical Hindu nationalists who are bent on persecuting religious minorities.

A local Christian source, who asked to remain anonymous, told ICC, "This is the state of religious freedom in our state, we can be booked for a conversation that we might have with people of other faith. In most cases, the facts are twisted to suit to an agenda and sadly the state machinery are handy to victimize the minorities."

The Christian added, "If the situation is such for a medical professional, the condition for the common Christian could be much worse."

Open Doors World Watch List tracks Christian persecution around the globe and ranks India as the 10th worst place in the world for followers of Jesus Christ.