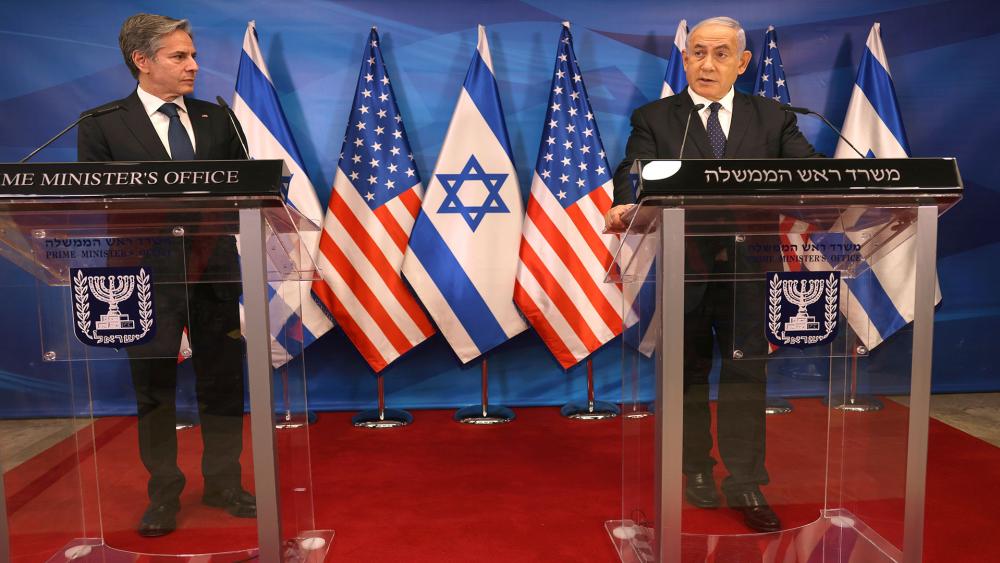 Secretary of State Antony Blinken announced Tuesday that the U.S. would reopen its consulate in Jerusalem that was shut down during the Trump administration.

Former U.S. President Donald Trump downgraded the consulate's operations and placed them under the authority of his ambassador to Israel when he moved the embassy to Jerusalem.

It will now serve as an autonomous office in charge of diplomatic relations with the Palestinians.

Blinken did not give a precise date for reopening the consulate. He announced the step after a meeting with Palestinian President Mahmoud Abbas in Ramallah.

"I'm here to underscore the commitment of the United States to rebuilding the relationship with the Palestinian Authority and the Palestinian people, a relationship built on mutual respect and also a shared conviction that Palestinians and Israelis alike deserve equal measures of security, freedom opportunity, and dignity," Blinken said.

Blinken is in the region to help shore up the cease-fire adopted last week that ended a devastating 11-day war between Israel and the Palestinian terrorist group Hamas which has control over Gaza. The fighting killed more than 250 people, mostly Palestinians, and caused widespread destruction in the Gaza Strip where Israel targeted terrorist tunnels and Hamas rocket-launching sites.

He promised to "rally international support" to help Gaza in the wake of the war. He later announced nearly $40 million in aid to the Palestinians, including $5.5 million in emergency assistance for Gaza. That brings total U.S. assistance to the Palestinians under the Biden administration to over $360 million after the Trump administration had cut off nearly all assistance to them over concerns that the money was being funneled into promoting terrorism.

Blinken has promised that any assistance will be kept out of the hands of Hamas, which does not recognize Israel's right to exist and which Israel and the U.S. consider a terrorist organization.

The move helps show U.S. support for Abbas in his fight for power against Hamas. Abbas heads the internationally backed Palestinian Authority, which administers parts of the occupied West Bank but whose forces were driven from Gaza when Hamas seized power there in 2007.

Blinken faces the same obstacles that have stifled a wider peace process for more than a decade, including Palestinian divisions and deeply rooted tensions surrounding Jerusalem and its holy sites.

The administration had been roundly criticized for its perceived hands-off initial response to the deadly violence from its Democrat allies in Congress who demanded it take a tougher line on Israel. Biden repeatedly affirmed Israel's right to defend itself from rocket attacks from Gaza.

As CBN News reported, in his meeting with Blinken on Tuesday, Israeli Prime Minister Benjamin Netanyahu told the top U.S. diplomat he hoped the U.S. will not renew the nuclear deal with Iran and that if necessary Israel will chart its own course.

"We also reiterated that whatever happens Israel will always reserve the right to defend itself against a regime committed to our destruction, committed to getting the weapons of mass destruction for that end," he said. 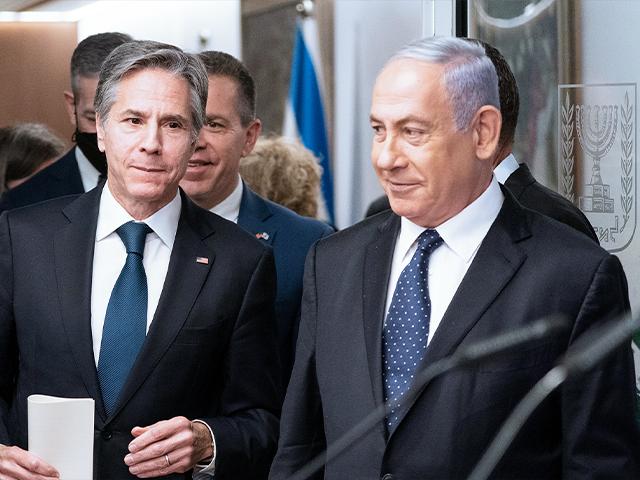