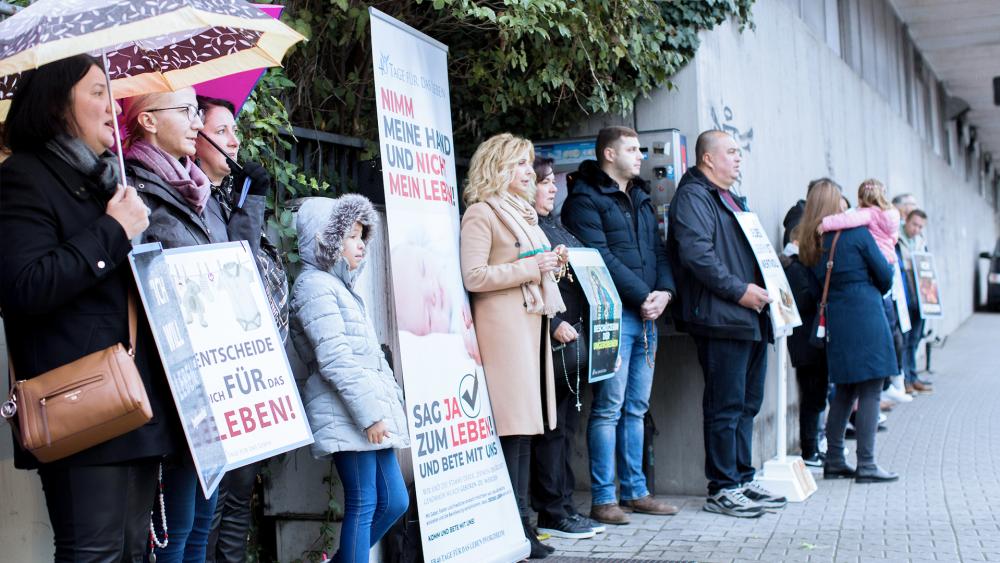 A German court has upheld a local municipality's ban on holding a prayer vigil in front of an abortion center.

CNA Deutsch, the reporting partner of the CNA Daily News, reported the Karlsruhe Administrative Court handed down the judgment on May 14.

As CBN News reported last week, the pro-life advocacy group 40 Days for Life challenged the local authorities' ban on conducting a silent prayer on a public sidewalk in front of the Pro Familia, a pre-abortion advisory center located in Pforzheim, Germany.

Attorneys for ADF International, a faith-based legal advocacy organization, went before the national court on May 12 to argue the group's case after they were barred from gathering to peacefully pray near the center.

Pro Familia is a member of the International Planned Parenthood Federation, according to the CNA Daily News.

Reacting to the court's decision, Pavica Vojnović, the leader of the prayer group, said: "Every life is precious and deserves protection. I am saddened that we are prevented from supporting vulnerable women and their unborn children in prayer."

"It saddens me that the court has dismissed our lawsuit, thus indirectly approving the ban on our silent prayer vigils near the abortion counseling center," she continued.

"We are still awaiting the reasons for the verdict, but the dismissal of the case obviously fails to recognize that freedom of expression is the foundation of any free and fair democracy. What kind of society denies prayer to women and children in need?" he asked.

"Regardless of whether one shares their views in substance or not, there should be agreement that the fundamental rights to freedom of expression, religion, and assembly enjoy the protection of the Basic Law," Böllmann noted.

Vojnović told the CNA Daily News this case means more than pro-life groups praying in front of an abortion center.

"Our society needs to provide better support to mothers in difficult situations. This issue touches me deeply because I have accompanied many women through this pain."

"This is about more than our group in Pforzheim, namely also about whether prayer-free zones are allowed to exist, or whether one is allowed to hold different opinions in public space. That's why we want to continue," she said.

As CBN News reported, two years ago, the local municipality had suddenly denied permission for the 40 Days for Life group to hold vigils near the Pro Familia pre-abortion advisory center.

Twice a year, around 20 people had gathered to pray for the women facing abortion, and the lives of their unborn children. The vigils took place for 40 days– silently and peacefully.

Despite Vojnović applying for and being granted all of the necessary permissions for their previous vigils, the municipality has prevented them from praying near the facility for the past 2 years.

The group was not preventing anybody from entering the building, nor were they blocking the pavement in the surrounding area. The prayer vigils were peaceful throughout the 40 days. When monitored by the police at the request of "Pro Familia", no violations were found; and yet, the management of the pre-abortion counseling center requested that the vigil be moved some distance away, or banned altogether.

Silencing of the "pro-life" message has been a reoccurring issue across Europe – from censorship zones around abortion facilities to the exclusion of "pro-life" student voices on university campuses, according to ADF International.