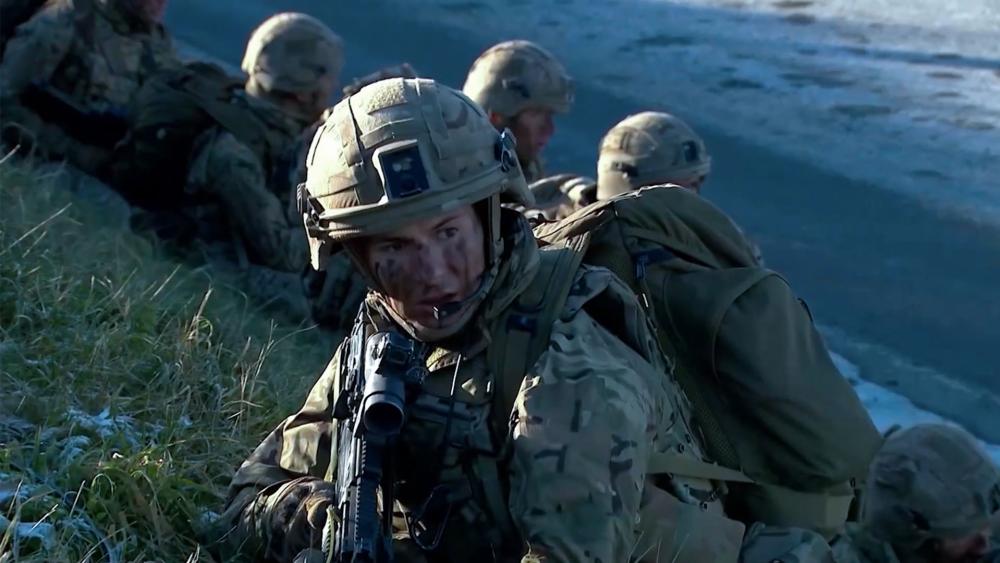 6282179940001
'America Is Unreliable': Why the US Fiasco in Afghanistan Hurts NATO Yet Again, Gives Fresh Fuel to Moscow, Beijing

BUDAPEST – For more than 70 years, NATO has served as a worldwide security force. Created by the U.S. and other western nations, NATO's first priority was to deter an attack by the Soviet Union, but now there's a growing consensus among European countries that they can no longer continue to count on the treaty's most powerful member.

The Alpha and Omega

In Hungary, a country the size of Indiana, a senior government official tells CBN News that NATO remains the alpha and omega of its security.

We visited the Szolnok Airfield where Hungary's special ops and airmen practice air assaults, reconnaissance, and dirty bomb detection. U.S. troops were here in the spring for joint NATO exercises.

Countries like Hungary once under the boot of the Soviet Union have a unique appreciation for NATO's protective power.

"They lived under that authoritarianism, they have no illusions about the intentions of Vladimir Putin and the gang in the Kremlin," Bradley Bowman tells CBN News. The veteran serves as senior director of the Center on Military and Political Power at the Foundation for the Defense of Democracies.

"I view NATO, the North Atlantic Treaty Organization as the most successful alliance in modern history," he continues.

That's because it's worked. True to its mission, the pact has deterred the Soviet Union and now Putin's Russia from attacking NATO countries.

The alliance has grown to 30 nations and its potential power is wrapped up in Article 5 of the treaty which says, "An armed attack against one or more of them in Europe or North America shall be considered an attack against them all."

The ironclad partnership was demonstrated after the 9/11 attack.

NATO allies fought and died alongside U.S. troops in Afghanistan from start to finish.

"And if anything, the challenges we see in the Asia Pacific, the rise of China just makes it more important that Europe and North America stand together in NATO," Secretary-General of NATO Jens Stoltenberg said earlier this year.

Not to mention the ongoing threat from Russia.

"We see a resurgent Russia that is undertaking a massive military modernization effort, is behaving aggressively in space, in cyberspace, on the eastern flank of the NATO alliance, in the Arctic, pretty much everywhere you look, and any successful response, in my view, to that aggressive posturing by Moscow must include a unified NATO," Bowman says.

While the NATO alliance remains firm, today there's talk of a European-based security force in Brussels.

"One of the many great just sad, sad tragedies of the Afghanistan withdrawal is that we gave Moscow and Beijing a really additional credible talking point to reinforce what they've been saying already and that is, 'America is unreliable,'" he says.

A senior Hungarian official tells CBN News when it comes to getting their Afghan partners out of Afghanistan after the Taliban took over, "We had more cooperation from the Taliban than our American allies in many ways."

That major stumble has convinced more countries of the need to upgrade European security and for the most part, U.S. leaders are expressing support.

"We certainly support a stronger and more capable European defense and one that contributes positively to the trans-Atlantic and global security that's compatible with NATO," said Defense Secretary Lloyd Austin while attending a NATO meeting in October.

Hungary is working to increase defense spending to two percent of its GDP by 2024. Nineteen of the 30 NATO countries fail to meet the standard. Given that countries already struggle with these goals, creating redundancies with a European force could play into the hands of Putin.

"I want Europe to be a net producer, not consumer of security. So, if European countries are building military capability and ideally, they're doing that in an integrated and coordinated way. Like, I don't need more German tank brigades or tank battalions, right? I don't need a single additional German tank. And it'd be nice if the Germans want to send a vessel, if they can, to the Indo-Pacific, but I really don't care. What I want from Germany is more roads, bridges, ports, and airports, cyber protection, air defense so that when Russia does what they're going to do in the Baltics we can surge forces forward through Germany to get them to the Baltics quickly," Bowman says.

For NATO, the messiness of American democracy can at times make the alliance feel unstable. In just the past five years, President Trump publicly pressured nations to pay their fair share on defense while wavering in his support, calling NATO "obsolete."

While President Biden renewed America's support, the administration then proposed a U.S. defense budget that doesn't even keep up with inflation.

"From a national security perspective we've got to get past this tribalism, we've got to get past this idea that the other side is always wrong and we've got to come together and identify common threats and develop policies that can withstand the test of time that won't be thrown out the next time the other party gets the White House or gets control of Congress because we're going to hurt ourselves if we do that and we're going to make ourselves less reliable allies." Bownman concludes.

After the U.S.-led debacle in Afghanistan, Hungarian officials say NATO countries have much work to do to repair their reputation in the world.