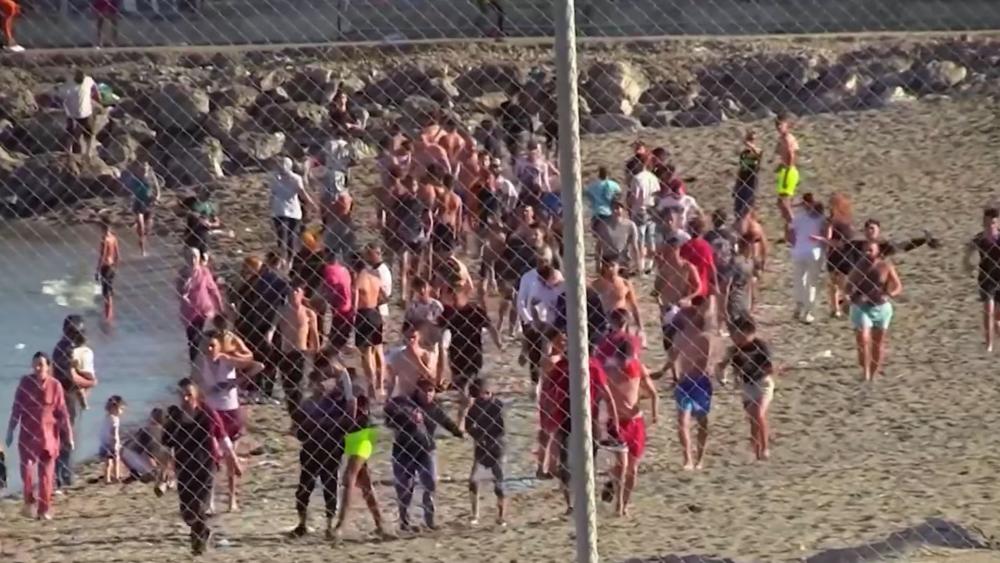 As the immigration crisis continues to unfold on the US southern border, similar issues are being seen in other western countries in Europe.

In Greece, five new holding camps are being built, to the tune of almost $300 million. At the rate migrants are crossing into Greece from Turkey, however, no sooner will the camps be built and they will be full. The number of migrants entering Europe is up over 300% since last year.

There are many other camps in Greece as well. One north of Athens holds more than 3,000 people from Iraq, Afghanistan, and Palestine.

The camp has been there for years, and it's been turned into its own little city. It's got markets, barbershops, all kinds of shops, everything they need. The only thing they can't get here is a passport or a visa to allow them to leave.

Europe has a new border force called FRONTEX which lends assistance to countries as the number of migrants continues to swell.

"It is the first time that the EU has a uniformed service. Our budget is growing. We have a lot more responsibilities. We are dealing with cross-border crime. We're becoming kind of like the border agency for the entire EU," Borowski said.

With just more than 1,400 employees at the moment, FRONTEX is slated to hire up to 10,000 people by 2024, with the threat of terrorism being a key driver for the growth.

"There are security issues and at the very least you have to know who is crossing the borders," Borowski said. "And that's the basic responsibility of any border guard organization, and certainly FRONTEX. We have to know who is coming in so that we can check them and screen them and then perhaps catch potential security threats."

"The central Mediterranean sea routes from Morocco, Tunisia, and Libya are especially worrisome, and especially so to the Italians and Spaniards, who have seen quite a few terrorists come through on boats from those territories along with larger, more benevolent refugee flows where they are camouflaging their way in," Todd Bensman, Senior Fellow at the Center for Immigration Studies told CBN News.

The scope of the problem can be seen clearly in Morocco, along the Straits of Gibraltar, which is the narrowest point between Africa and Europe. Spain is just eight miles from Morocco at that point.

There are lots Africans who would like to get across the Mediterranean and get into Europe for obvious reasons. That's been happening for a long time. But there's an even easier way, a closer way that they could get into Europe without leaving the continent of Africa. That's by getting across a fence into the tiny city of Ceuta, which is an enclave of about 80,000 people that belongs to Spain.

Ceuta has been hit hard with illegal crossings this year. At times that number has been fomented by the Moroccan government as a way of punishing Spain over disagreements between the two countries.

Borowski said, "9,000 people that ended up in Ceuta, which as you know it is a small place and so most of them were sent back, but it showed again migrants are being used basically as tools and even I'd say weapons, for larger issues."

Otman Bobo is an Algerian migrant who has already been deported from Spain twice. Still, he intends to keep trying to get in.

"At 4:30 in the morning, we entered the sea. There were two guard dogs there that smelled us. The guards told us to stop, but we kept swimming, directly to Ceuta," Bobo said.

While he was caught and sent back, the fact that he can make ten times as much money on the other side of that fence is the reason he keeps trying.

"I have a job waiting for me in the scrap yard just over there," Bobo said. "A friend who I was in prison with is holding it for me. I'm not afraid. Never. I'm 35 years old, and I've got nothing, you know? It's better to die. To be killed. 35 years old and I have nothing...it's crazy."

But the threat of more terrorists infiltrating with the migrants is very real.

"In 2020 just for example, of the ten kinetic successful attacks on the mainland, half of them were conducted by migrants or people who came in as migrants. There's some thought that at least a few of them were sent in on purpose by ISIS external operations division," said Bensman.

"You know, if you talk to a lot of groups here, anybody who is coming to Europe is a refugee. No, I'm sorry, most of the people that come are not refugees. They are economic migrants and you can have specific ways of dealing with them...but there has to be a system. You can't just open the doors and let anybody else in," Borowski added. 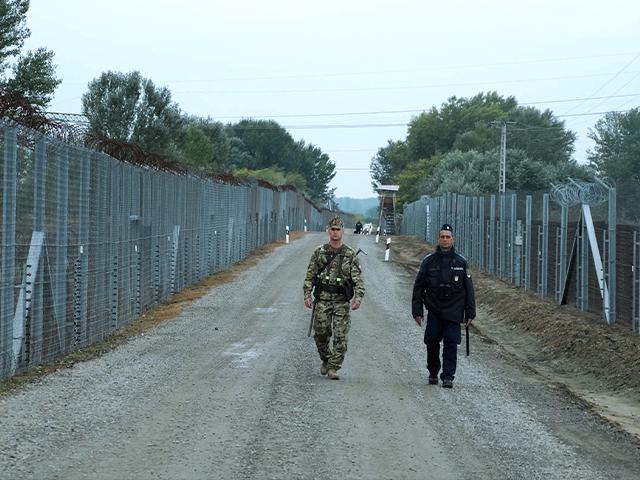 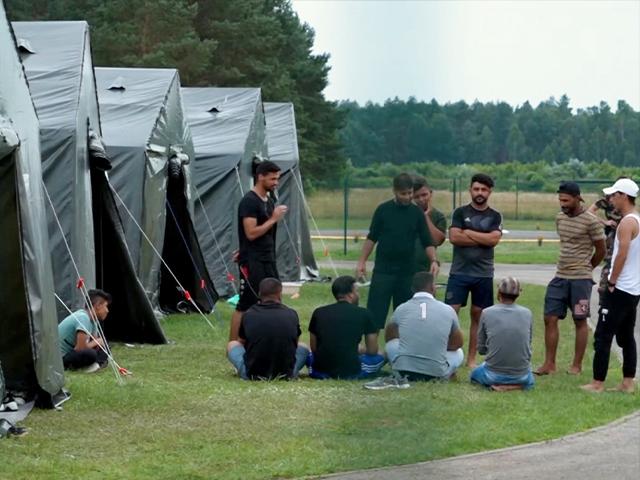