Tension Rises in Iraq After Failed Bid to Assassinate PM 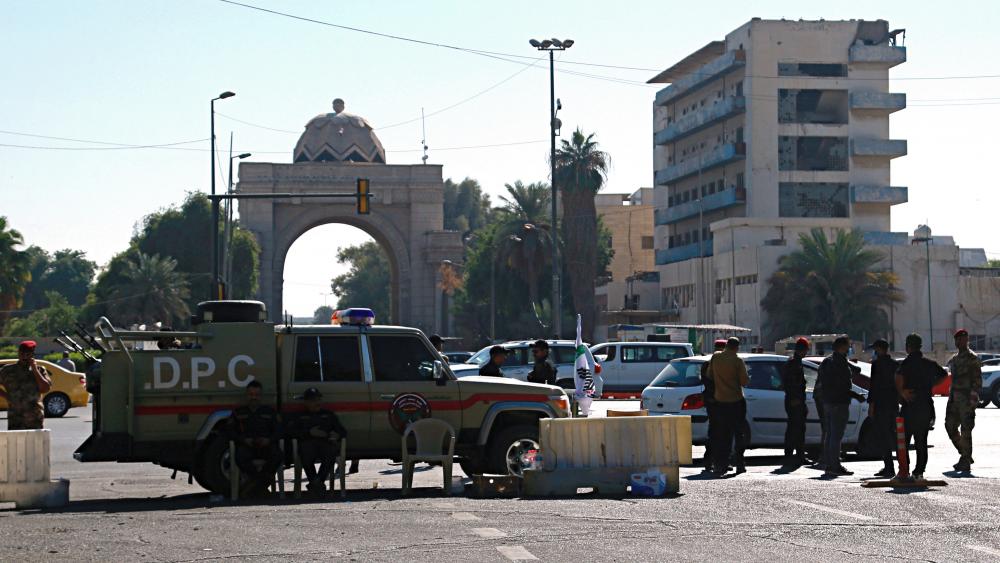 BAGHDAD (AP) — The failed assassination attempt against Iraq’s prime minister at his residence on Sunday has ratcheted up tensions following last month’s parliamentary elections, in which the Iran-backed militias were the biggest losers.

Helicopters circled in the Baghdad skies throughout the day, while troops and patrols deployed around Baghdad and near the capital’s fortified Green Zone, where the overnight attack occurred.

Supporters of the Iran-backed militias held their ground in a protest camp outside the Green Zone to demand a vote recount. Leaders of the Iran-backed factions converged for the second day on a funeral tent to mourn a protester killed Friday in clashes with security. Many of the faction leaders blame the prime minister for the violence.

Prime Minister Mustafa al-Kadhimi suffered a light cut and appeared in a televised speech soon after the attack by armed drones on his residence. He appeared calm and composed, seated behind a desk in a white shirt and what appeared to be a bandage around his left wrist.

Seven of his security guards were wounded in the attack by at least two armed drones, according to two Iraqi officials. They spoke on condition of anonymity because they were not authorized to give official statements.

Secretary of State Antony Blinken talked with al-Kadhimi on Sunday to relay U.S. condemnation of the attack and to underscore that the U.S. partnership with the Iraqi government “is steadfast,” State Department spokesman Ned Price said.

A security video showed the damage to his residence: a van parked outside the residence badly mangled, a shallow crater near the stairs, cracks in the ceiling and walls of a balcony and broken parts of the building’s roof. Two unexploded rockets were filmed at the scene.

There was no claim of responsibility, but suspicion immediately fell on Iran-backed militias. They had been blamed for previous attacks on the Green Zone, which also houses foreign embassies.

The militia leaders condemned the attack, but most sought to downplay it.

It was a dramatic escalation in the already tense situation following the Oct. 10 vote and the surprising results in which Iran-backed militias lost about two-thirds of their seats.