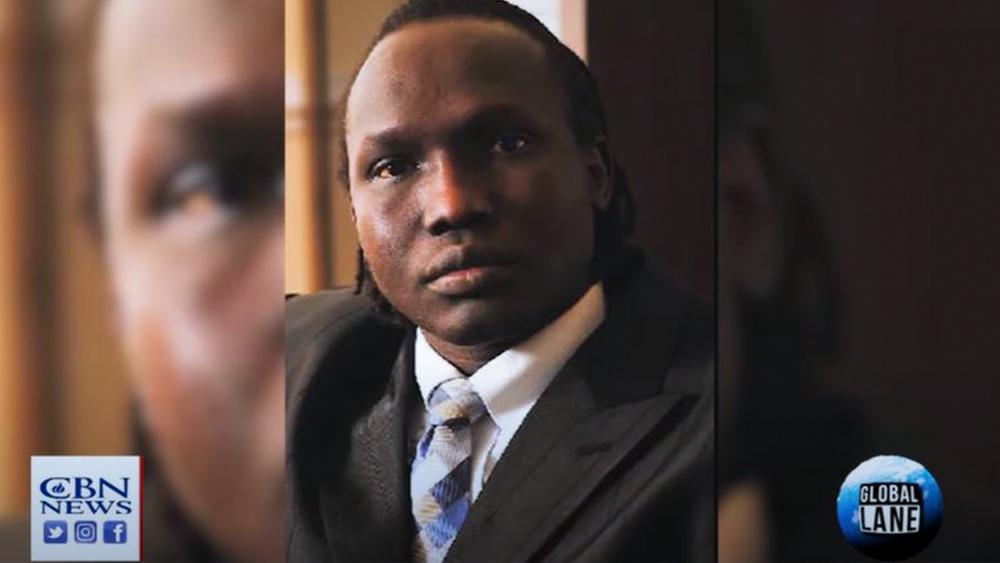 A former African slave is telling Black Lives Matter and Critical Race Theory advocates that they need to go back to school to understand what is happening in Africa today and to learn that the United States offers them unique opportunities that they are unlikely to find elsewhere.

"The United States is the only country that can free you, (where) you can get a decent job and be a free man." Bol Gai Deng insisted.

Deng is a former slave and South Sudan presidential candidate.

In this week's episode of the CBN News Channel program The Global Lane, Deng explained that he became a slave in 1987 after the Sudanese government-backed Mujahadeen raiders kidnapped him and burned down his village.

Deng and more than 700 other captured children were forced to walk through the bush, 250 miles from their homes. He was only seven years old when merchants took him to northern Sudan to be sold into a life of brutal enslavement.

"I was beat up, I was told what to do, and sometimes they used to put chains on my legs to the point where I would become so disciplined to my master," Deng recalled.

He escaped after three years in captivity and eventually made his way to Khartoum where he found help from a Catholic charity. Later, he traveled to Egypt where he was offered asylum in the United States.

He said  BLM and CRT advocates can learn a few lessons from former slaves like him.

"They need to understand that slavery still exists in Africa today (where) more than 9.2 million (people) are still in captivity in slavery."

Deng said Libya is just one example. He claimed that women in the north African country are still being sold into slavery for as little as $400 each.

Also, he suggested that people obsessed with America's slave and racist past should view the country as a land of advancement and freedom.

And although new elections have yet to be scheduled in South Sudan, Deng has declared his candidacy for president.

How will he bring people together in a nation where the majority Dinka and minority Nuer tribes are still fighting one another?

Deng suggests tribal divisions will end once the people of the world's newest nation embrace Christian values and begin to view themselves as Southern Sudanese instead of members of a specific tribe.

"I think what they need right now is a good leader who will understand that what is going on in South Sudan is the lack of leadership--and that is a tribal line," the former slave explained.

"We in the Christian community believe in love," Deng said. "We believe in peace. We believe in unity and my life in America taught me so much to the point where if you live in the United States, you are an American citizen and I believe the same philosophy could take place in South Sudan by leadership."

Watch Gary Lane's interview with Bol Gai Deng below. The Global Lane can be seen at 9:00 pm Wednesdays on the CBN News Channel.