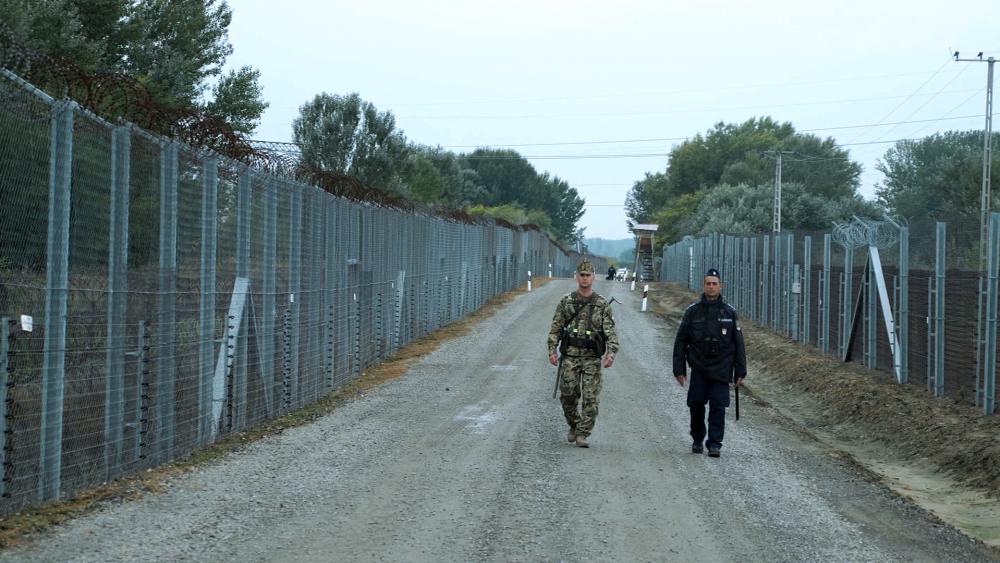 6278769476001
'Judeo-Christian Values are Something I Am Willing to Fight For': European Nation Unapologetic About Protecting Borders and Christian Culture

As the U.S. struggles daily with illegal immigration along the southern border, one European nation is unapologetic about its efforts to protect its culture from migration despite intense global criticism.

It's often referred to as a wall, but it's really a fence fortified with barbed wire, a system that alerts border patrol when it's touched, and an electric shock deterrent.

There's also a message broadcast in seven languages that urges people to stay away from the fence and apply to enter the country legally. "Approaching the border fence or touching it can cause injury or pain...I urge you to refrain from committing the crime," the message says.

The fence went up six years ago when hundreds of thousands of migrants from Syria and other countries stormed through the country on their way to Germany.

Border police say it's still mostly men trying to cross the border who often approach the fence in military formations. Today, hundreds of migrants attempt to cross every day which is a big number for a country about the size of Indiana. Now officials are bracing for another wave from Afghanistan.

Protecting Against a New Wave

"Around 400 Afghans, including the family members, are now in Hungary and we definitely will take care of them. But here there is a full stop at the end of the sentence. We will not receive anyone else. We will protect our border. We will withstand the pressure. And we will continue to stick to our own right to make our own decision, whom we allow to enter the territory of our country and with whom we are ready to live together," Hungarian Foreign Minister Peter Szijjarto said at the UN General Assembly last month.

Hungarian officials tell us that in the summer of 2015, 150,000 refugees were walking across the border every month - walking miles across quiet farmland, shocking the residents.

"There was a lot of damage to the agriculture. There were some farms, you know, and they (migrants) just went into the houses which was very much irritating to the people living here," Gen. Bakondi Gyorgy, National Security Adviser to the Prime Minister tells CBN News.

He says there's no way security officials could have handled the surge without a physical fence. "The fence was needed in order to protect and prevent this influx, the actual invasion," says Gen. Gyorgy.

In a country informed by its history of occupations by oppressive regimes and a post-WWI treaty that dramatically reduced its size, Hungary is unapologetic about preserving its culture built on the foundation of Christianity.

Under Soviet rule, Pastor Sandor was forced to practice his faith underground.

"I believe it's a tragic mistake to waste the heritage of the Apostle Paul. God sent the Apostle Paul into Europe. He laid the foundations of Christianity on the continent," Sandor explains.

"We think that migration is harmful. It creates parallel societies, people losing their roots and their traditions," Tristan Azbej, State Secretary for the Aid of Persecuted Christians and Hungary Helps, tells CBN News.

"Also, promoting migration gives room to trafficking organizations and has also many security concerns," he continues.

Azbej and other officials say they're not opposed to legal migration, but the government believes it's better to help people where they are rather than transplanting them to a foreign culture.

And in the face of criticism from the European Union and much of the world, Hungary sees securing the nation's border as a key to survival.

"The Judeo-Christian revelation and values are something I am willing to fight for at the moment," Sandor says.