Is Australia Under Lockdown Still a Free Country? 'The Media Has Just Scared People Senseless' 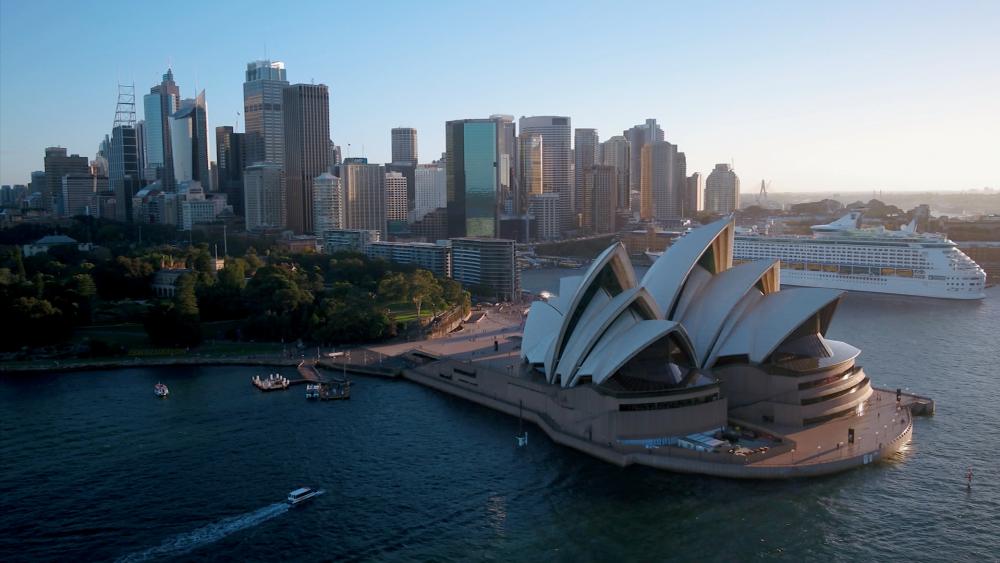 6273716807001
Is Australia Under Lockdown Still a Free Country? 'The Media Has Just Scared People Senseless'

In a now-viral tweet, an Australian posted what they said is a view of the world’s largest prison from space.

It’s a map of Australia.

Australia used to be known as one of the freest countries in the world. Then COVID struck, and the loss of freedom has some saying Australia has turned into a police state.

Australia is still officially a democracy, but its COVID restrictions are severe. It’s hard to enter or leave the country unless you’re a politician or a celebrity. Citizens are tracked with apps and soon by facial recognition. In some states, you must have your phone scanned before entering a church. And some have been arrested for simply posting on social media about protests against COVD restrictions.

The rest of the world is starting to ask if Australia can still call itself a free country.

Australia’s lockdown has been so draconian, it’s brought comparisons on social media to how Australia began, as a prison colony.

A pregnant Australian mother was handcuffed and hauled away by cops in front of her children for simply posting on Facebook about a planned lockdown protest.

The charge was incitement.

The leader of an anti-lockdown group, also arrested for incitement, has been in jail for three weeks.

The “Heavy-handed Despotism” in Australia Has Been “Appalling”

James Allan, Garrick Professor in Law at the University of Queensland, calls it “heavy-handed despotism.”

“It's been appalling in Australia,” Allan says, “and I say that as a big fan of Australia. I'm Canadian. But it’s come as a real shock to me, how people have reacted in Australia.”

Australia consists of six states and two territories, each with its own COVID restrictions.

Under a new home quarantine plan, if you don’t send the government your photo and location when it sends you a text, the police will come to your door.

Melbourne Pastor Paul Furlong has been arrested three times and been placed in solitary confinement for opening his church during the lockdowns.

“The reason I did was for what I believe was a greater law and that was to obey the Word of God. And so I had to choose God's law and not man's law.” Furlong said.

One church in Sidney was raided and fined for holding what authorities called an illegal church service and for not scanning people’s phones before entering.

Some pastors are now concerned that the government could soon require a vaccine passport before entering a church.

Loss of Freedom Has Been “Normalized”

We asked Evan Mulholland at Australia’s conservative think tank, the Institute of Public Affairs, if he still considers Australia a free country.

“Well, it's a good question,” Mulholland replied, “It's a question a lot of people across the political spectrum have been asking. These things don't happen in a vacuum. They happen when the political and cultural elites slowly take away our freedoms and they become normalized.”

Australians have also begun turning one another into authorities, East German style. When an Australian mother was desperate to find a way home with her son and needed to cross a state border, violating lockdown restrictions, she was turned in to police.

And for What? Less Than 12-hundred COVID Deaths

With this kind of behavior, you might think many thousands of Australians have died from COVID.

Almost three times that many Australians die every week from normal causes.

But one poll showed most Australians favor living without freedom because they are more worried about COVID than any other western nation.

Allan says, “The media has just scared people senseless. The average person thinks, ‘If I catch this, I'm going to die.’”

There have been several large and sometimes violent demonstrations against the lockdowns and against planned vaccine passports, and hundreds have been arrested.

Wow huge numbers of people coming out against the tyranny they are facing in Australia pic.twitter.com/pxzNhuh1gO

Australian Leaders: You Can Have Your Freedom When You’re Vaccinated

The government says the death toll would have been much worse without a lockdown, and now says life can only return to normal when most of the country is vaccinated.

It’s a quote that’s being talked about a lot these days.