Psalm 22: An Amazingly Accurate, Faith-Building Prophecy of Christ's Death on the Cross 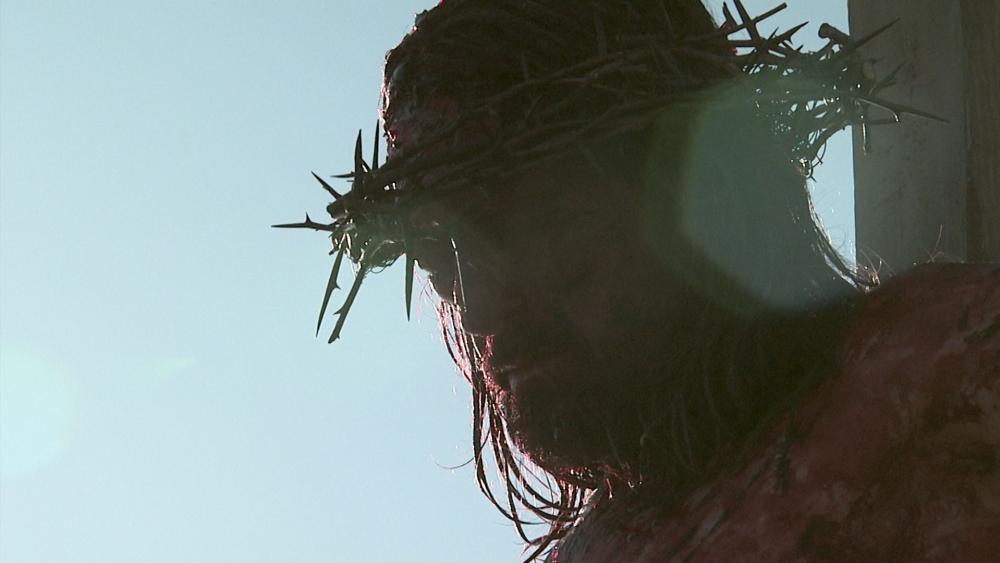 Jesus said on the cross "My God, my God, why have you forsaken me?" When as a new Christian I read that, it really shook my faith. Because it kind of sounded like Jesus was losing His. Well, when you find out what's actually going on with those words, it can take your faith from shaky to sure.

Jesus was quoting Psalm 22, verse 1 word-for-word. While he could hardly breathe up on the cross, He certainly couldn't quote the entire long psalm, but with those few words He could manage, He was pointing the way, guiding people to go read Psalm 22.

Nailed It, Down to the Tiny Details

Since it was written a thousand years before Christ's birth and also before crucifixion was invented, Psalm 22 is an amazing prophetic look at exactly what would happen that historic crucifixion day, down to the tiny details.

I went through it verse by verse with Bishop Bart Pierce of Baltimore Maryland's Rock City Church.

First off, Jesus knew He wasn't being forsaken. He volunteered to make this blood sacrifice because as the pure Lamb of God, He was the only one who could take away the sins of all mankind by shedding His perfect blood for them.

'The Purest Lamb There's Ever Been'

"He was the Lamb slain from the foundation of the world. It was the purest Lamb there's ever been," Pierce said. "There was no purer blood than His blood."

But since a holy God can't be in the presence of sin without doing something about it, Pierce stated, "He was turning His face, because He couldn't look at sin." And at that time as Jesus took on the sins of the world, He became sin personified.

Still, Jesus by pointing us to Psalm 22, let mankind know that time of His heavenly Father turning from Him would end, and later in the psalm, in verses 23-24 declared, "You who fear the Lord, praise Him! All you descendants of Jacob, honor Him! Revere Him, all you descendants of Israel! For He has not despised or disdained the suffering of the afflicted One; He has not hidden His face from Him but has listened to His cry for help."

Psalm 22 Foresaw the Night that would Come in the Day

Still, King David in Psalm 22:2 describes Christ on the cross earlier declaring "I cry out by day, but you do not answer, by night, and am not silent."

Pierce pointed out how Christ was crying out from the cross both in the day and night, as God turned the day-time world dark for three hours. Or as Matthew 27:45 put it, "From the sixth hour until the ninth hour darkness came over all the land."

Pierce explained the New Testament describes those hours, "When darkness came on the earth, it says, and there was thundering and lightning and the earth shook."

Psalm 22:12 has confused people over the years: "Many bulls surround me; strong bulls of Bashan encircle me."

Bashan was where the strongest, beefiest, fiercest cattle lived in Jesus' time. Some scholars think Jesus is really referring to his fierce enemies like the Pharisees. Others believe he's speaking of the strong, beefy, bull-like Roman soldiers who tortured Him and nailed Him to the cross.

Interestingly, when it says strong bulls "encircle me," the words are better translated "crown me." Remember, it was the Roman soldiers who jammed a crown of thorns onto Jesus' head.

Jews in that day referred to Gentiles as "dogs" and verse 16 says "Dogs have surrounded me; a band of evil men has encircled me, they have pierced my hands and my feet."

The psalmist wrote it many, many years in advance of crucifixion's invention. As Pierce put it, "Before that was ever even thought about."

Both the Dividing & Casting Lots for Garments Foreseen

Verse 18 says, "They divide my garments among them and cast lots for my clothing."

The Gospel of John 19:23-24 relates, "When the soldiers crucified Jesus, they took his clothes, dividing them into four shares, one for each of them, with the undergarment remaining. The garment was seamless, woven in one piece from top to bottom. 'Let's not tear it,' they said to one another. 'Let's decide by lot who will get it.'"

And King David's description of the agony caused by crucifixion is eerily accurate.

Verse 14: "I am poured out like water, and all my bones are out of joint. My heart has turned to wax, it has melted away within me."

Pierce said of crucifixion, "All your liquids run out or your body and they go to your feet." And that makes it feel like your heart has turned to wax and melted away. Also, the downward drag pops many bones out of joint.

"He would have become so parched of mouth," Pierce said of those hours. "He was losing His liquids in His body."

Psalm 22 Describes Exactly What the Crowd Would Do, Say

Verses 7 and 8 share exactly what Jesus' enemies would do and say at the cross: "All who see me mock me; they hurl insults, shaking their heads; 'He trusts in the Lord; let the Lord rescue him.'"

Then listen to how Matthew 27:39, 41-43 describes what actually happened: "Those who passed by hurled insults at him, shaking their heads" and "…the elders mocked him. 'He trusts in God. Let God rescue him.'"

King David in the distant past nailed this scene word for word.

"David had a divine revelation," Pierce stated. "And you can no longer, once you read Psalm 22, you cannot separate it from the crucifixion, from the story in the Gospels. The two must stay together."

The second half of Psalm 22 turns powerfully positive, with talk of a global faith, saying in verse 27, "All the ends of the earth will remember and turn to the Lord, and all the families of the nations will bow down before him."

As Pierce put it, "David saw there was coming a day where all these things would make sense and the Messiah would come. And when He did, mankind would know to turn towards Him."

Psalm 22 speaks of eternal salvation in verse 26: "…they who seek the Lord will praise him – may your hearts live forever!" And in verse 29, "…all who go down to the dust will kneel before him – those who cannot keep themselves alive."

They can't keep themselves alive, but Jesus can. And He can give them eternal life.

Pierce commented, "The one on that cross is about to change mankind…and David saw that!"

Verses 30 and 31 conclude the psalm by describing a faith going on into the ages, saying, "…future generations will be told about the Lord. They will proclaim his righteousness to a people yet unborn – for he has done it."

And Pierce shares how the psalm delivers a final surprising revelation, explaining, "It says there in the Amplified, that last statement in verse 31, it doesn't just say 'it's done.' It says the words 'it is finished.' And that's the very word that Jesus used: 'It is finished.'"

So Jesus on the cross said the exact first words of Psalm 22, and then his final words were the exact last words of Psalm 22. He was definitely pointing us to this amazing thousand-year-old prophecy about His death and its results even in the moments He was completing His sacrifice to save all mankind.

The next two psalms allude to what happened after the crucifixion. In death, Jesus went down to hell and warred with Satan, ripping away from him the keys of life and death. Psalm 23 says, "Even though I walk through the valley of the shadow of death, I will fear no evil," and "You prepare a table before me in the presence of my enemies."

And Psalm 24 then describes Christ's glorious ascension back into heaven after His resurrection, saying, "Lift up your heads, O you gates, be lifted up, you ancient doors, that the King of glory may come in. Who is this King of glory? The Lord strong and mighty, the Lord mighty in battle."

From that cross on, He warred for the souls of men…and He won the battle for all eternity. 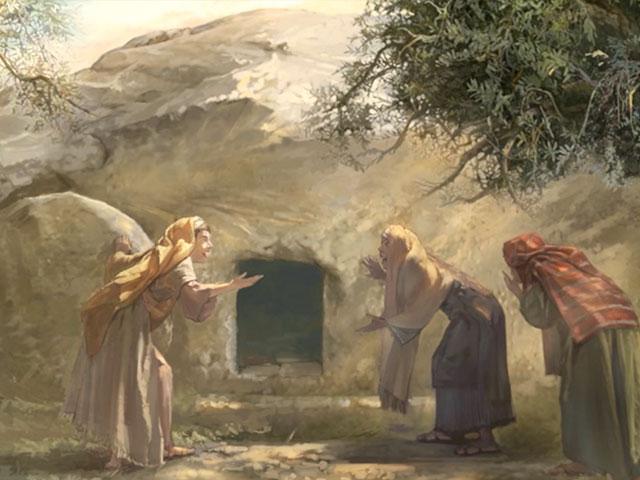