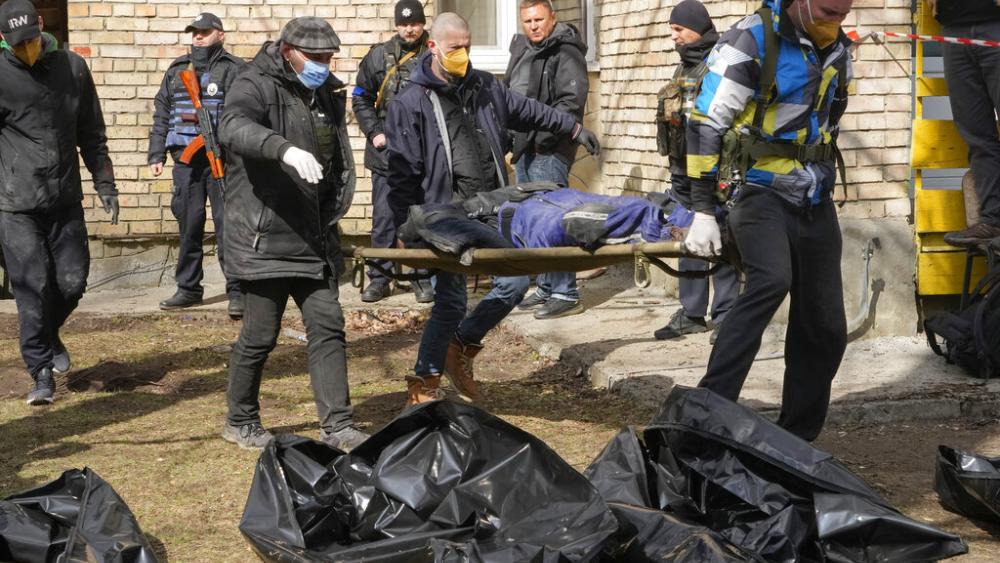 WASHINGTON – Russia's military retreat from areas around Kyiv has given way to horrifying scenes of death and destruction. The Kremlin has called the images a "hoax" as President Biden and NATO allies vow new sanctions against Russia.

On Monday, Ukrainian President Zelenskyy visited Bucha, a town on the outskirts of Kyiv, where Ukrainian officials claim the Russian military killed hundreds of civilians before retreating. "It's war crimes that will be recognized as genocide by the world," said Zelenskyy. "You're here and you see what has happened. We know about thousands of killed and tortured people."

The graphic images show civilians left scattered across streets and buildings – some blindfolded and shot at close range – and a mass grave outside the Church of Saint Andrews.

One man told Zelenskyy he saw 12 people killed who were simply riding their bikes or traveling by car.

President Biden is vowing to impose more sanctions against Russia and says Vladimir Putin should be tried for war crimes. "He is a war criminal," said Biden. "This guy is brutal and what's happening with Bucha is outrageous and everyone's seeing it."

The State Department says the atrocities weren't the act of rogue soldiers but an intentional strategy.

U.S. officials are now warning Russia is shifting troops to Ukraine's east and south. "We should be under no illusion that Russia will adjust its tactics," said National Security Advisor Jake Sullivan.

In Mariupol, the struggle persists where some 100,000 civilians are still trapped as Russian and Ukrainian forces engaged in heavy fighting. "I can tell you without exaggeration and with great sorrow that the situation in Mariupol is much worse compared to what we've seen in Bucha and other cities," said Ukrainian Foreign Minister Dmytro Kuleba.

France and Germany are now expelling dozens of Russian diplomats and French President Macron is calling on the U.S. to consider sanctions against Russian coal and oil.

The U.S. says it will push the United Nations General Assembly to remove Russia from the Human Rights Council. 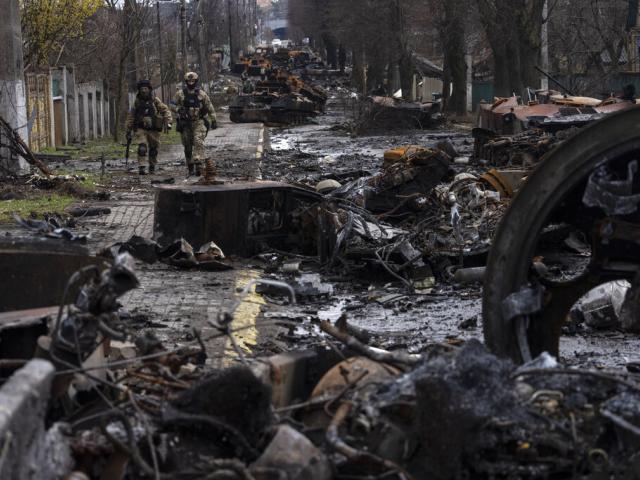